Life’s brutal and beautiful are woven together so tightly that they can’t be separated. Reject the brutal, reject the beauty. Glennon Doyle

I never fully grieved the loss of my second child, the girl who died in utero on New Year’s Eve 1996. Eleven and a half weeks. Old enough to have taste buds. Big enough for my body to know she was there, but too small to feel her fluttering inside me. Her dying a quiet blindside I hadn’t even considered.

My baby’s death introduced me to the sweet grace that’s possible when other grieving souls share their hearts. The comforting reassurance of knowing I wasn’t the only one, the warm embrace of feeling less alone.

I no longer remember how the word got out, but when I took Jimmy back to preschool after the holidays, mom after mom pulled me aside to share miscarriage experiences. Their shock and horror when it happened. The shame and guilt they felt. The way they resented their bodies for betraying them. How terrified they were to get pregnant again.

After class ended, I went outside to convince my little superhero it was time to leave his wooden fort in the backyard of the preschool. While I was waiting for “just five more minutes, Mom” to pass, Julia’s mom walked up to me. Although warm and kind, she was quiet and reserved, often keeping to herself when she picked up her daughter, and we had never had a personal conversation before. She told me how sorry she was, that she understood how devastating such a loss is, how daunting it feels to think about trying to have another baby. That she had had seven miscarriages in between her two children. The anguish she felt deciding that her eighth try would be her last because she couldn’t bear the heartbreak of another miscarriage. The elation of that final pregnancy that produced Julia, a gentle. willowy, dark-haired girl in Jimmy’s class. The baby that made the never-to-be-forgotten losses worth carrying.

Three months later, I got pregnant with Molly. Distracted by all that I now knew could go wrong and thrilled to be carrying the baby girl I feared I wouldn’t be lucky enough to keep, I stopped mourning. And once Molly arrived, healthy, strong and full of personality, I couldn’t imagine a world without her. My first experience with a both/and life. The way the universe can rip away with one hand and offer you joy with the other. 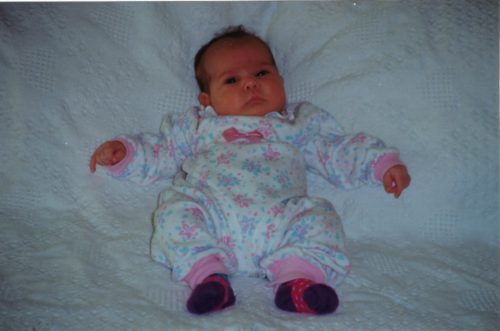 When Jimmy spoke at LIVESTRONG Foundation events about his experience with cancer – the fear, the pain, the misery, he would always end by talking about how grateful he was. For the people he would otherwise never have met, the wrought iron friendships he’d made, the life lessons he’d learned, the kinder person he’d become. A wisdom and grace I sat in awe of whenever he shared it. A cruel, unfair tradeoff that I raged against after he died.

And yet, to ignore the gifts of the eight years he lived with brain cancer is to diminish Jimmy’s life. The way his illness cemented us together as a family. The adventures, laughter and time we never would have had. How deeply I got to know my son. The way being his mother changed my life. The realization that even if I had known in advance I could only have Jimmy for 21 short years, I would take that deal, every .. damn .. time.

Jimmy lived in the foggy gray ambiguity of life. The spot where he could see the pain in the bully’s eyes and stand up for himself anyway. The place where he willingly gave his whole heart to his five-year-old friend Gage and let it shatter when Gage died of cancer four years later. The site where he could acknowledge everything cancer had stolen and still find a way to be grateful for what remained. A place where distractions were everywhere and he still found a way to focus on who mattered most to him. A place where his hopes got dashed over and over again, and he continued to believe there was something better waiting down the road.

Even six years on, there are still days when I want to climb into the tar pit of grief and set up camp. To proclaim to anyone who will listen that I have suffered the greatest loss. To wear my gold medal for winning the grief Olympics. To insist that this pain will never cease and my life will never be the same. To wallow, not just in my own tragic loss but those of so many other mothers whose children will never live to a ripe old age. But as soon as I begin thinking of those brave mommas, my grief sisters, the women who’ve walked this path with me from the beginning, joined me along the way or held my hand while they led me back to the light, I remember the beauty that accompanies the brutal, and I start to scrabble my way back out of the hole.

Jimmy’s death unlocked my sadness about his unborn sister. The unfairness of being robbed twice. The wondering about who she might have grown up to be, about what her life would have been like. The autopsy showed she had Turner’s Syndrome which gave her only a 1% chance of survival. Her spark snuffed out by my own body because of a random genetic act resulting in a missing X chromosome. A chance occurrence that would have shortened her life expectancy had she survived and burdened her with a litany of health issues. A death that gave birth to the possibility of my fiery, tough, loving youngest daughter. A reminder of what could have been and everything that would have been lost if it had. A tiny glimpse of the holy that lies at the ragged edges of pain where one life ends and another one begins. 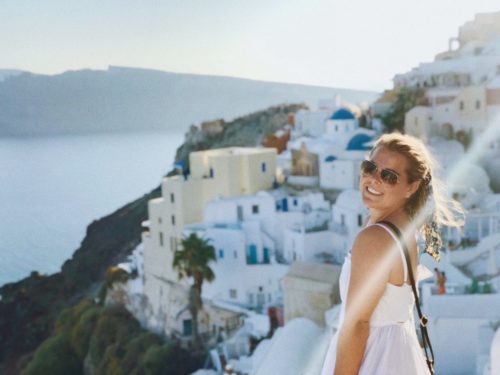