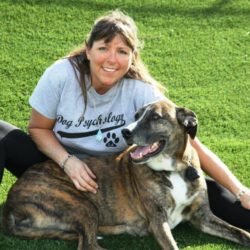 A Love Letter to Juliette

Dawn Scheyhing is a gifted dog trainer and the owner of Balanced Creatures. She has a lifelong commitment to helping animals that inspired her career in veterinary hospitals, rescues, pet services and the challenging role of canine/human translator. Her focus is on helping dogs and their owners become balanced creatures.

The adventures of Mrs. Juliette Wigglebutt came to an end on Friday …

When I pulled this scrawny, furious, wiggly, wounded monster off death row over three years ago, my plan was to rehab her so she could help me help other dogs. While things did not unfold as I had envisioned, she has helped me become a better trainer and a better person. 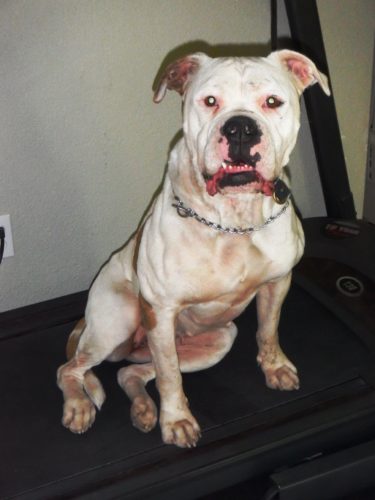 Juliette’s first day with us. She weighed 63 pounds and was covered with wounds and scars.

Juliette was such a loving dog! The tremendous amount of love she had in that huge heart of hers just beamed right to the core of your soul as she stared at you with her huge saucer eyes. When she was frustrated with me, she would exhale in a way that would flap her mouth like Bill Nighy’s character in The Pirates of the Caribbean. When she took her last breath on Friday night, curled up in her favorite spot in the cab of our truck, those gums flapped for me, and I smiled through my sobs as we said goodbye. 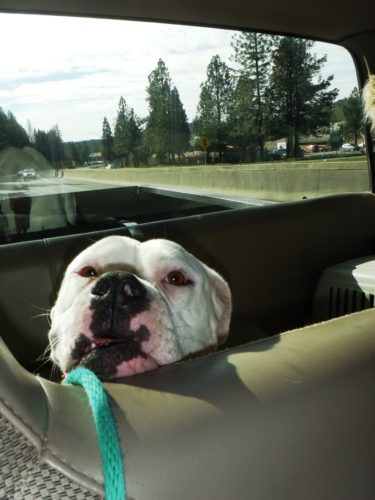 Juliette would snort. She would slobber all over your clean pant leg every time! Oh my God, how she shed! There were always white snow drifts around her crate. I cannot bear the thought of vacuuming up this beautiful white hair for the last time.

She shit aliens! And then she’d eat them, if you didn’t watch her. She was gross.

She would inhale your scent as if your essence was some sweet, exotic ambrosia that must be savored within her overactive olfactory system.

She was so present .. 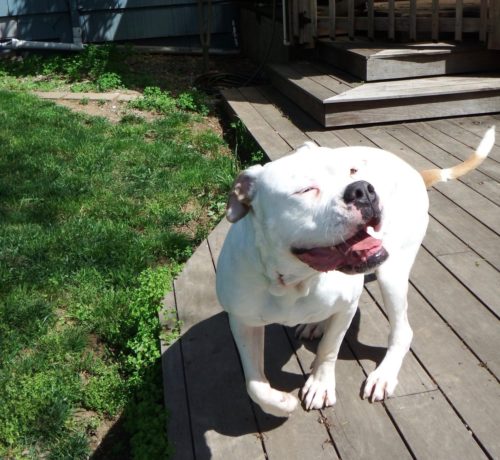 I jokingly called her my Schmoopsie Poo, belying the seriousness of her behavior. Some of her idiosyncrasies and reactivity were her nature. Some were the result of the trauma and mistreatment she experienced before being seized by Animal Control.

Some of her behavior was downright dangerous. She was a very serious dog. My ideas of her calmly interactive with The Pack and cuddling up with them were soon replaced with the realities of managing a truly aggressive dog

To help her, I had to expand my knowledge base and grow in my handling abilities. One of our first adventures together was an RV trip to a Missing Link workshop with Cheri and Brian. I am forever grateful to them for their guidance and support. I fell in love with Juliette the Juggernaut on that trip, seeing her flaws, yes, but seeing her try so hard! She would do everything she could to please me. It was humbling. It was beautiful. 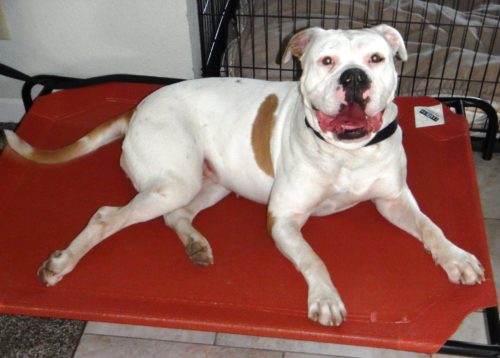 We learned from Tyler Muto at Brackney’s Pet Services, had countless trips into the canyon and socials with Tammy of K9Bliss and spent endless hours walking, training and playing. Tammy took us on our last road trip together to attend my third Dealing with Difficult Dogs workshop. It was here that I saw who she really was. The nature vs. nurture question was fully answered for me.

As the name suggests, there were plenty of difficult dogs in attendance. Juliette would scan the faces of these dogs, actively seeking out the most aggressive, the most reactive, the most like her. This compulsion, this primitive need to fight was the only thing stronger than her love for me. I was always trying to get to some magical light bulb moment for her. That epiphany! As it turns out, I was the dim bulb. Rehabilitation is defined as returning one that has been damaged to its natural state. Juliette was expressing her natural state, and no amount of training, conditioning or loving was going to change who she was at her core. I had finally accepted that primal part of her completely. 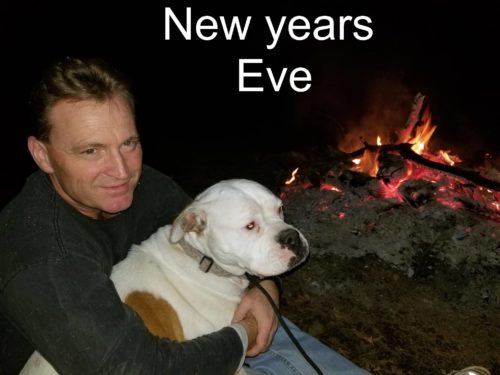 I had to redefine and reimagine what a rewarding relationship could be with a dog like her. In the end, it was my acceptance of her, for who she was truly was, that granted us a glimpse of that Divine Partnership that I seek to build with all of my dogs.

I will miss the way she would swing her ass when she stomped on the treadmill with that huge grin on her face. No one smiles like Juliette smiled. I am honored to have known her. I was her person. In the end, what more could either of us have asked for? 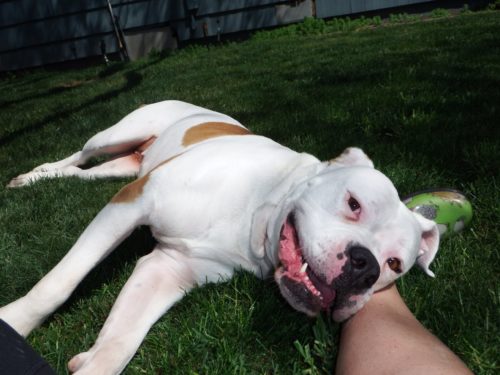