A Series Of Rooms

It’s what life is. It’s a series of rooms and who we get stuck in those rooms with adds up to what our lives are. Dr. Gregory House

His life began in a small, private birthing room thirteen hours after my labor started, forever bookmarked by the joy in Dan’s voice when he exclaimed, “It’s a boy!” before the doctor did. Passing his very first test with flying colors, the doctor pronounced him healthy and strong, and we took him home the next day.

Although he spent his first weeks in our bedroom, his own was decorated and waiting for him down the hall. As he grew and learned to pull himself up using the guard rails on his crib, we would often hear him jumping up and down or talking to himself on the baby monitor. He rarely woke up unhappy and would often entertain himself for a long time after waking.

As he grew, his room decor became more and more his own. Always a bookcase full of books and a chest of drawers with shorts and t-shirts, his uniform of choice. Legos, Thomas the Train and friends, a cadre of stuffed animal friends in the early years. Then rock and roll posters, Harry Potter, a desk he rarely used to do his homework (preferring to do it downstairs, closer to where the action was) and penguins … so many penguins. 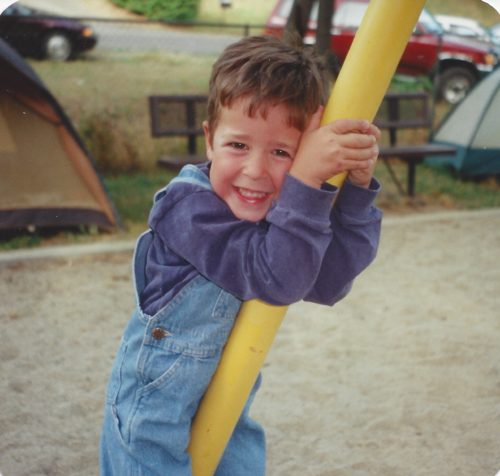 An active, athletic kid who was happiest out-of-doors when he wasn’t roughhousing in the game room or playing his Nintendo Wii, his life became defined by a series of rooms after the brain cancer diagnosis when he was thirteen. First, the emergency room, followed rapidly by the operating room and the too dark, too quiet room in the ICU, a place so scary that it prompted Molly to say, “I don’t like to look in the rooms” after she walked down the long, sterile, dimly-lit hallway.

When the cancer recurred, the cycle started again only this time, the stay in the inpatient room was longer, more difficult, more painful. There were trips in between, stays of a week or more for life-threatening infections. Out for a week or two, then back in for more treatment. A month long stay for intense chemotherapy and a stem cell rescue ended the cycle, Jimmy’s immune system even then strong enough to avoid another hospital stay for almost a year until he got shingles. That led to the worst stay of all, his pain so bad we could barely control it. 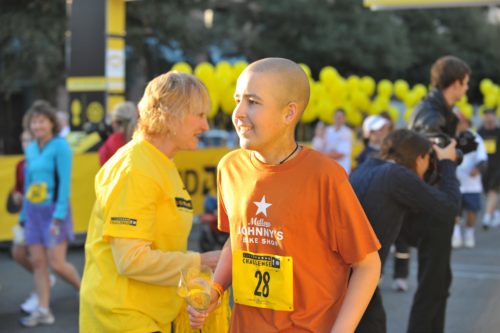 After he started college, the treatments were all outpatient. A short stop in the waiting room, a meeting with Dr. Mueller and our beloved Shannon, Jimmy’s nurse practitioner and then off to chemo with Jimmy’s favorite nurse, Katie. Even after the vein in his arm went into hiding after so much treatment, Katie could always find it, accessing him on the first try every time. Even though Jimmy often slept for much of that time, I still loved being there with him, tucked into a big comfy chair close to his bed, chatting softly with Katie and Shannon when they came in to check on him, sitting quietly listening to him breathe.

Despite the sitting and waiting and worrying, those rooms gave me the opportunity to know my son in a way I never otherwise would have. A chance to watch him test the limits of his strength, his courage, his will to live, his patience and his kindness. A place to have talks in the dark, exchange secrets, reveal truths, share laughter and make memories that I will never, ever forget.