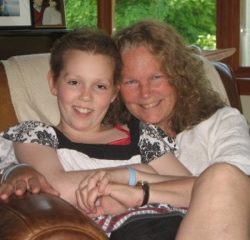 A Soul Lives On

Reba Ferguson‘s daughter, Hannah, was a lively nine-year-old when she was diagnosed with brain cancer, a high risk medulloblastoma, in 2007. The next three years were taken up with painful treatments, hopeful periods of remission, and the nightmare of recurrence, ending in Hannah’s death. Overwhelmed with grief, Reba sought comfort from many sources, including astrology, mediums, and friendship with other bereaved moms. In addition to supporting others in their grief, she found purpose in advocating for pediatric cancer research at Seattle Children’s Hospital where Hannah had been treated. This mother’s story is captured in Reba’s memoir, A Soul Lives On, published in November 2021.

Hannah had a warrior spirit. During her cancer treatment, she had discovered this quote from Buddhist teacher, Jack Kornfield: “To open deeply, as genuine spiritual life requires, we need tremendous courage and strength, a kind of warrior spirit. But the place for this warrior strength is in the heart.” With the return of her cancer, these words became her mantra. She had a great spirit, a great heart, and great courage.

Hannah was a fighter, in a vital, positive, life-affirming way, especially before she got sick. Throughout her life she was more hopeful than pessimistic, more cooperative than competitive, more of a giver than a taker, more loving than oppositional, more friendly than aloof, more funny than sarcastic, more grateful than arrogant, more selfless than selfish. Some of these attributes waned as the cancer and its treatment progressed. But in her heart she was a spiritual warrior.

During the first rounds of her treatment, Hannah had been too disabled and too weak to put up much of a fight. She accepted the treatments, interspersing them with occasional outbursts of anger, sadness, and defeat. It was quite an ordeal, watching this strong-willed girl surrender to what had to be done. As the treatments became more bearable, she gradually became more herself again—vocal, funny, and assertive.

When her cancer returned, Hannah actively took up the fight to save her life. “I’m going to kick cancer in the butt!” she said through tears. In addition to the new chemotherapy, Hannah added a number of holistic modalities to her treatment arsenal: nutritional supplements, exercise, sound therapy, yoga, and meditation. The yoga and meditation practices seemed to bring her to a new level of peace and surrender to whatever the future might hold. I would watch her relax completely in Savasana (also called Corpse Pose) at the end of a yoga session with Sue. I believe that in these still and quiet times she was in touch with her infinite soul, the part of her that the cancer could not touch. The part of her that she would take with her after her last breath. 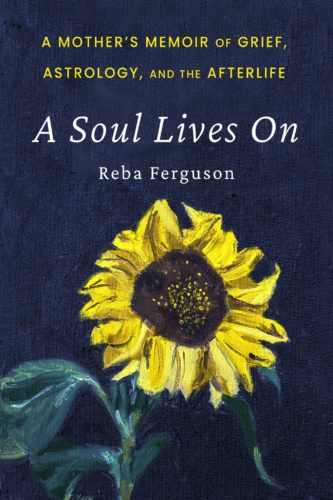 I admired Hannah’s new strength and determination, but I was reeling with the knowledge that my daughter would die. I didn’t know how I would live with myself once she was gone, knowing that I had willed her into creation. After my mom’s excruciating illness, I had known in my heart of hearts that I wanted to have a girl—one who could share with me her life, her children, and a closeness that I hadn’t had with my own mom. I guess God had another plan.

If I’d known that a malignant tumor would randomly plant itself in my daughter’s brain while she was in utero, I wouldn’t have willed her into being. While she had encountered some unusual health obstacles when she was young, for nine years there had been no signs that she wouldn’t be here very long. A kidney infection when she was just a year old led to a CT scan at the hospital. An abnormal heart sound detected when she was seven led to a cardiogram in a clinic and the diagnosis of an “innocent,” nonthreatening heart murmur. Should I have known that these unusual ailments were omens of something more deadly to come? I didn’t believe so at the time. What I saw was my healthy, active daughter growing up and thriving.

But Hannah wouldn’t grow up. She would never fall in love, graduate from high school, go to college, get married, or have her own children, which she seemed to want so badly even from an early age. Hannah was such a natural caretaker. She loved playing mom to her friends, her pets, and her baby dolls. How could she not be there for me, to take care of me as I had envisioned?

How selfish was that? I was so angry that I would become the bereaved mother and the counselor to other grieving women. THIS WAS NOT WHAT I HAD PLANNED.

Why did Hannah have to die? Why do children have to die? In her book On Life after Death, Dr. Elisabeth Kübler-Ross posed this question and said: “The answer is quite simple. They have learned in a very short period what one has to learn, which could be different things for different people. There is one thing everybody has to learn before he can return from where he came, and that is unconditional love. If you have learned and practiced this, you have mastered the greatest lesson of all.” No big surprise that Hannah had mastered loving, but small comfort to believe that she had learned her lesson and no longer needed to be here.

For a long time after her relapse, I was consumed with guilt that I had brought this child into the world only to have her in agony for a good portion of it. How selfish was I that I wanted to produce a child, a girl, to take care of me in my old age? Of course, I knew in the back of my mind that her soul had other ideas, lessons to learn other than taking care of her mother. I just didn’t want it to be true.