There was another life I might have had, but I am having this one. Kazuo Ishiguro

As a kid, I wanted younger parents — parents who took me camping and backpacking. Parents who snow skied and water skied and hiked. Parents who were cool and fun and hip, who listened to the Rolling Stones and Steely Dan. I wanted sandwiches made of Wonder Bread, Oscar Meyer bologna and Kraft American cheese in my lunch at school. And I wanted my parents to be around for a long, long time.

Instead, I had older parents. Much older parents. My mom was 38 when I was born. She was, as the obstetrician put it, an “elderly primigravida”, a fancy medical term for a woman who has her first child after the age of 35. My father was 60 when I was born and didn’t initially want any more children (he had two from a previous marriage). But my mother wanted two children so they compromised and had me. 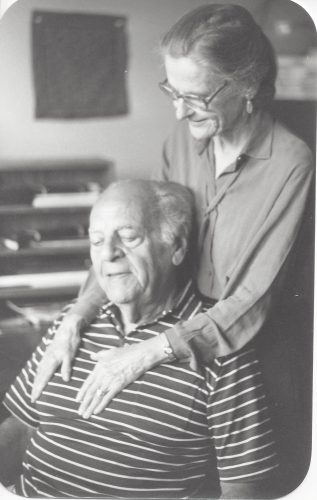 As older parents, they had completely different interests from my friends’ parents. They watched PBS exclusively. They took me to the opera (where my dad would fall asleep, and I would wish that I could). We went to art museums and the symphony. And we ate meals right out of Diet for a Small Planet, which meant brown bread, all natural peanut butter (no Skippy or Jif in this house!) and honey instead of white sugar whenever possible.

It wasn’t until I became a young adult that I started to appreciate my parents fully and all that they gave me. The most important gift was their time and attention as I was growing up. They read to me and talked to me and listened when I had something to say. When I struggled with understanding Hamlet in high school, the three of us read it aloud together after dinner. I watched San Francisco Giants’ and 49ers’ games with my dad and went shopping and to my favorite bookstore with my mom. They were smart and wise, and they’d both been through challenging times in their lives so there was no topic off limits, and no problem so big that they couldn’t help me solve it.

Because they were older, they weren’t intimidated by teachers or doctors or other authority figures. When my 7th grade math teacher started giving me religious literature and tried to convince to become born again, my mother marched into school and told him to knock it off. When I had a tooth removed in high school, and the oral surgeon got nasty with me because I told him the surgery had hurt, my father stepped in and told him not to speak to me that way.

There are no perfect lives and there are no perfect parents. I never did learn to water ski, and I can barely make it down the bunny slope in a snow plow. But I learned to love and appreciate great art and beautiful music of all kinds, even if I sometimes nod off, just like my dad did. My kids would tell you that I am definitely not cool, and they had to eat way too many vegetables growing up and almost never got sugar cereal. But like my parents, I listened, and I gave them my time and attention when it mattered and when they needed me most, and that Molly tells me is what lasts.