This is not the life you pictured but here you are. You can still make something beautiful. Grieve. Breathe. Begin again. Thema Bryant-Davis

Almost 40 years ago, barely a year into my first job after college at the U.S. Senate Budget Committee, a coworker convinced me to spend two weekends going through Werner Erhard’s est training, as it was called back then. I no longer remember much of the content or many of the exercises but a few of the catch phrases have stayed with me. Like “You get to be right.” Or “You’re all searching for the key to the kingdom. The door is unlocked.” And, one of Erhard’s most famous lines — “Be with it.” The idea we have no control over the weather, a plane with mechanical difficulties, a traffic jam, and we’re better off just “being” with the situation until help or resolution arrives.

I have always been an impatient, quick-to-irritation kind of person, but the idea of taking a deep breath and letting go of something I couldn’t control appealed to me. At 23 years old, I had yet to face a devastating loss or life-changing trauma. Untested and blissfully unaware of what I didn’t know, I would wait calmly in line to rebook a flight when icy conditions kept the plane on the ground, thinking I was far better at being with it than I really was.

As time marched on, and my life got busier and more stressful, I stopped thinking about the est training and reverted back to my unhappy to wait self.

The idea of just “being with it” came back to me unbidden after Jimmy was diagnosed with brain cancer, and I was faced, for the first time, with a potentially destructive force I couldn’t control or conquer. I was terrified by the idea of exposing my 13-year-old son’s developing brain to six weeks of radiation and nine rounds of chemotherapy. So I searched for control around the margins … Vitamin E to protect his hearing, an organic diet and long walks to keep him strong and healthy .. and tried to let go of the rest. I firmly believed Jimmy would be cured by that initial treatment which helped keep me somewhat Zen-like during those first two years.

But when Jimmy’s cancer returned, appearing like a bright white intruder on a routine quarterly scan, I had to face the truth of just how little control I really had. For six years, I channeled my rabid, anxious energy into researching treatment options, mitigating side effects and celebrating small but significant victories like stable scans, an earlier than expected release from the hospital, Jimmy’s ability to play goalie for his high school soccer team. Perpetually on edge, I survived by racing around. Alighting on my friend Kim’s massage table for an hour was the closest I came to being alone with my thoughts.

Even after Jimmy’s cancer took over his brain and spine like an invading army, I remained in motion. Reaching out to friends and chosen family to come and see him one final time, coordinating a steady stream of visitors, cleaning the kitchen, putting out food, changing the sheets, I paused only to be with Jimmy. At every stage, whether he was engaged in conversation, talking to himself or asleep, my stillness was all for him. 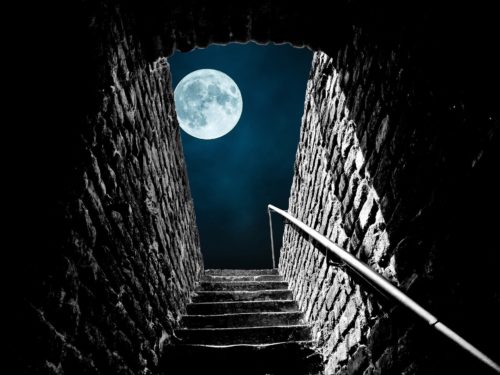 It was only after Jimmy died that the house went silent. Molly returned to school after a week. Like me, Dan was lost in his own grief. We found comfort orbiting each other in the house and hiking with our rescue pup Buster for hours every afternoon. Most days, we were quiet, lost in our own thoughts. It was a battle to concentrate as third rails were everywhere. Sweet memories of the past were inaccessible. To look back meant reliving Jimmy’s physical decline and death while the future was full of what would never be. I fought against sitting with my pain but couldn’t focus on much outside myself. So instead of grieving, I re-litigated resentments, poked at old wounds, refought past battles, preferring the rush of anger over the crush of sadness.

I don’t remember when I finally found my way into the pit or how long I stayed there. I think it happened when I began writing, looking at old photos, sitting with my memories, holding each one in my hand and turning it over in the light. By then, I had fashioned myself a small clan, a chosen family whose presence I found reassuring. Brave souls who had been felled by life-shattering loss and had navigated their way through. Friends who refused to flee or look away from my pain. My people taught me that I wouldn’t break apart if I acknowledged the magnitude of all that I had lost, of all that was gone forever. That the healing wouldn’t start until I sat with my grief and looked it in the eye. That I would find joy and laughter in between the tears. That I would find a way to survive that was all my own. That as the world called me back to life, even though it would never, ever be okay that my sweet son was gone, I would create a place in the aftermath where Jimmy’s presence would be with me, more and more all the time. Appearing unbidden to infuse my words with kindness, to slow my pace with patience and to remind me to be in this broken, beautiful world.