“Because my thoughts could not be relayed over a regular phone line, I wanted them to be carried on the wind. So I named it the wind telephone …” Itaru Sasaki, Really Long Distance

I circled the wind phones for several days after Laura put them out … one in the meditation hut overlooking the ocean, another on the wooden bench on the bluff above the beach, a third on the altar in the room where we met. I resisted the urge to use one, and then I fought my determination not to. 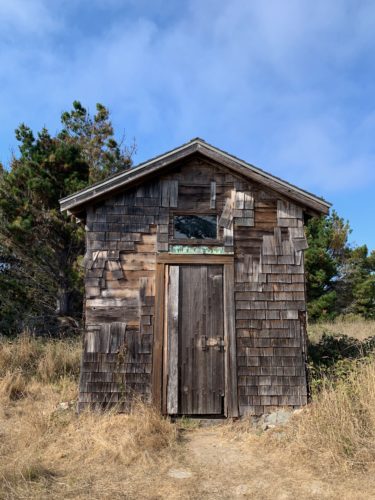 I talk to Jimmy all the time in my head, standing under the night sky looking up at the stars. I ask for him for help; I beg him to send me a sign that he’s nearby or that he’s okay. Unlike other losses in my life, we left nothing unsaid. I loved him fiercely, deeply and told him so all the time. “I love you, Mom … so much,” was his reply.

Then one afternoon, I realized that I was going to call him. That I had things to tell him, and the wind phone was the right way to do it. I had to look his number up on my cell phone. Still first in my “Favorites” list even though the number has long since been disconnected, I never memorized it because I had him on speed dial.

I choose the phone on the bench because I wanted to sit outside in the wind, under the the open sky. The rotary dial was slow and sticky, and I had to guide each number all the way back before dialing the next one. It reminded me of my childhood. That sound that only a rotary phone makes. The anticipation of calling my best friend, knowing that we would be on the phone for hours or until my father or hers kicked one of us off. 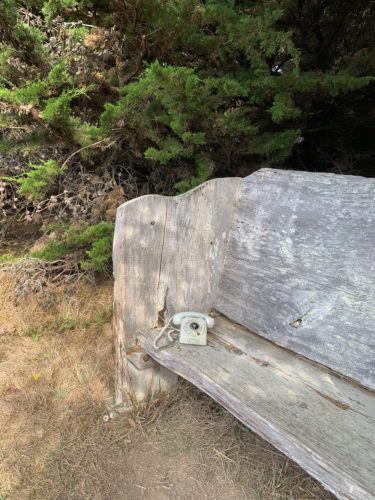 After dialing, I told Jimmy how much I loved him and how much I missed him. As I sat there sobbing, overwhelmed yet again by the loss of my sweet boy, I suddenly remembered one of the times he had called me during his sophomore year in college. Jimmy had a habit of calling in the late afternoon after class on his way back to the dorm to tell me about his day or share something fascinating that he’d just learned. That quarter, he was taking a class called Sex, Body and Gender in Medieval Religion, and he’d called to tell me about the sexual activity of people who lived during the Middle Ages. I could see myself sitting in the soft brown chair in the space without an identity in the rental house we were living in. I was giving him my undivided attention, both because I was fascinated by what he was telling me and because I loved hearing his voice so full of enthusiasm. What a gift to remember that call. To know how fully present I had been and how much I had and still do cherish that time we spent on the phone.

I told Jimmy I loved him one more time and hung up the wind phone, realizing that it didn’t matter that he couldn’t respond. The gift was the forgotten memory of that call and realizing that I hadn’t wasted that time. Jimmy was six years into his cancer journey by that point, and although he was doing well, I knew even then how precious those moments were. Suddenly, the distance between Jimmy’s energy and mine didn’t seem so huge. I felt as though he could hear me, the air carrying my words to him on the breeze. And in return, he sent back that memory, clear and beautiful and full of love.