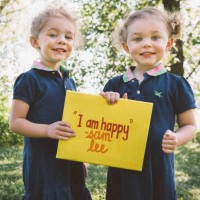 I started practicing yoga consistently about a year before my son, Sam, died. I had tried yoga in the past but as a form of exercise and a way to stretch. In the months preceding and following Sam’s death, yoga became something else entirely. It gave me permission to spend time focusing on simple things like my breath and my body. It gave me a safe place to go. Yoga helped me find the spaces between, and in the process, a truer version of myself.

Sam was born with a rare, genetic condition called Ollier’s disease. We first noticed it when he was six months old, and one of his legs looked a little thicker than the other. It took another few months to give his condition a name and to understand the implications of the disease. Ollier’s caused benign tumors to develop in Sam’s bones, especially in his right leg and hip. He would need dozens of invasive surgeries over the course of his life to correct orthopedic issues, and when he was done growing, he would have to undergo an extensive, limb-lengthening process. The news was a bullet, but my husband Mike and I concluded that Sam could have a brilliant, mostly normal life. There would certainly be difficult times, but we expected long periods of normalcy and happiness in the spaces between procedures. We clung to the spaces between.

After recovering from a surgery that left him in a body cast when he was just a year old, Sam found his stride. He had a little limp, but it didn’t slow him down. He powered through life, charming those he met with his sweet voice and huge head of curly red hair. He made friends at his daycare, and we made friends with their parents. I was so proud of him. Precocious and funny, he was the center of my universe. As Mike and I grew more comfortable with this new rhythm of life, we discussed growing our family. 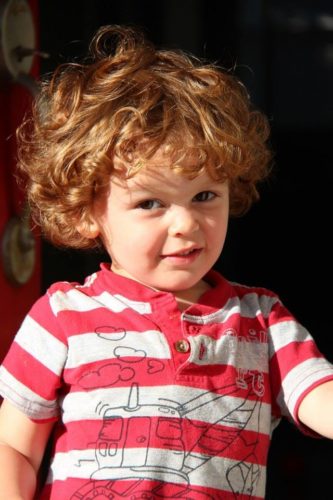 I found out I was pregnant with twins shortly after Sam’s second surgery. A month later, Sam stopped walking. He started laughing differently and smiling less. “It must be his leg”, we reasoned. “He is probably in pain.” An x-ray confirmed that some of the hardware in Sam’s knee had come loose and could be the reason for his symptoms. He had another surgery, but his symptoms didn’t go away. “Maybe he just needs more time to recover,” we thought.

Just a few weeks after Sam’s last surgery, I was admitted to the hospital with preeclampsia. The twins were coming sooner than we expected. On my third day of bed rest, Mike mentioned that one of Sam’s eyes was not tracking correctly. Suddenly, his symptoms shifted around in my mind and connected in a new, terrifying way. “He needs an MRI,” I said.

That night, Sam was diagnosed with another rare disease: a fatal type of brain cancer called DIPG. Ten days later, I gave birth to his twin sisters.

We spent the next several months giving everything to our kids. We nursed the twins, born with health complications of their own, back to health. We took Sam to radiation and administered chemotherapy and steroids. We secured a hospice team, discussed end-of-life care, researched miracle cures, bought a minivan, packed up our infants and our very sick son and traveled. We showed him everything we could. We left our jobs. We left our home in South Carolina and moved in with family in Minnesota. We had a divine mission: to make Sam happy for as long as he lived. 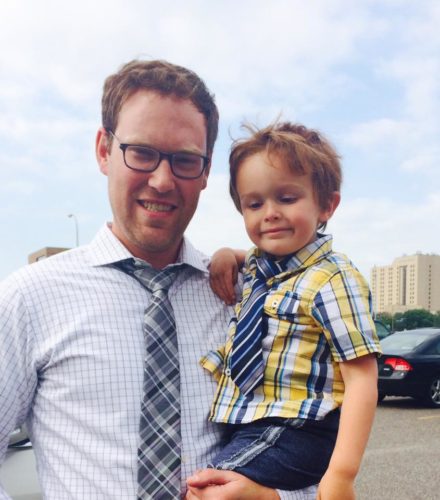 The mission, while simple in definition, was complicated by the never-ending labor of caring for three young kids, one of whom had two illnesses that limited his abilities and health, the immense and stifling grief we carried with us and the lack of any recognizable schedule. How could we plan? Most kids with DIPG die within one year of diagnosis. Death was a constant presence and could take Sam at any moment. Mike and I often talk about how Death felt like the sixth member of our family.

Looking back, I can see how we were running. In between the diaper changing and bottle washing and nap times, we would fold up our double and single strollers, pack a giant bag filled with anything we might need, strap the kids into their carseats and take them anywhere to avoid sitting with reality and with Death. We said ‘yes’ to every opportunity to run or numb the pain. We filled every moment of our days with distractions.

After a year and a half of this lifestyle, I no longer recognized myself. I was drowning in a sea of grief and alcohol. I could feel myself slipping away, and it scared me more than even Sam’s diagnosis. I could not succumb; Sam needed me. He needed me to be strong and brave and courageous. He needed me to help him through the worst days of our lives.

Sam, always possessive of me, was not thrilled when I started to leaving him to practice yoga. Most of the time, he’d give me the look. He’d sigh and furrow his eyebrows together to show me he disapproved. Other days, he would cry. I felt guilty EVERY SINGLE TIME I walked out the door. I also felt like the practice fed me, gave me enough power and piece of mind to live another day. So, I kept going despite the guilt. 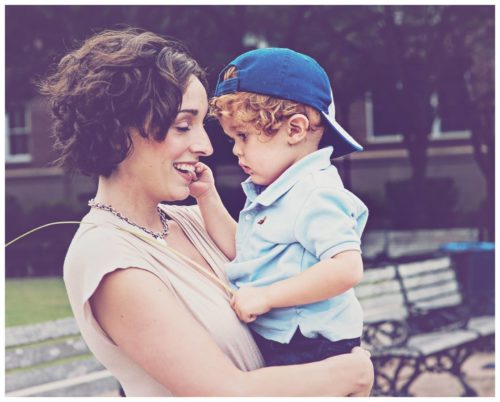 Slowly, with consistent practice, yoga gave me little pieces of myself back. I found a studio that felt like home and like church. I went to worship and to breathe and to be with myself. I started to notice things I had not paid attention to before. Things like the peaceful space between an inhale and an exhale, the still space between heartbeats, the quiet space between the negative thoughts constantly tormenting me.

“You are selfish for leaving your dying son to work out.”

“You are a terrible mother.”

“You are the reason he is sick.”

Now it’s the twins who furrow their brows or cry when I leave for yoga. “Not again!”, they say, often in unison. I still feel guilty going, but now I have a new reason to practice. Yoga still feeds me. It still helps me find the spaces between, and it is in the spaces between that I find Sam. 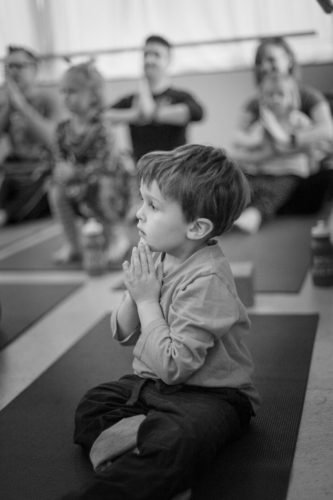