Find a group of people who challenge and inspire you, spend a lot of time with them and it will change your life. Amy Poehler

I ran a 10k on Saturday morning without training for it. I signed up in March thinking that having the event on my calendar would motivate me to start running regularly. But it didn’t. So I found myself at the starting line thinking that I would run a little and walk a lot.

I wrote earlier in the week about confronting the heart wrenching realization that Jimmy is gone forever while we were traveling in Greece and feeling the huge void of his loss. But the minute I started running yesterday, it was as if Jimmy was there with me. Maybe it’s because we’ve run so many races together. Maybe it’s because of all the time we spent running and walking to help him recover his strength after treatment.

After a mile, I was still feeling pretty good. I didn’t want to lose the feeling of Jimmy being with me so I kept running. I started thinking about all the other people I have known and loved who are no longer here. As my right hip started to hurt and my left ankle started to tweak, I considered dropping into a walk. But I couldn’t do it. I felt as though I was running for and with so many other people. Compared to what they had gone through, the discomfort I was feeling was nothing. So I kept going.

At mile 4, I ran into my Kaia FIT coach Natalie’s spirit animal .. an exuberant, red-haired high school student who was out on the course with a friend, cheering on runners. I’m sure he could tell I was struggling so he yelled, in true Natalie fashion, “There are just two miles to go. Keep going!” 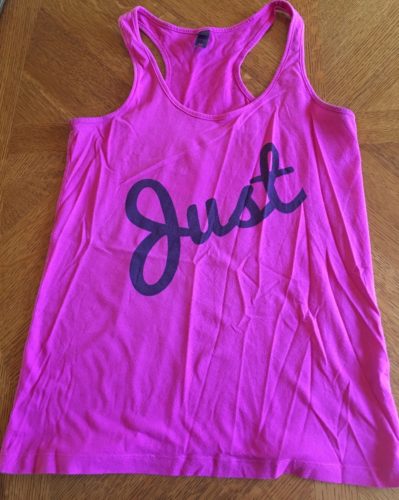 At mile 5, I text Natalie and asked her to meet me at the finish line. I’ve learned that the joy of overcoming a challenge is sweeter when you share it with a dear friend and workout buddy. As I headed for the finish line, I really started to drag. So the universe sent me another sign to keep going .. 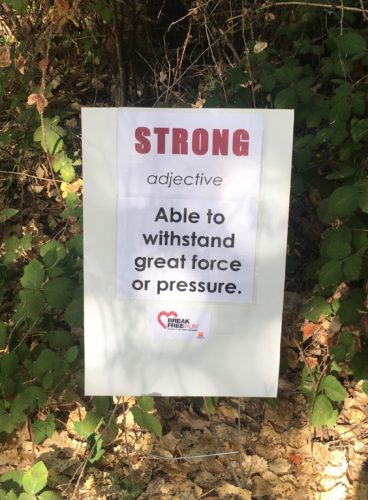 I thought of one of the strongest people I know — my friend Mary, whose son David died 4.5 years ago at the age of 21. Two days ago, she was holding the hand of her best friend and LIVESTRONG teammate, John, when he took his last breath. Despite being shattered by the death of her son, Mary wasn’t afraid to become close to John and his family or to be present during John’s final hours. Courage and strength personified.

When Jimmy and Dan started wearing LIVESTRONG bracelets in 2005, I confess that I didn’t get it. It wasn’t that I hadn’t known people who’d had cancer and in some cases, died. I just didn’t understand the power of having a team of people who love and support you and understand what you are going through. Then Jimmy was diagnosed in January 2006. And the power of a team became crystal clear.

As a family, we found our team in LIVESTRONG and Children’s Cancer Association. And I found my team again in Kaia. People who understand what we were and are going through. People who aren’t afraid no matter what happens, people who refuse to walk away, people who lean in instead of out. People whose lives have been forever, irrevocably changed by cancer, death and other losses. People who are brave, broken hearted and moving forward any way. My people, my inspiration, my team. 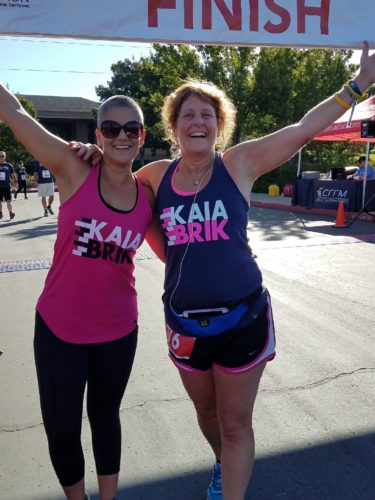 The Enormity Of The Room

Truths Are More Powerful Than Platitudes