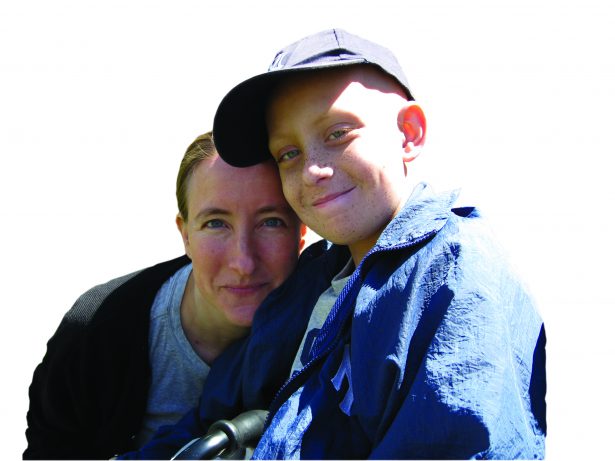 I have been stymied for the past few days, trying to write a note to a dear friend, yet completely at a loss for what to say. What do you say to a mother who has lost her child to cancer? What can you say to ease a pain so great, so unfair, so wrong that you can’t even comprehend it?

In the wee hours of Friday morning, my friend Nancy’s ten-year-old son, Jacob, died of medulloblastoma, a form of pediatric brain cancer. He died at home, lying between his parents as they told him stories and sang to him. He died peacefully, free of pain, in his sleep. 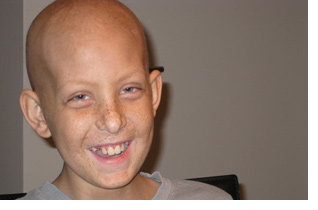 Nancy and I connected after Jimmy’s cancer recurred in February 2008 through one of the online support groups that we both belong to. She reached out to me after realizing that we were like-minded about researching treatment options, talking to doctors, uncovering every possibility. Only then did we discover that we had been in graduate school but didn’t know each other, instead connecting 20 years later when our oldest sons were both fighting the same terrible disease.

Nancy’s research skills and ability to digest mountains of medical and biological data put me to shame. There have been times over the past year when I could barely keep up with her as she explained why some new treatment protocol, some new clinical trial, some new drug was worth investigating for one or both of our boys. Jacob’s medulloblastoma had metastasized before it was found, and unlike most forms of medullo, refused to respond fully to radiation or chemotherapy. Yet Nancy never gave up, never lost hope, never stopped searching for something that would save her sweet boy.

When the first white spot showed up on Jimmy’s scan last summer, and the nurse from St. Jude’s called to say that the pediatric neuro-oncologist and radiologist were sure it was metastatic disease and that they were “so very sorry”, Nancy was one of the first people I called. She immediately refocused me on the questions to ask and the actions to take. At the same time, she inspired me to keep moving forward and to hold on to hope, saying “I’m going to keep breathing for you. There are ups and downs on this journey. But then there are ups again. Here’s to not knowing what’s ahead and being brave anyway.” I could not have survived this past year without her.

What finally broke through my writer’s block was a column written by my friend Mary’s husband, Brian Doyle, that appeared this morning in the Oregonian, which also included a lovely tribute to Jimmy. Brian wrote about the endurance, hope, “grace under duress”, humor and an appreciation for life that those fighting cancer display. His words made me think not just of Jacob and Jimmy, but also of Nancy. For even in the midst of her unimaginable pain, Nancy arranged for Jacob’s tumors to be removed and donated to four different researchers in the hope that she might be able to prevent another child from suffering Jacob’s fate. And she has started a nonprofit called Kids V Cancer to promote much needed research on pediatric cancer. 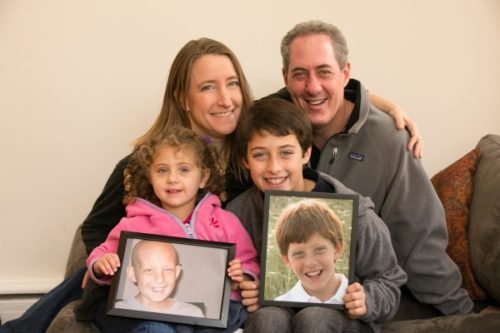 And so I would ask all of you who love and support Jimmy to take a moment tonight and think about a ten-year-old boy who died far too soon. A boy with red hair and bright blue eyes who loved the New York Yankees, Lance Armstrong and Greek mythology, who campaigned for Barack Obama and who landed the biggest fish ever caught at Paul Newman’s Hole in the Wall Gang camp. And please send some healing thoughts and prayers to a mother, father and a six year old boy who’ve lost a son and a brother, whose hearts are broken and whose lives will never be the same.