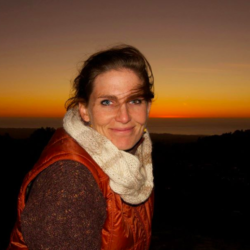 Molly Senecal is a deaf writer on grief, suicide and loss. She is a mother to three children and began writing about grief when her youngest daughter died by suicide at college. Senecal holds a master’s degree from the University of Southern California and a doctorate degree from the University of California, Davis. She is a dean at a community college in Northern California. In addition to writing, she finds solace in photography and trail running in the Sierra Mountains. Read more of her beautiful writing on her blog, Tiny Ferocious Things and follow her on Twitter and Instagram.

This one is for the mothers. The mothers of ghosts who leave footprints between our rib cages. The mothers of the smallest whispers of babies that barely filled our hands, whispers that took the promise of a whole lifetime when they left. The mothers of fifty-year-old adult children who left behind children of their own and a legacy of sadness. And the mothers of the wildfire children who burned too bright for this earth, children who left blackened scorch marks on this heartland. For the rest of our lives, we will gather these ashes; we will sift and sweep; we will try to restore order to this new fire-scorched landscape. We know that it is impossible to restore order from the disorder of our children’s death, but we try anyway because are the mothers. Because this is what is expected of us.

This is not to say that the grief of fathers, of sons and daughters, of sisters and brothers is any less poignant. It’s just different. And I write from my mother-grief, so this one is for the mothers.

We mothers tread carefully, carrying our sadness like cups filled to the brim with saltwater. The slightest nudge, the barest brush of a ghost memory, and they spill over. And we cup our hands to catch the water as it spills out of our eyes. I  never thought I would wear my grief so plainly, to cry so effortlessly. Sometimes I reach up to touch my face, surprised to find my cheeks wet. 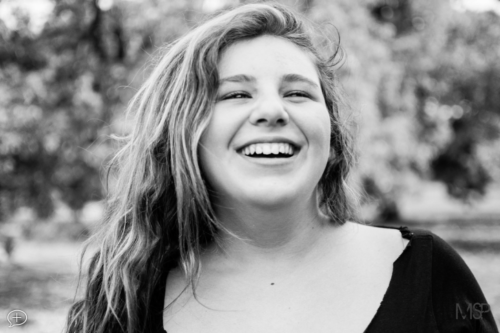 As mothers, we carry the stories of our children on our skin. Even when a child stops being a part of this lifetime, the story of the child is still there, written on our bodies. No one else has to carry the story of a dead beloved on their skin like the mothers. Sometimes I trace the silver spider webs that stretch across my stomach. They look like ancient hieroglyphs – almost worn down to illegibility. But I know what they say. I will always know what they say.

When my daughter died, I remember frantically searching for other mothers of ghosts as I held these new words, Eve is dead, like hot stones in my hands. Where are you?! What do I do with these words?! How do I live with this monstrous loss?! And you were there. You were there in the pages and the words of certain books that told me how you are surviving this wildfire, that told me I will learn how to survive it, too. You were there behind the screen of my laptop in the virtual support groups I joined because it was too much, too overwhelming for me to get in my car and drive somewhere with my heavy grief. You told me words like,  you are just not that powerful – you couldn’t have stopped it. I see you. I am here with you in your words. And the most heartbreaking, me, too. I may never meet you, but I feel like I know you. Like I reached through the digital expanse and touched your face, and you touched mine, and both of our cheeks were wet. In case I forgot to say it before, thank you. 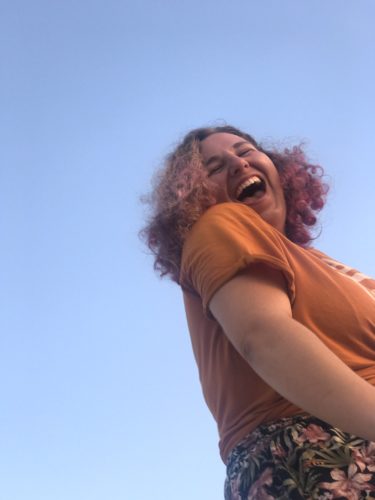 It is an early, cold morning, and – as always – I am going through the motions of putting order to things before the rest of the house wakes up. Sometimes I wonder about the futility of all these mundane tasks, all these repetitive and meaningless responsibilities. There are days that I chafe at the expectation that the mothers, the ones who build lifetimes in their bodies, are mostly left with the responsibility of propping up the empty spaces left in the absence of our should-have-lived children.

What I really want to do is bring down the black box that holds Eve’s ashes from my bookshelf, where it rests between A Grief Observed and The Chronology of Water, and empty its contents onto my kitchen counter, spreading the gray ashes with white bone chips down the expanse of cold white marble. Mixing my tears with her ashes, I imagine painting my fire-scorched body and covering my barren landscape with the words of my loss. I would take these fire-scorched words and throw them at this facade of order, bringing down this heavy mother-obligation into a pile of rubble. Then sitting (at last) among the ruins, I would write my daughter’s name.

With fire-scorched hands, I would lift her name up into the wide, open night sky. 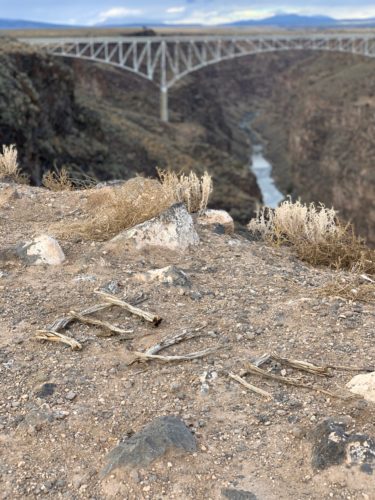