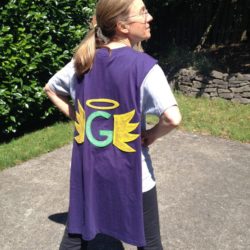 Lauren’s only child, her son Gage, died of cancer at the age of nine.

Early on, I really did not like to go out in the world or to socialize. This was tricky in my marriage because Trux felt like we should honor Gage’s passion for life and live life to the fullest. I did not care about life and just wanted to join Gage. As much as I struggled with the pain, I also did not want to let go of the grief because I felt it was my last connection to Gage. Suicide was a temptation, but if there was any truth to this affecting where I go when I die, I did not want to risk not seeing Gage or my Mom again. 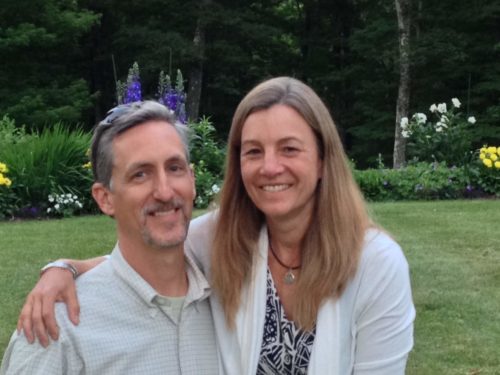 While on retreat recently, I was reminded of how important nature was to my healing and my marriage. Enjoying the outdoors was the foundation of my relationship with my husband before Gage came into our lives. Having this foundation became so important. It was a resource we could return to, but it did not happen right away. There was the urge to run away so we did an international, around the world trip for three months. In retrospect, this was probably not the best idea because I was numb and felt like I was observing everything from inside a bubble and not the best travel companion for Trux. Trux planned; I just followed. He wanted to live for Gage, to embrace the experience and allow him to see everything through our eyes. Gage had always wanted to go to Egypt so that was one of our destinations. He also had a strong interest in Chinese written characters and other things Chinese, so we went to China. Trux brought some of Gage’s ashes to spread at the pyramids and the mountains of China. Though I craved peace and quiet, this was to hard to find on this trip. I did return home with an appreciation of what we were able to give Gage and for his medical care. 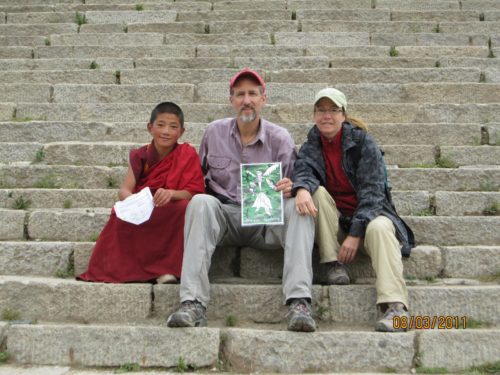 Walking into the empty house and seeing Gage’s empty room hit us like a freight train. Again, like the wine, we escaped for a while, but the reality of the empty house threw me into a deep, dark pit. Trux’s way of coping was to turn to each other; my way of coping is to turn away, like a cat that hides under the porch to lick its wounds. This caused quite a strain in our relationship. I tried writing and signed up for a class at Portland University as well as with the Lake Oswego Parks and Rec.

After returning home, we tried to get out into nature and camp and just be in the silence. When we had these opportunities, the silence blanketed me like a soothing balm. I loved the sound of the birds and the wind in the trees. I loved looking up at the sky and clouds and watching the breeze gently move the leaves. We can’t see the wind, but we can see it move our world, and that is how the Spirit can help us through trials, if we choose to be open. Trux and I also did different activities. He liked to fish, and I became interested in mountain biking. Mountain biking was like meditation for me. I had to focus only on my bike and the trail because if I didn’t, I would crash so it required all of my attention! This gave my brain a break from swirling in the difficult memories and regrets. At the same time, I could experience the peace and beauty of the woods 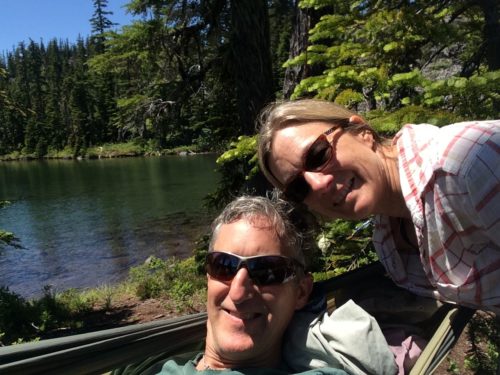 Trux and I also found a therapist to help us through many rocky places. We weren’t sure our marriage would survive. Both Trux and I were very sensitive. One therapist had an interesting way to describe this state of being. It is as if we have a third degree burn all over our body, and the tiniest thing like a comment or tone can cause more pain because it is like touching the raw skin. I believe what kept us determined is that Gage would be very upset if he was the cause of our marriage ending. Also, we were both from divorced families, and we know that divorce does not always make life better. A better goal is to work through the tough places with the hope that the outcome will be a stronger bond.

.Another type of therapy that has helped us is Eye Movement Desensitization and Reprocessing (EMDR) for Trux and Emotional Freedom Techniques (EFT) for me. Trux and I often experience tsunamis. We could encounter a ‘trigger’ like places we took Gage or seeing a child who reminded us of Gage, and it would emotionally just bring us to our knees. Many times, it would incapacitate me. We also believe that we have PTSD. Like war veterans, we were in battle mode for six years, fighting for Gage’s life. After Gage passed, difficult memories would return that would just swirl in my brain and paralyze me. I read somewhere that the brain hangs on to these memories and tries irrationally to come up with a better outcome. EMDR involved going back and confronting those difficult times in Gage’s treatment. I could not let myself go back deep into those memories. They were just too painful. So for me, EFT worked better. EFT got my brain out of the loop of swirling in the memory and not being able to let it go. Instead of the memory having a grip on me, my brain was retrained to look at it differently, and the successful outcome happened quickly. I still have those thoughts, but I am no longer thrown into the painful pit of dark despair and taking weeks to claw out. 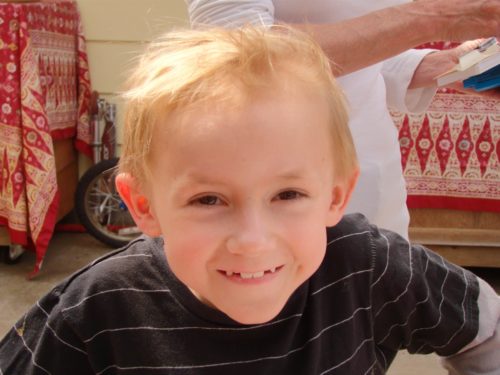 Another book I had read was Wild by Cheryl Strayed. Her backpack became my symbol of describing grief. Early grief is like an over-loaded backpack. It is so heavy, and it rubbed me raw. All I could do was focus on my feet straining to take one heavy step at a time. Then, as I moved along the path, I met people and had experiences that allowed me to evaluate what I carried in the backpack. I began to remove things that did not help me on the healing journey. This lightened the weight, and I was able to adjust the backpack so I did not struggle with it, and it did not rub me raw. I will always carry the backpack, but as time goes on, it is becoming less cumbersome, and we are one.

Another mother who lost a child said it took about six years for her head to pop out of the fog of grief and begin to engage in the world again. This was my timeframe as well. It was gradual, and I remember significant moments of healing.

Today, we have been fostering a 13-year-old girl for a year and will shortly become her permanent guardians. This all happened at the six year mark when Trux and I were feeling closer, and the ground felt less shaky. Our relationship is still very vulnerable. It took us seven months to decide, going to our therapist and talking to friends who have adopted or foster. In the early days, this is something we never imagined would have happened in our lives. It hasn’t been easy on us, but it helps to have a purpose again. We still feel Gage in our lives with little miracles that can make us smile. These little gifts of love have also helped us move along with journey of grief. 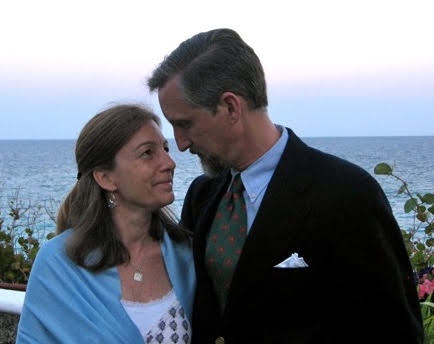