My friend is dying, and rather than rage against that as I might have when young, I find myself savoring in the sweetest way the fact that we met at all, that each of us was born and stumbled our way to each other. Hard consolation that … Mary Karr

My friend Cindy died in December. Or rather, she died in the middle of September, but I didn’t find out until December. A mutual friend shared the sad news after sending Cindy a holiday card and getting a call from her husband in response. Cindy was 63 years old, just two years older than I am.

We met in 2002 at the National Speakers Association’s “Fast Track Training,” a ten-week program for professional speakers. The content wasn’t memorable, and I didn’t save my notes. Cindy and I agreed that the best thing we got out of the workshops was each other.

Even before the training ended, we began our ritual of meeting intermittently for coffee-fueled brainstorming sessions to share our latest dreams and professional plans. An entrepreneur like me, Cindy was smart and savvy, full of good ideas and creative approaches. We’d take turns presenting our latest business challenges and work together to come up with ways to address them. She was unfailingly encouraging without being glib or unrealistically optimistic. Cindy believed in finding and following your true North, which meant that when my eyes lit up about a new pursuit, hers did, too. 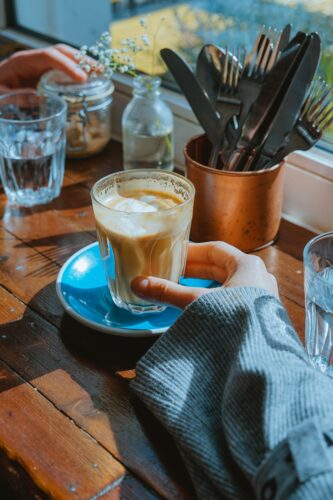 When getting together in person became difficult, first because of Jimmy’s brain tumor diagnosis in 2006 and recurrence in 2008 and then because of our move to California two years later, Cindy stayed close via email. She supported Jimmy’s early LIVESTRONG campaigns and cheered from afar when Molly was recruited to and began playing softball for Stanford. The last time I saw Cindy in person was in 2019 when I went to Portland for the Stanford-Oregon State softball series.

Cindy and I had the kind of friendship that didn’t require tending or mending. We could count on each other to respond whenever one of us reached out in search of an idea, a contact or some encouragement. We didn’t sweat the silence and would reunite joyfully no matter how long it had been since the last time we’d seen each other. Despite the years that passed between our get togethers, Cindy believed everything happened in its right time, encouraging me to “send a shout out” about lunch or coffee whenever I was in town and “never mind short notice! I’m delighted by the prospect of catching up with you live and in person. A treat!”

Cindy was working on a book for middle graders when she died. “A lovely cast of characters and adventuresome story, if I do say so myself 😊” She knew that I was in the publishing phase on my book, but never got to read it.

After I heard the news about Cindy’s death, I was shocked to discover it had been more than three years since we’d been together in person. That afternoon is still so clear in my mind. We spent three hours at the Oswego Grill in Lake Oswego tucked into a two-person booth in the corner of the bar, catching up and discussing our latest ventures.

It wasn’t until Cindy died that I realized our friendship has gone unwitnessed for almost twenty years. I’ve never met Cindy’s husband or anyone in her family. She never met Dan or either of my kids. If I had been the one to die first, Dan would not have known from my address book or inbox how much Cindy meant to me. Nor would he know to call and tell her that I was gone.

We are all busy. It’s easy to think, “I’ll make that phone call or send that email tomorrow.” To put it off and keep putting it off until it’s too late. We underestimate how much the contact can mean to the other person, but we also underestimate how much it will mean to us. To hear our friend’s voice. To experience the sweet connection that runs between us. To be seen and acknowledged in the way only they can.

I don’t know why or how Cindy died. Whether she was ill for a while or if her death was sudden and unexpected. Although I occasionally wonder about the details, I find I’m (surprisingly) not that curious about the circumstances. Instead, I think about my last trip to Portland and wish I had made time to see her. I kick myself for not calling, knowing as I do the way life can change in an instant.

The fact that no one saw our connection doesn’t make it less any less real. We don’t need a witness to our friendships to make them valuable or meaningful. It was enough for me to know what about the bond we had. But I wish I had known that Cindy was ill, that she had died. I would have told her how dear she is to me, how much her time, attention and encouragement have meant all these years. I would have gone to the memorial service, not just for my own closure, but to be able to tell the people who knew her best how much I loved her, too. That even though our connection may have been unobserved by anyone but the two of us, it was treasured and full of value. That I will miss her, too.

I haven’t yet been able to cry about Cindy’s death, though I can’t stop thinking about her, and it hurt to take her name off the list for my New Year’s cards. Her departure doesn’t feel real and may not until I go to email her a question or turn to her for an idea or some encouragement, only to realize again that she is no longer here. Her undeniable absence and my grief over that will no doubt hit me hard. For now, I am wrapping myself in the gratitude I feel for her steady, enduring presence in my life these past two decades. It is enough to know that Cindy lived, that we were friends and that she enriched my life in profound and meaningful ways.