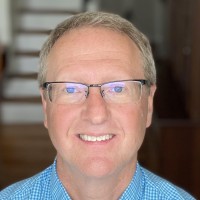 I Miss My Wife

Scott is the father of four grown children and a technology innovation professional, recreational cyclist, tenor, 14-year testicular cancer survivor and longtime advocate and volunteer in the cancer community.

Four years ago, my family lost Judy to multiple myeloma just a few months into a grueling ordeal — through early symptoms in July, to her diagnosis and initially successful treatment in September, to her final twelve November days in the ICU. Our two daughters were in their last and first years of college; our fraternal twin sons, their second year of high school. I was thrown into the unexpected role of single father, without my life partner since we were just teenagers ourselves. We found each other in high school and were married for 26 years. We sang, played and performed together and transitioned into building a family together. I hoped and believed we would work through every struggle, get the kids through school, then travel the world and grow old together. 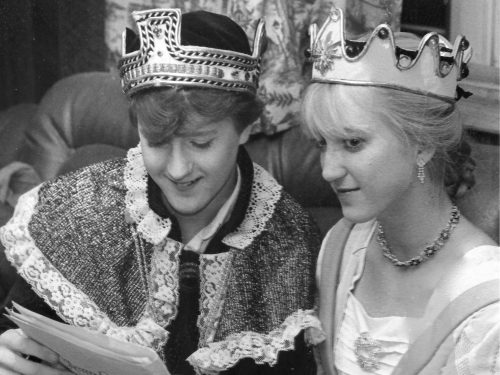 Cancer stole her with little warning.

People tell me, “She’ll always be with you.” In some ways, that’s painfully untrue. I need her. She’s not here, and she’s irreplaceable. In other ways, they are so right. For every decision I make that affects our kids or my future, I find myself asking, “What would Judy think? What would Judy say? What would Judy do?” I often ask her directly, expecting her still to be paying close attention and know exactly the advice we need. I rarely argue.

While the house isn’t quite immaculate, I’ve kept up surprisingly well with its many demands. I make the bed in the morning. I cook everyday dinners and special holiday feasts. I open, clean and close the swimming pool — her pool — every season. I’ve prioritized family experiences and travel, knowing how much that would mean to Judy, in addition to how much it means to me, to have that time together with our kids. She’s both more present and more noticeably absent in every routine task, every small victory (“Hey, look, I fixed the garage door opener!”).

I smile each time I rediscover old video and sound recordings that bring Judy’s bubbly presence, musical talent and laughter back to life in ways that photos can’t. When I depend on my memory, more and more, I ask myself, “Did that happen before or after Judy died?” If you’ve seen the Pixar movie, Inside Out, you’ll appreciate how the emotions that accompany our memories become richer or more complex with time, how nostalgia mingles joy and sadness.

I will always miss Judy. Being separated from her can make me unbearably sad, but the togetherness we still share gives me enduring comfort. In our wedding vows, I promised “to love and sustain you in the covenant of marriage from this day forward, in sickness and in health, in plenty and in want, in joy and in sorrow, as long as we both shall live.” As it turns out, my promise will last far longer than that. 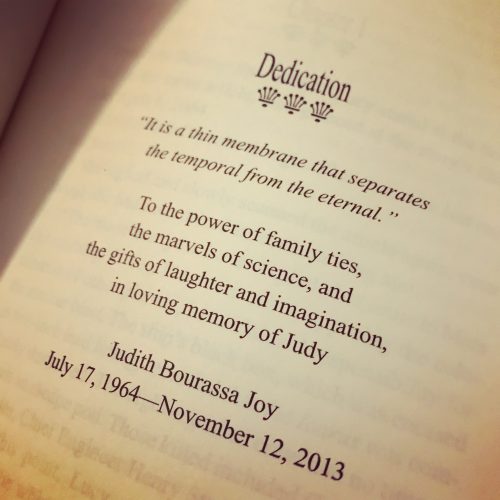