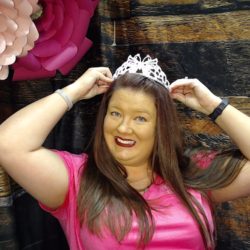 I Will Not Be Ashamed

Meet Crystal Webster, Madelyn Elizabeth’s mother and the Founder and Chief Solace Officer of Sharing Solace. Madelyn died just eight short hours after birth while still in her mother’s arms. As Crystal grieved the loss of her only child, she began to feel isolated and ill-equipped to handle her emotional journey. Vowing to honor her daughter’s brief life and prevent others from feeling as lost and lonely as she did, Sharing Solace was founded. Sharing Solace’s patented concept brings together those grieving any type of loss by intersecting physical keepsake gifts INTENDED to be ‘paid forward’ to others with the online community and resources often neglected. More information can be found on our website and by following us on Instagram and Facebook. Remember, you’re not alone. 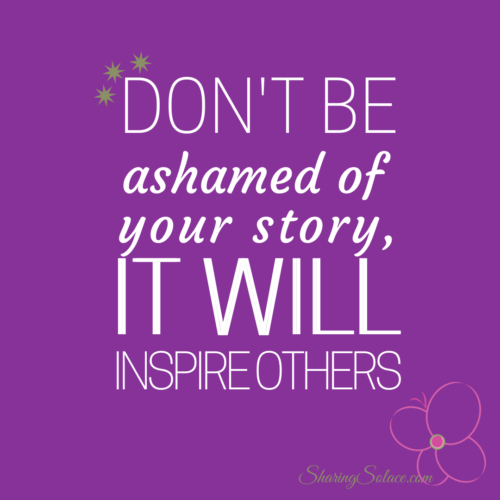 Ever since I found this quote earlier this week, I haven’t been able to get it out of my mind.

{Before I start, you might wanna grab a drink — this could be a long one …]

May 20, 2010 was the #1, tippy top event that has made me who I am today {probably more than the next ten things put together} — that was the day that my Madelyn died in my arms while we were still in the hospital from her emergency c-section birth.

Today, I can tell you about the feels and the smells — the specifics won’t bring her back — nor do they make the grief easier. 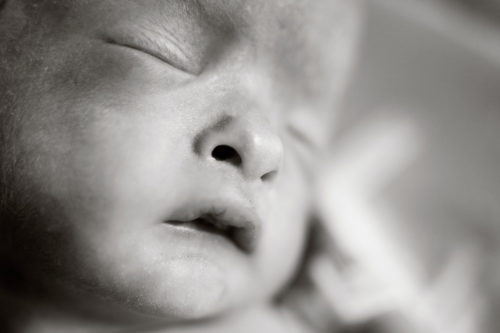 The doctors told us that Madelyn died of a chromosomal imbalance something or other {If you remember anything from junior high biology, you know that everyone has pairs of chromosomes. When you were conceived, your mom gave you half of her chromosomes, and your dad gave you the other half. They pair up and voila! A new person. I like to think of it as a big puzzle. Mom gives half the pieces, Dad the rest, and they’re put together to make a pretty picture. Madelyn was missing a big hunk of that picture}. They said it was probably just a fluke but they thought they should test her parents just to be sure that one of us didn’t ‘give’ it to her.

It wasn’t a fluke. I, her own mother, have the same abnormality {only less severe} and gave it to my daughter. Madelyn {and any of her potential, future biological siblings} have a less than 6% chance of surviving. It wasn’t just a ‘sometimes this happens’ situation. Or a ‘we need to give you this vitamin to keep it from happening again’. Or even a ‘we don’t know what happened’. It was ‘because of you, your daughter is dead, and no matter what you do, the outcome will likely be the same’. That’s a big, hard pill to swallow.

I’ve always been ‘exceptional’ — picked first for things in school, top of my class, got all the jobs I wanted … you don’t tell me I can’t have something {and don’t you dare tell my husband — he’ll do it twice just to show he’s twice the person I am!}. Anything I want, I just work harder until I get it. It’s as simple as that. Determined to prove everyone {and science} wrong, we drove all over the Midwest to meet with specialists that were happy to pump me full of hormones that were 3-4 times the standard amount because ‘I could handle it’ {Oh, and take all of our money, too …}

Three, very long, invasive and painful rounds of IVF later — the roller coaster of hormones, the roller coaster of emotions … all for nothing {the worst part for me was consistently doing 10x better than everyone else by the numbers — then getting 10x worse results at the end. We experienced the highest of highs only to drop to the lowest of lows}. We were out of insurance, out of money and out of hope. We chose not to continue with another round of IVF — we just couldn’t take it, emotionally or physically.

It wasn’t until our last round of IVF that I was really able to process everything that had happened: Madelyn’s birth and death, my ‘condition’, what it meant for our family and our future. I was too focused on ‘I’LL SHOW YOU’ for all those years to really wrap my head around what was happening. 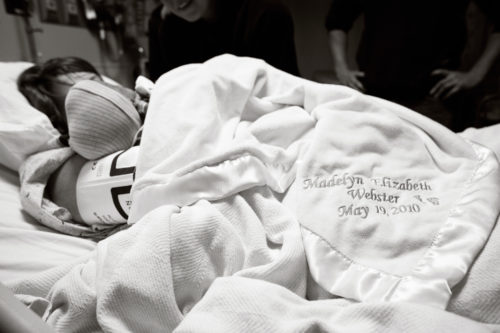 Every day since Madelyn’s birth, she has made me want to be a better, kinder person. I now truly understand what is important in life and I KNOW she watches over and guides me. I think about her every single day, I cry for her at least once a week. I could go on and on {and on and on} about all the things she has helped me to see in myself and the world. Obviously, she is a huge part of my life {still} and who I am.

That being said, there is something very taboo about telling others that your baby is in heaven, not in your arms. Society has deemed it a private topic and, more than that, introducing yourself as the ‘mama of dead babies’ just gets you weird looks and people feeling sorry for you. Or, they try to give you BS ‘advice’. Things like: ‘it will happen when it’s time’, ‘God just thought she was too special for earth’, ‘you’ll make a great mom someday’ or my all-time favorite ‘just get pregnant again’.

I am a fighter. I am strong. I don’t want anyone — especially strangers — feeling sorry for me for any reason. I don’t tell my story to ‘prove’ I deserve to be sadder than you. And also, on the other hand, Madelyn has a place in my life … Every. Single. Day.

In ordinary, day to day life, people ask you questions to get to know you {especially when you’re like me … out meeting new people all the time}. I found I was making snap judgments about people I didn’t really know {judging the proverbial book by the cover}; I had to determine {sometimes in a split second} what kind fo person I thought this person was, if I thought we should have a long-term relationship, if they were a crier and a hugger — or a question asker … and then answer the dreaded question: “Do you have kids?” If I say ‘no’, I’m lying. If I say ‘yes’, I’m crying.

It became a whole lot easier to lie on a daily basis than cry. I didn’t want the pity, I didn’t want the questions, I just wanted people to leave me the h-e-double-hockey-sticks alone {if I’m being 100% truthful}.

It started to feel wrong to lie to people. Like each time I did, a little bit of my soul was chipped away. I wasn’t being authentic. I wasn’t honoring Madelyn. It’s hard to tell people every single detail about your life and leave out the absolute biggest piece.

Since Sharing Solace has become public, a massive weight has been lifted from my shoulders. I can now talk about Madelyn with a smile on my face, without seeing that look of pity in the other person’s eyes. There is something very freeing about being truthful to who you are. I am much more comfortable in my own skin now.

I tell my {long, yet so condensed} story so that someone else may become a little more comfortable telling others their truth. You never know. Your story may just inspire someone else to tell, and live, their truth.