Sometimes it takes darkness and the sweet confinement of your aloneness to learn that anything or anyone that does not bring you alive is too small for you. David Whyte

The night is never quiet where we live, way out in the country. Coyotes howl, owls hoot, Buster barks at something only he can hear. Some of the noises are terrifying the first time you hear them, like when the vixens scream during mating season. You’d think someone was being murdered on the undeveloped property next to ours.

I am a night owl by temperament, and my favorite time to work and write and create is late at night when everyone in the house is asleep except for the dog. Like a gambler playing the slots in a room with no clocks, I lose track of time only to find it’s 1:00 or 2:00 am.

The steady march of the clock coupled with the need to be up early force me to focus on what matters most. I’m not one who finds herself up late checking Facebook (that’s a distraction more likely to happen at three in the afternoon when I should be finishing a project). I rarely get enough sleep so the tradeoff for staying up has to be worthwhile or necessitated by a deadline. Perhaps that’s why those wee hours are always so productive for me.

Cancer is like the darkness late at night. After the diagnosis, you find yourself laser focused on what matters and what doesn’t, charged with a new found energy to dump anything and anyone who no longer seems worthy of your time. Within days of Jimmy’s brain cancer diagnosis, I had resigned from the committee I was chairing for the PTA at his junior high. It wasn’t a demanding or time-consuming role, but I realized with new found clarity that it also wasn’t important enough to take me away from family during such a scary time. The PTA president leaving a message trying to coerce me into continuing, despite what had happened, only confirmed the correctness of the decision. 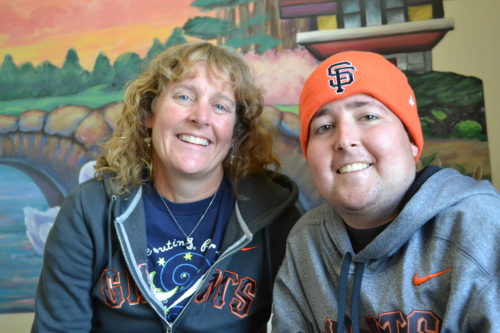 Over the next eight years, as Jimmy was in and out of treatment, I discovered that that clear-eyed vision stayed with me, especially when his medical issues got particularly scary. I had spent my life seeing the gray, which led me to ignore what other people revealed early on about who they really were and explain away bad behavior rather than end the relationship. Cancer taught me to be black and white, not just in the decision making, but also in the aftermath. How to understand the importance of choosing to disconnect from someone or something that didn’t bring me alive, and how to face the fallout without allowing it to tempt me into unraveling the decision.

I spent a lot of time alone during those cancer years, sitting beside my sleeping son as he was getting chemotherapy or a blood transfusion or staying up late in the hospital room long after he’d fallen asleep. The terror of side effects, treatment damage or of losing him together made that time together precious instead of the drudgery it might have been. I got to know Jimmy in a way I might never have had he not been diagnosed with cancer.

What a gift to get that wake up call. To have the universe smack me upside the head and say, “Stop wasting your life on things that don’t matter. Time is slipping through your fingers, and all too soon, the memories will be all that is left.” I didn’t heed it fully the first time, but once Jimmy’s cancer returned, I did. I will never feel like we got enough time with our precious boy, but we made the most of the time that we had.