When you talk, you are only repeating what you already know. But if you listen, you may learn something new. Dalai Lama

I sailed into the world of blogging and community building around grief and loss convinced I had plenty to say. Ideas about what grieving souls need and don’t need. Opinions on what helps and what doesn’t. Experience with death and isolation, kindness and abandonment. The scars from harsh words and the pain of watching people I loved turn their backs or walk away after Jimmy died. Lessons learned in a trial by fire. Real in their own way, but not as universal as I, in my own little bubble, believed.

I discovered early on just how naive and uneducated I was, thanks to the grace of other grieving mothers and their willingness to teach me. We were broken in similar ways and grieving the same loss.  Although we were all struggling to navigate the world without one or more of our children, I learned how different the experience was for each of us. That there is no one size fits all. No universal advice, no magic words that can soothe every hurting parental heart. While we may be part of the same club of bereaved mommas, any similarities often end there. Age of our child, cause of death, mental illness, the involvement of drugs or loss by suicide, the presence of siblings, family circumstances, economics, other losses, estrangement between mother and child .. so many other factors that can increase the pain, change the path you walk on, determine how many friends and family members are willing to stand by you.

These brave mommas exposed me to a world within a world that I didn’t know existed. A realm where strangers feel free to tell a broken, grieving mother that her son is going to hell because he died by suicide. A place where family and friends diminish the death of a daughter because she died with drugs in her system. A universe where the mother of a baby who never drew breath is left to wonder if her child even existed because no one will say his name.

When your child dies of brain cancer, people don’t act as if the death was your fault. They don’t question if you did everything you could or shame you for the way he died. And because your child has a sibling, no one wonders whether you are still a mother any more.

I learned from the painful experiences of others that I am rarely the one to lead and often not the one to speak. That it’s a privilege to be invited to the table for a conversation and that the value in showing up comes from listening and learning from those whose experiences are different, even foreign, to our own.

I think of those kind, generous mothers now as I sit on the sidelines and watch the world burn. I have little to offer in the way of advice, experience or wisdom so instead, I watch, listen and learn. I see the pain on people’s faces over the deaths of innocent black sons and daughters, murdered by police or white vigilantes solely because of the color of their skin. The fear, the anguish, the reality that black parents cannot keep their own or their community’s children safe. That their children are vulnerable in a way that I and mine are not and never will be. And I realize again how different loss is for each person. Societal attitudes, racism, institutional injustice and a lack of change or progress can make the bereaved consumed with rage, anguish and despair knowing that these deaths can and will happen again and again in ways that feel impossible to prevent. 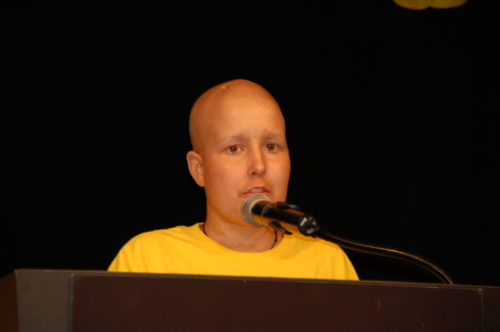 Jimmy taught me to pay attention and not look away. As the side effects from treatment and the damage from his growing cancer made him more and more different from his peers, he refused to stop being seen, to be quiet, to pretend he wasn’t there. He wasn’t afraid to face the truth about who his real friends were or to speak up on behalf of someone who needed defending, understanding or support. He paid dearly for it at times especially in high school when he spoke out about the dangers of drugs and alcohol. Most of his peer group shunned him, even the boys who had been close friends since grade school. Memories of picking him up after school and seeing him standing alone in a sea of high school students still makes me weep, but I also know that his desire to save the friend who was killing himself with alcohol was more important to Jimmy than the preservation of his own social circle. 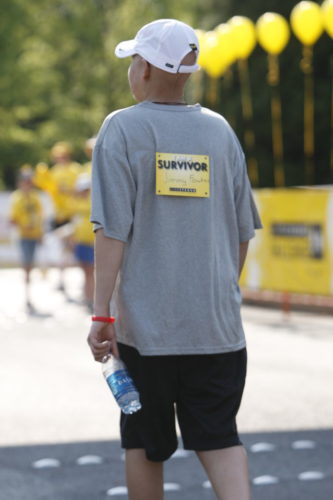 I am not brave like Jimmy. But I can no longer look away. Life is about seeing and absorbing other people’s pain, even if you have no power to ease it. We might wonder what we would do if a fleeing protester knocked on our door or a cop shoved an elderly protestor to the ground in front of us, but most of our opportunities to act or speak up happen in the every day. This week, as I objected to the racist email sent by the president of a service club I belong to, I reflected back on the many times I have held back, remained quiet, hoped that someone else would say something. I am ashamed of my silence, but I can’t go back and right those wrongs. I can only act differently from now on. When no one objected to the president’s response to my email, shaming me for speaking up, it wasn’t as hard as I thought it would be to stand alone.

I think of the phrases people toss out after a loved one has died – “Let me know if there’s anything I can do.” “I can’t imagine what you’re going through.” “Stay strong.” “It could be worse …” And I am reminded yet again of how unhelpful words alone can be. We say them in lieu of taking action, to insulate ourselves from the unimaginable or to try to repair the damage by bright-siding it. It’s hard to be with someone who is broken and not look away. So instead, we try to fix situations, right wrongs, erase trauma or repair injuries without understanding that pain must be witnessed and seen and that injustices must named, acknowledged and addressed.

Grief, like trauma, is so often silenced, diminished, ignored. It’s easy to stumble, even if you are a card-carrying member of this shitty club. To say or do the wrong thing. “I’m sure you’ll get pregnant again.” “Your mom had such a long, full life.” When I’ve tripped up, said something stupid, offered the wrong help or been no help at all, I am reminded again and again how much value there is in just listening. It’s in that still space where we learn what we need from each other. It requires showing up, admitting how little we know, how fresh out of ideas we are. Being willing to sit with our own discomfort and not trying to grab the other person’s pain. The wisdom is there in the silence, waiting for us to find it if only we are quiet enough to listen to the words.