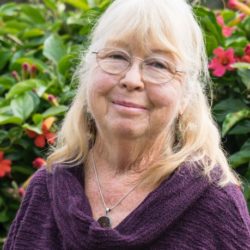 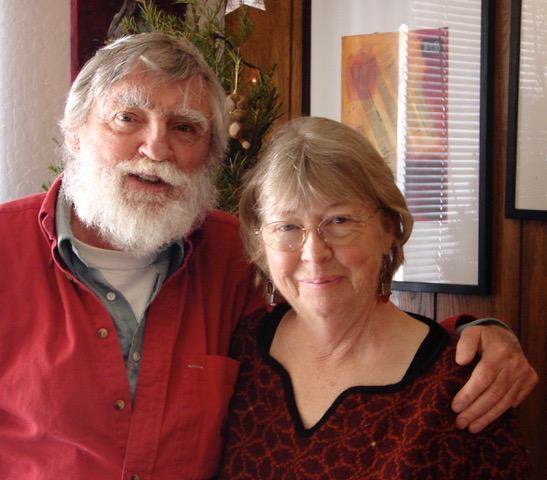 After teaching at Gavilan Community College in Gilroy for 30 years, Marlene Anne Bumgarner moved to the California coast. There, she volunteers in the Young Writers program in local schools, leads writing workshops and enjoys walking along the coast with her border collie, Kismet. Marlene is the author of The Book of Whole Grains, Organic Cooking for (not-so-organic) Mothers and Working with School Age Children. Her memoir about living off the land with her family in the 1970s, Back to the Land in Silicon Valley, will be released in July 2020. Learn more about Marlene on her website.

It didn’t start out as a Great Love. I think that may be the case for many late-life loves. Dennie and I began as colleagues, teaching at the satellite center of a small community college. Instructors were expected to publicize their own classes, so the week before classes began, we both printed flyers and distributed them around town. Supplies were, well, in short supply. Day after day, Dennie and I squabbled over colored copier paper, office supplies and whose turn it was to replace the toner cartridge. He accused me of using the entire year’s supply of large binder clips. I complained that he had used all the green paper for flyers before I had a chance to print my syllabi, which were traditionally known as green sheets because they were printed on green paper.

Dennie was the first one to blink. He suggested we have lunch at a deli across the street, and while we waited for our sandwiches, he brought out a ream of green paper from the cloth grocery bag he always carried. I smiled and handed him a box of large binder clips. Seems we had both been to Staples that morning.

That was pretty much our courtship. 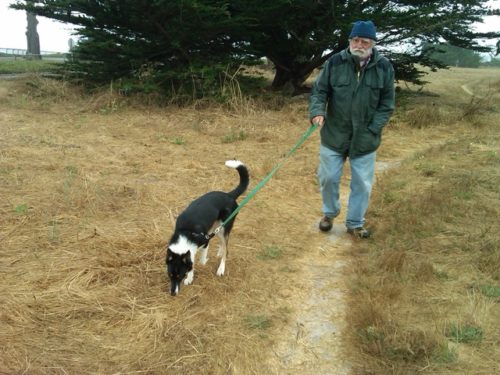 I like to say that our first date was a month in Australia. It was actually a week in Palm Springs at an Educational Technology conference. That’s where we learned that we could participate in workshops, visit three museums, eat at five different restaurants and still write a five-year million dollar grant proposal if we worked together. That partnership lasted through the 15 years that Dennie taught Computer Science at Gavilan College following his retirement from UC Santa Cruz and enhanced both of our lives in countless ways. The trip to Australia that followed the conference was purely for pleasure.

We started each day with the New York Times and very strong coffee. Unless we were traveling. Then Dennie like to read a local paper: The Guardian when we were in the UK, the Times of India when we were in Delhi or Haridwar, the Vancouver Sun when we visited my parents in British Columbia and the Courier-Mail when we visited his son in Australia. The coffee never changed. Strong. Black. An introvert by nature, Dennie used the coffee and newspaper to fend off my tendency to chatter in the morning. Once he had finished his coffee, he would put down the paper, smile broadly and our day together would begin. 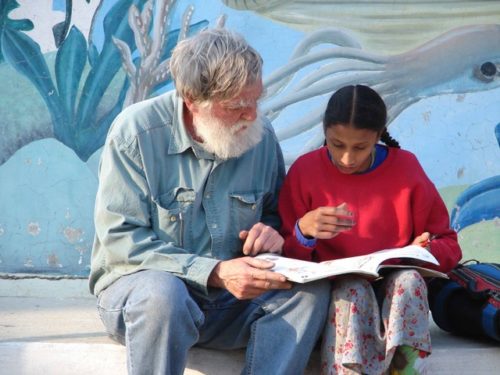 In a lifestyle choice that I think may also be common for late-life loves, we maintained two households throughout our relationship. My condo was close to the satellite center where Dennie taught most of his classes. His house, much larger than mine and with a gorgeous view, was an hour away on the coast in Santa Cruz. During the years that my daughter was in high school, we spent the week in my condo, and he went home on the weekends. When my daughter was with her father on a weekend, I would join Dennie in Santa Cruz. After she left for college, we began to split our time between the two houses, and as I neared retirement and began to teach half my Child Development classes online, I spent most of my time in Santa Cruz. Dennie continued to sleep at the condo on the nights he taught. When my four children came for Thanksgiving or Christmas, they began to specify Dennie’s house as their venue of choice. All our family gatherings were in Santa Cruz from then on.

Dennie and I shared our respective families with one another and became grandparents together. When his first grandchild was born, we flew to meet her. When his daughter was married, all four of my adult children attended, and when her first child was born, two of them drove to Seattle to meet him. Dennie attended the weddings of all of my children, and when my first grandchild was born, he immediately began prowling the neighborhood for yard sales to provide her with a toy kitchen, a wagon filled with blocks, a rocking horse. Gently used and given with love. The joy of grandparenting seems to be universal, and with two families producing grandchildren, all the more precious. 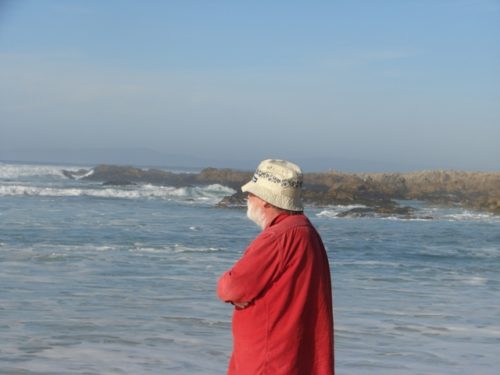 Dennie loved Santa Cruz. He had lived here since the 70s and seemed to know someone wherever we went. He gradually introduced me to his favorite haunts and eateries: Pogonip, Nicene Redwoods, West Cliff Drive, Lighthouse Field, Steamer Lane, Zachary’s, The Bagelry, Aldo’s. When his health began to fade, and he moved to Seattle to be closer to his daughter, I found solace in visiting those places with Kismet, our border collie and taking pictures to share with Dennie during my bi-monthly visits. I have to come to love Santa Cruz, too, thanks to Dennie, and in my heart, he will always be here.

I visited Dennie in Seattle many times. As he began to fail, I experienced that terrible grief that comes from losing someone before they have actually passed. It’s called anticipatory grief and for me, it lasted three years. Three years of holding hands and reading to a man I had loved for so long, who sometimes couldn’t remember my name or the names of his beloved grandchildren.

Dennie left this life on September 8, 2018. Our family and friends, along with his many colleagues and students, celebrated his life on October 7th at Peace United Church in Santa Cruz. It seems fitting that the New York Times printed his obituary. Dennie would have loved that. 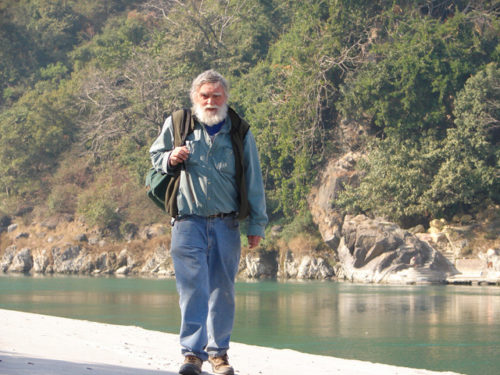 I took this photo of Dennie during our last trip to India … he was perfectly in his element walking along the Ganges River.

I miss him beyond belief.