I think once you’ve felt grief, it’s hard not to catch someone else’s. Emily Henry

I am a dropper, like Chandler Bing on Friends. Toss me your keys, a can of Coke or the tv remote, and chances are high it will end up on the floor. If, by some miracle, I actually catch the thing, you’ll know immediately how rare this is because I will throw my arms in the air like an Olympic gymnast sticking a landing and exclaim, “Did you see that?!”

My parents weren’t sporty unless you count my mom’s captaincy of her high school field hockey team senior year or my father’s prowess at duck hunting and horseback riding. Doubt about my own abilities coupled with nearsightedness that went undiagnosed until high school were enough to have me avoiding any athletic endeavors requiring hand-eye coordination.

Softball was the sport that repeatedly exposed my lack of both skill and confidence. These encounters, not of my own choosing, were fraught with mishaps, mortification and minor injuries.

In 5th grade, I was the last one picked to play slow pitch with my classmates. I can’t recall what position I played, where I was in the lineup or if I even got an at bat. What I remember is standing with the still unchosen girls as our number dwindled. The twist in my gut as I realized I was going to be what was left to be taken in by one of the teams like a stray cat.

When Molly got serious about softball, she started spending hours taking batting practice with Dan on the field near our house. My job was to retrieve the balls in the outfield. The two of them cautioned me repeatedly about not attempting to catch any fly balls, fearing I would misjudge the trajectory and get clonked on the head instead.

I’d given them good reason to worry a few years earlier at one of Molly’s softball tournaments. Jimmy was still alive then, although repeated rounds of high dose chemotherapy had slowed his processing speed and reaction times. The four of us were standing on a wide strip of lawn in between two ballfields when a player fouled off a pitch. As I watched the ball drop, I realized to my horror that it was heading straight toward Jimmy. Instinctively, I put my right hand on the top of his head, rather risk misjudging the flight of the ball and move him into, not out of, its path, and let the ball smash down on it. As the bright yellow softball thudded to the grass at our feet, I doubled over, convinced I had broken every bone in my hand. Although the appendage turned black and blue and swelled to double its normal size, I escaped without lasting damage to anything but my pride.

Jimmy didn’t live long enough to see Molly play in college, one of the many milestones I grieved after his death. As I watched Molly prepare for her new team, I realized I would need one of my own to help me navigate life without my son. Some choices were easy and obvious .. dear friends and family members who’d shown up and leaned in from the beginning. Brave souls willing to do anything, face anything, who didn’t get offended when I failed to return calls or respond to texts for weeks on end. Some loved ones removed themselves from consideration by drifting away while others had to be cut for bad behavior.

Despite their support, I soon discovered that I also needed people on my team who understood this strange new world I’d been thrown into. The game plan for navigating loss and the agony of grief, what the rules were, how to decode the signs. As I searched for other grievers online, I was struck by how many of them expressed fury or contempt for the way their loved ones were reacting to their loss, labeling them as “minimizers,” “solvers” or “doomsayers” in one breath and berating them for walking away in the next. 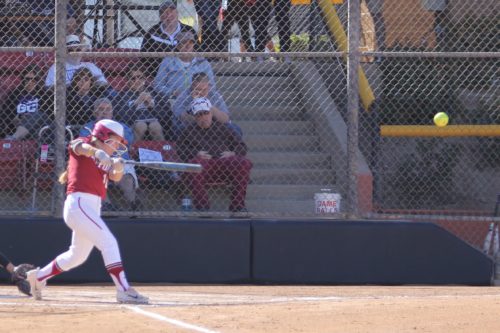 It’s taken a long time to understand what troubled me so deeply about this kind of judgment, beyond the obvious unkind treatment of people who were so often just doing their best to express sympathy or offer hope. To recognize that the problem with snarky comments, harsh dismissals and cutesy categories is that they don’t just capture the jerks. They snare the untrained and inexperienced, too. Well-meaning souls who haven’t lost one of their most important people but are trying to imagine what that’s like in order to support someone they love who has. Criticizing them is the equivalent of telling someone who’s never been on the field, much less played softball, to suit up and grab a bat, then making fun of them when they can’t hit the ball.

Grievers are desperate to find ways to ease their pain and fill the hole in their heart left by their dead loved one. I was no different. But as the people I love most began to suffer devastating losses of their own, it didn’t take long for me to realize that despite my extensive grief resume, I, too, struggled with what to say and how to help. It takes time and practice, trial and error to find the right words and learn how to show up in ways that make space for the unique way each one of us reacts to a shattering loss.

This life in the aftermath is hard enough without trying to berate someone into offering support they aren’t capable of providing. If you haven’t had your life blown up by death, you can’t possibly understand what it’s like. Those who’ve been in the arena and fought their way out acquire skills and knowledge that can’t be developed any other way. They perform a role that can’t be filled by someone who hasn’t, and no amount of shaming will enable the as-yet-untouched to acquire experience they simply don’t have. We need those who love us to stay close but when it comes to finding a way to survive a life-altering loss, it’s better to wait patiently for those with the right mix of compassion, bravery and brokenness who understand the play and can help you begin anew.