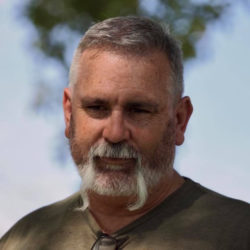 From a childhood of horses, shooting, tomahawk throwing, mountain man rendezvous, abuse and violence; to a loving marriage, three amazing sons, three truly special granddaughters and great plans for retirement that all came crashing down with one traumatic event; I am finding that there just might be life after loss. 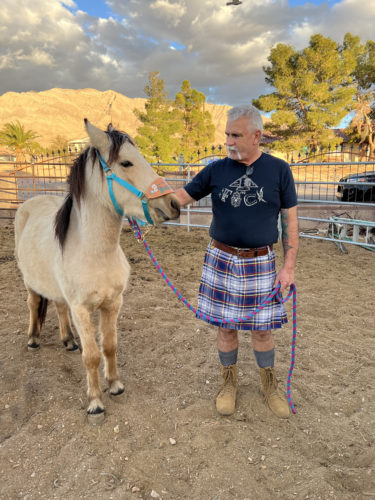 Karen and I had been married 30 years when in February of 2017 she fell from her horse and suffered a fatal brain injury. Losing my best friend and keeper of my heart hit me hard. The desire to hide and the near constant confusion led me to seek out and find a therapist within a couple of weeks. My relationship with my therapist kept me from sliding much further into the pit. It was also her encouragement to re-engage and reconnect that led to me “discovering’ yoga about 6 months after the accident. Like a miracle, I found that the constant chatter in my head wasn’t necessarily going to be my constant companion! My yoga practice showed me that there was healing inside of me. I had no idea that what seemed like a miracle was also my first step into the world of neuroplasticity.

Over the next 4 years, I found other things that helped with the anxiety and depression. However, they were still my constant companions just waiting to pop in at the most unexpected moment and stay way too long. I began to understand that the feeling of safety and security that my relationship with Karen had provided was gone, and I now found myself in a near constant hyper-vigilant state. Things such as therapy, yoga, meditation, and acts of service would bring me into the present; chasing away the depressive thoughts of what was lost and the anxiety-inducing thoughts of what will never be. However, those thoughts always came back. Earlier this year, on Karens birthday, I experienced a full blown anxiety/panic attack. I woke up from a sound sleep at 2 am, and there was nothing inside of me. I had only experienced emptiness and despondency like that twice in my life; the first time was when I got the phone call that my mother had died suddenly of a heart attack at 53 years old; the second was when the doctor took me into the quiet room at the hospital to tell me Karen was not going to survive. This lingering terrible experience forced me to realize that I was not “fine”. Somehow in my quest to find a coping mechanism other than turning myself into a zombie with drugs, I found The Post Traumatic Growth Guidebook by Ariel Schwartz. This book helped me see and understand what was going on inside of me and showed me a path forward. I came to realize that while outwardly I was functioning “fine”, in reality I was spending most of my time in a highly vigilant state just waiting for the next terrible thing to happen. Dr. Schwartz described most of what I had been doing already; I had a trusting relationship with a therapist, I knew how to self regulate through meditation and yoga; the missing piece was EMDR. 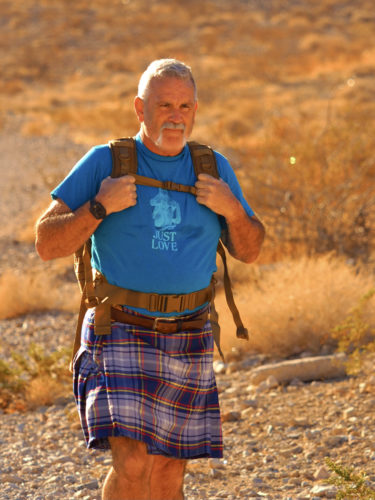 I began my EMDR experience by working with Terri, the EMDR therapist and Laura, the equine therapist, to establish trust, create a safe/calm place within myself that could be used as an anchor to the present, and then identifying targets. After working on that process for a couple of visits, we progressed to the desensitization and reprocessing phase. From then on every session began with a grounding exercise using that safe/calm place to firmly orient me in the here and now. Once this safe place was established the therapist would gently ask me to visualize the target we had chosen to work on. This visualization took the form of a movie or still image of a traumatic event that would trigger an anxiety/stress response. When the replaying in my mind of the triggering event would push me into an anxious state, Terri would have me begin a bilateral stimulation practice designed to stimulate both sides of the brain simultaneously. For me, this took the form of “pushing” her finger with my eyes as she moved it from left to right across my view or bilateral tapping of my legs as I walked around the arena. After completing one exercise focused on what I thought was the main target, I became a bit frustrated, I could not trigger myself with visualization of this target anymore. While trying a few different visualization methods, other triggers/targets came up giving us material to work with in future sessions. Later, I realized that I had experienced a near instantaneous reprocessing of that first target, desensitizing me to its triggering effects. That perceived failure ultimately led me into deeper issues that I really didn’t believe I had. We worked with those subsequent targets over several more sessions, slowly but steadily reducing their ability to trigger me and ultimately giving me relief from that constant hyper vigilant state.

From my perspective, EMDR has decoupled the present from both the past and the future. I can experience things in the moment without depressive thoughts of the past or anxiety about what might happen shutting me down. Do I still have these feelings? Yes, but they don’t grab ahold and linger for days anymore. Are the traumatic memories still there? Yes, but they don’t destroy me like they did before. Grief is always going to be there for me because my love for Karen will always be a part of me; through therapy, yoga, meditation, acts of service, and EMDR that love that morphed into grief is slowly changing into growth. 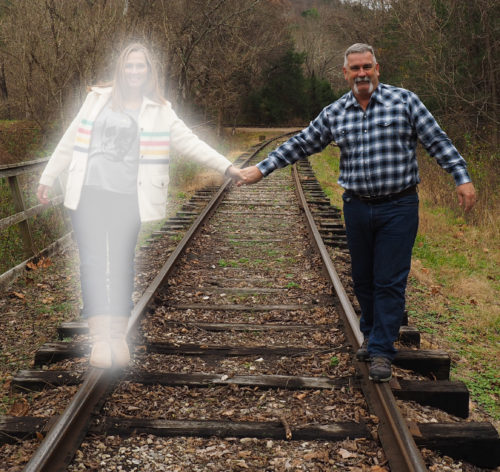