Age is simply a case of mind over matter. If you don’t mind, it don’t matter. Jack Benny

It was exactly fifteen years ago today that my father drew his last breath. He had been fading for months, he was 102 1/2  and yet, his death was still a blow.

For me, my father had always been larger than life. When I was little, I never really grasped how old he was, and I don’t remember asking anyone. I knew he was older than my friends’ dads, but he was always so full of life that I didn’t care.

Even as I got older, Dad remained in a class by himself. When he turned 90, my nephew asked Dad how it felt to be that old. Dad said that 90 and 70 felt the same. Then he quoted Satchel Paige who said, “How old would you be if you didn’t know how old you was?” 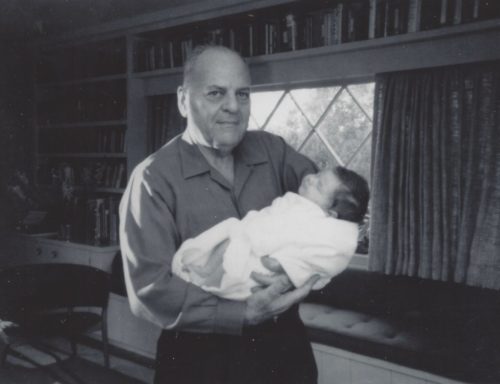 On the one hand, Dad was matter of fact about his age. He told my mother on their wedding day in 1958 that he could only promise her ten years. He took me to the bank when I was eight to open a savings account because he wanted me to learn about compound interest and the importance of not spending the principle.

On the other hand, Dad refused to act his age, often quoting Jack Benny or making funny comments like, “You know, I’m 90 now, and very few people die in their 90s.” 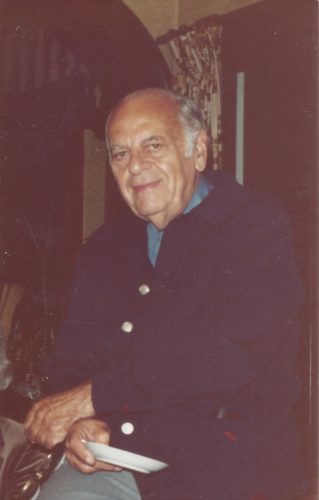 My freshman roommate told me she was worried that I wasn’t prepared to lose Dad, despite his age. Even though he lived another 20 years after that, she was still right.

When I was very young, I sometimes envied my friends whose dads were so much younger. Their dads took them camping on the weekends and taught them to fish and water ski. My father’s idea of camping was staying in a Motel 6 when there wasn’t a better option in the town we were visiting. We traveled quite a bit when I was a child but to places with famous art exhibits, acclaimed operas or historical significance. Being an only child, I didn’t grow up with built-in playmates so I learned to sit with the adults and listen to their conversations about politics, real estate development, cultural happenings and the San Francisco Giants. 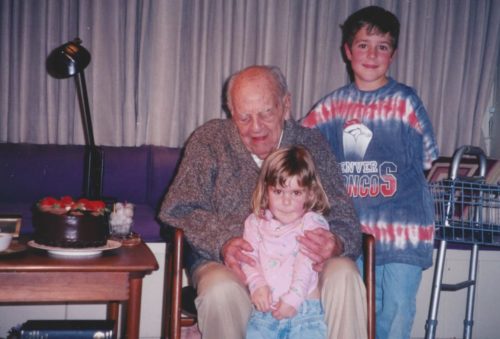 Despite how long Dad’s been gone, I still miss those packets of newspaper clippings that would arrive in the mail and knowing that he was just a phone call away. I miss his well-informed commentary on all things political and often wonder what he would say about the world we’re living in right now. I miss talking to him and watching him give Molly and Jimmy his full attention, no matter what they were telling him about — the picture they’d drawn, the intricacies of Pokemon, the sport they were currently playing.

When I look at my life — my marriage, my children, my friends, my health, my business, my love of learning — I see Dad’s influence and his teachings at every turn. He gave me an unshakeable core and a belief that I can survive anything. It was a gift to have him as my father, and I am proud to be his daughter.