No Words At All

When there is pain, there are no words. Toni Morrison

The hardest thing about being an only child is that there is no one to blame when you make a mistake, spill your milk all over the breakfast table or forget to do one of your chores. All of my close friends in preschool had siblings, most of them younger, which made them perfect for blaming things on.

In desperation, when I was four, I invented an imaginary playmate named “Giddy”. Whenever my mother would ask a rhetorical question like “Who made the mess in the bathroom?”, I would reply, “Giddy did it.” To my mother’s credit, she would play along, asking questions about why Giddy would do such a thing, what Giddy was like, where was she right now, etc.

What I was trying to avoid, I think, was having to own up to what I’d done. Saying “I’m sorry” seemed hard for some reason despite the fact that my mother wasn’t a yeller. My father would exclaim in the moment about the spilled milk, for example, but when having a conversation about something I’d done or failed to do, he stayed relatively calm. Perhaps it was his initial outburst that made me feel defensive.

My husband would tell you that I brought this trait into our marriage (to which I would respond, “Pot, meet Kettle”). But I have to admit that he would be right. For some reason, saying “I’m sorry” was hard for me. It wasn’t that I wasn’t sorry; I was. But I was also embarrassed for having hurt my friend or let her down or failed to meet an obligation. So I would hedge. There would be extenuating circumstances, reasons why I couldn’t accomplish the task, confusion that lead to the hurtful comment.

After Jimmy died, I realized that I had begun to say I was sorry all the time. I think it’s because there were so many balls dropping that I couldn’t think up excuses fast enough to explain them nor did I have the energy to try. So I started owning it all. The failure to respond to a friend’s loving text or email, the missed request for coffee or breakfast, the invitation that went unanswered. I discovered that “grief brain” is real, and that I couldn’t fake it, outthink it or manage it. Some days, my brain just wouldn’t work at all, and all I could do was leave everything on my desk and take the dog for a long walk.

As I connected with more and more people who were grieving the death of someone dear to them, I found after a lot of trial and error (and more error) that “I’m sorry for the death of your beloved” really is the best thing to say, although it took me a while to accept the idea. I kept thinking that I was missing something, that there were perfect words that were eluding me that would ease the other person’s pain, even though no one, no matter how loving, had found the perfect words to say to me. “I’m so sorry” and their presence was enough.

That led me to the deeper lesson which is that sometimes the best thing to say is nothing at all. When nothing will make a situation better and there are no words to ease the pain of a grieving heart, sitting and listening is the best choice of all. Your presence conveys that you’re sorry and sad and heartbroken. That and your willingness to listen is the greatest gift you can give another person whose world has been shattered. 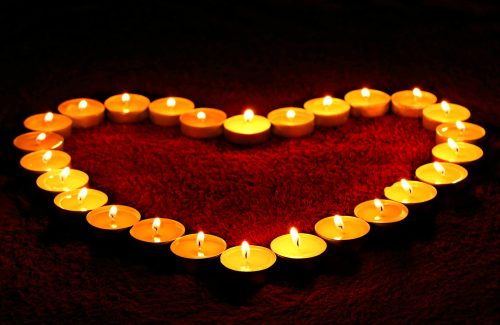