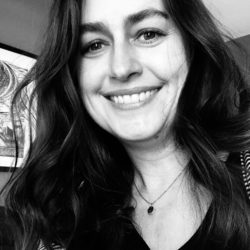 Anne Pinkerton’s writing has appeared in Modern Loss, River Teeth‘s ‘Beautiful Things,’ Hippocampus, Lunch Ticket, Ars Medica, and the anthology The Pandemic Midlife Crisis: Gen X Women on the Brink, among other publications. She studied poetry at Hampshire College and holds an MFA in creative nonfiction from Bay Path University. Her memoir about the loss of her brother David will be published by Vine Leaves Press in 2023. Find her online at AnnePinkertonWriter.com.

I’m in a brief liminal state between 46 and 47 years old right this minute; my birthday is tomorrow. When I was born in June of 1973, my big brother David was already 12.

Numbers. Ages. They’re hard facts, and should seem concrete as boulders, but they just don’t make sense a lot of times.

David was heroic to me—brave, strong, smart, highly lovable. He had a mind for science and a heart for adventure, going on to become a doctor and an athlete. Growing up, I looked up to him and admired him—I envied his fearlessness, his comfort in his own skin, his independence and self-possession. I still do.

The year he was 47, on a solo excursion, he fell while hiking and died instantly. Twelve years ago. How I always used to wish for the gap in our age differences to feel like smaller, to symbolically close, so that we had more in common, but not like this.  This addition and subtraction is all wrong. The number wasn’t ever supposed to line up. 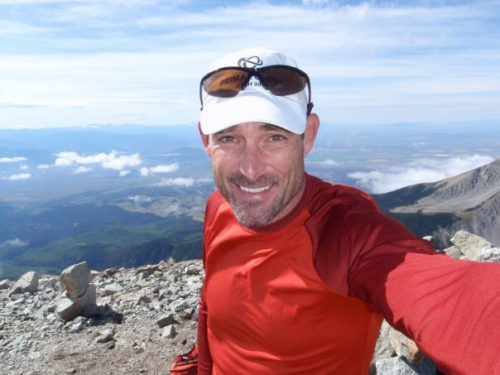 I have a photo of David from the last year he was alive in a silver frame in my bedroom. In it, he’s smiling on the top of a rocky outcrop, blue sky behind him, hair just beginning to gray. His hair will never fully gray, he’ll never start balding. His laugh lines won’t deepen. He’s suspended in time, fit and perfect, in his prime, never growing a day older than 47.

It doesn’t compute that I am about to be the same age, my hair just beginning to gray, laugh lines starting to show. I was never supposed to be the same age as my big brother. He would always be older, wiser, more experienced—there to teach and prop up his kid sister.

Three years ago, I wrote about this kind of bad math after his birthday. It will feel especially weird next year, when he would have turned 60, an age he would have thought officially old. And I will have grown older than he ever was.

Each year on my birthday, I brace myself for the call I will not get: the one in which he  calls me young ’un, tells me he loves me, wishes he was here. He never, ever forgot one.

I’m blessed, and lucky, to have this uncomfortable moment available to me; I’m so glad I had him, and I’m damn happy to be alive at almost 47. I feel responsible for not squandering this time, bonus that it seems. Using the loss of him as a motivator to make the most of everything I do have.

I’m working on embodying some fraction of his fearlessness, getting comfortable in my own skin, being independent and self-possessed. Here I come, 47.