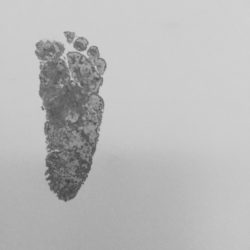 One. There Is No Heartbeat.

Mum to an angel baby, Lenny. Bringing awareness and hoping to break the silence. Read more of Courtney’s poignant writing on her blog, Life After Lenny.

My husband and I decided to move from Australia to New Zealand. We’d been married almost three years and were living life to the fullest. I was meeting so many new friends and people from all around the world and feeling free and young. I had been working so hard in my new job that I didn’t realize I was about two weeks late. My husband purchased a test, and the results were almost instantly a positive. I burst into tears. I was in disbelief and totally scared of what it all meant. Being so far from my close friends and family back at home made it all so much harder. My beautiful mum holds onto all things special which is what inspired me to start a pregnancy journal as soon as I found out we were expecting our surprise baby. I’ve since learnt that if you try to plan your life, the timing will never be right. So this is my story …

My pregnancy was a rollercoaster ride. I had morning sickness until the 16th week and heartburn the entire time. We found out we were expecting a boy and were over the moon! We decided to name him Lenny which means “Brave as a lion”. One night, mid-pregnancy, I awoke in serious pain and started vomiting clear acid. I was taken to the local hospital and monitored over night. They found that I had a gallstone lodged in the bile duct. Lenny was still calm and kicking away, oblivious to what I was experiencing.

My scariest experience was when I woke up in a pool of blood one morning. We rushed into the emergency room and were told that I was miscarrying. To our relief, it wasn’t a miscarriage at all. It was later determined that I had an abnormal cell growth on my cervix. However, this was not dangerous or detrimental to our little Lenny who was still growing at a regular rate.

The next nine weeks were bliss. I felt like I was starting to really enjoy pregnancy and the hair and skin that came along with it. I didn’t gain much weight at all and had a small hard belly and an active baby. My measurements and his growth were perfect. 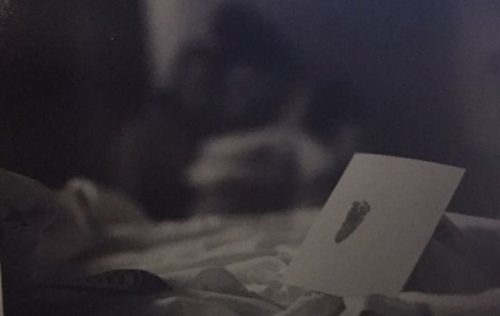 On Wednesday 25th October 2017, I arrived home after work to a bright yellow bassinet which we had purchased online as a gift from my mum and dad. I was so excited! We were starting to count down the last ten weeks of my pregnancy. I was imagining our life with our little guy and the fun we’d have living in such a beautiful part of the world. My husband texted me, “How are you feeling today?”, and I replied, “I feel great! Lenny is quiet though.” He told me to text my midwife straight away to check that everything was okay. She rang me and told me to come straight to the hospital, and we’d check him out. I remember driving to the local hospital blasting John Mayer’s album The Search For Everything. I was in the best mood, singing away with no stress or care in the world. Life was good.

I got to the hospital and met my midwife who began to check my tummy with the doppler. Nothing. Another machine was brought in and strapped around me but was only picking up my very fast heartbeat. An ultrasound machine was wheeled in by a doctor, and my midwife was at the end of the bed. This was so strange. Lenny was in the same position as he was a week ago at my weekly checkup but there was no flicker in his chest. I looked at my midwife who was already in tears and devastated. That’s when everything sank in. There was no heartbeat …