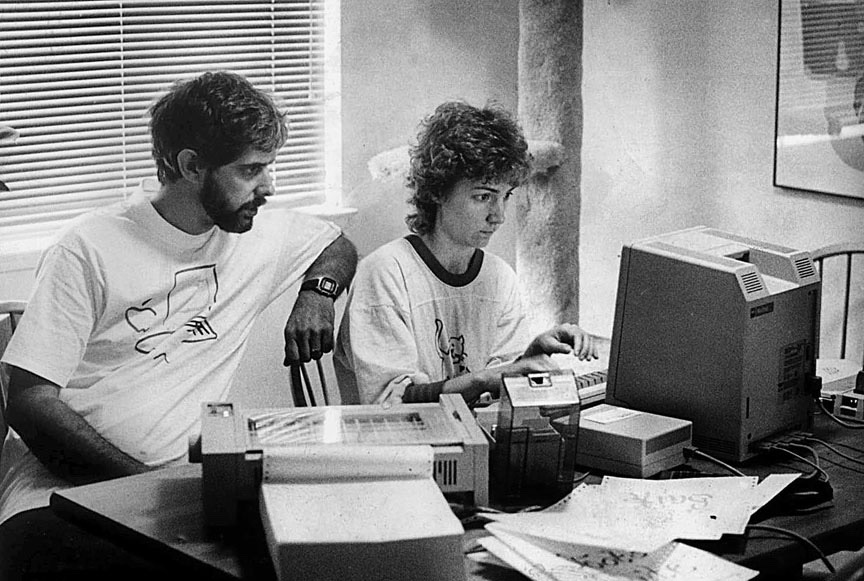 One person was brave enough to say it after my husband died: “You weren’t living with him. Why are you still so upset?”

I hope I was charitable to that person, that I didn’t snap at her with the answer I often gave people who asked more nicely:

“We’d been friends since college, and even after we separated, we rebuilt a friendship around a house we still co-owned and a dog we both loved. We saw each other every weekend. I helped him change his IVs after he left the hospital during his last illness, though he lived almost an hour away. We were family.” 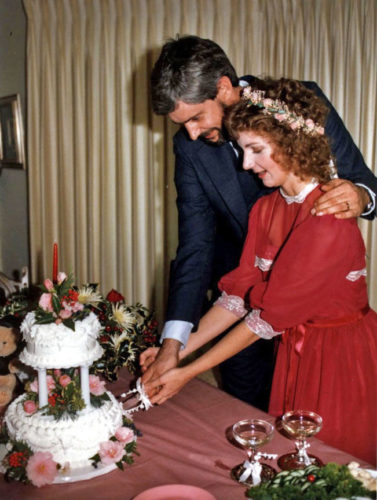 One of the reasons we decided early in our marriage not to have children was because of his illness. He’d told me that he didn’t expect to live a long life. Cliff had been a sickly baby, as they said in his family. They kept him alive as an infant with goat’s milk because he threw up everything else. He grew tall and skinny, no one having any idea that he had congenital heart deformities that wouldn’t be discovered until his early 20s during an exit physical for the Coast Guard. Though he grew stronger after surgery to replace his faulty aortic valve, Cliff was never truly well.

But he was shy and kind, and he adored me. Even when I said that I could no longer live with the depression that often pinned him to the sofa on weekends, he said, “I’ll help you move.” And he did. I have rarely experienced such overt demonstrations of love as those from Clifford Ernest Polland, who died alone at his home in Winters, California on March 18, 2001.

When I got a phone call from the county coroner that spring day asking if I was his wife, I said “yes, of course”, knowing that bad news was coming (coroners never call to wish you a good day). I asked them to leave him as he was when he died, so I could see him. I raced to his house to find him slumped in the oak Arts and Crafts-style recliner he’d made in our garage, an IV in his arm still trying to pump antibiotics to quell the infection around his artificial valve. He wore the pump and bag of penicillin in a tummy pack around his waist. I reached into the pack and turned off the beeping pump, indicating that the bag had run dry.

Then I sat down on the floor beside one of his big feet that had fallen off the ottoman and took that cold, cold foot into my lap. It felt like marble. I looked at his chin settled on his chest, thinking about how often I’d seen him asleep like that. I prayed that his ending had come quickly. It had, I learned later from the pathologist who did the autopsy. The valve hadn’t failed; he’d had a stroke, always a possibility due to the required blood thinners.

“Oh, ” the pathologist added, “You might find this interesting: his heart was three times the normal size.”

“He always did have the biggest heart,” I said, thought I meant it metaphorically. 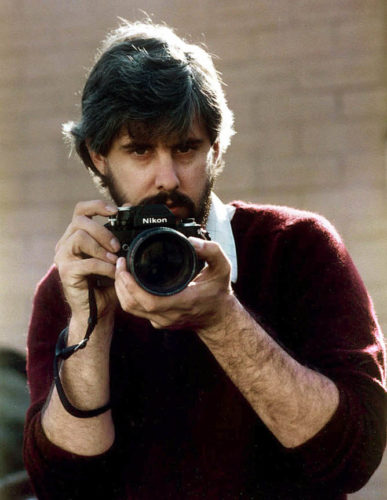 I don’t recall many details during the days and weeks that followed, though after a week off, I went back to my job teaching writing at the community college. Colleagues stepped in to proof the campus literary journal before it went to the printer because I couldn’t concentrate long enough to do it.

One of the things I learned very quickly was to ask specifically for things I needed, not to be afraid to say, “I can’t manage this right now. Can you help?” Everyone I asked said “yes” of course, because so many people want to help, but they often don’t know how. Some folks would say, “Let me know if I can do anything,” but often the grieving one can’t think of what anything might be. I learned to make lists of what I couldn’t manage — even the most basic things like remembering to buy toothpaste — and then, often without my asking, someone would appear who could do that thing for me.

That was the other thing I learned: Angels appear when we need them, especially in times of great grief. We just have to have the eyes to recognize them, not to say, “I’m fine, really,” but instead to say, “Yes. Help, please.”

This extended to letting people feed me. Often, after someone dies, people show up the first week with food. But many of us who don’t feed ourselves well at the best of times need foot support for weeks or months. I loved it when people would call or email and say, “Have you eaten today? Would you like me to come feed you? Or can I bring you your favorite burger/salad/whatever?” At times I’d forget that I even had a favorite burger/salad/whatever. But when someone would ask, I’d realize that what I really wanted was a hot fudge sundae. And someone was happy to comply.

(Grief is no time to be worrying about your weight, by the way …).

I was also reminded that this was a time to allow help to walk in the door. Sometimes I asked; sometimes people offered. But I think of my mother who kindly paid for Cliff’s autopsy when one wasn’t originally planned because I wanted to know how he died (not from a failure of his artificial valve but from a stroke, it turned out). My sister, who accompanied me so many times to Cliff’s rental house to help me clean it out. She scrubbed the inside of the filthy oven in that house until it gleamed. Cliff’s best friend Rick who happily adopted his dog. His sisters, too, arrived to lend their hands and hearts. It made all the difference. 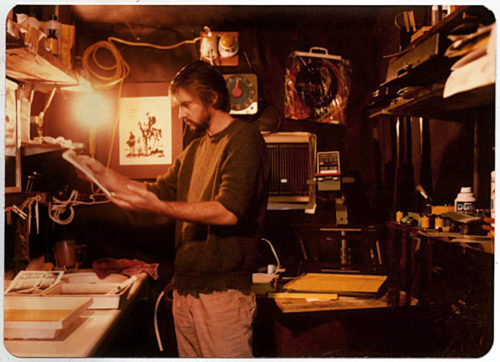 I think the highest calling for someone who wants to help is to be the person who shows up. I didn’t need someone with me all the time, but I did need someone I could call in the middle of the night. I had a few of those people, and even when I awakened them, they would listen to me talk and cry and give me a big EGBOK.

My grandma loved EGBOK, which stands for Everything’s Gonna Be OK. I needed lots of EGBOKs because boy, did I have guilt — after all, I’d left the sick depressed guy. He died alone. I broke his heart. What a terrible person I was.

But dear ones convinced me (as did my therapist, whom I saw twice a month for the first year) that I was uselessly torturing myself. My therapist — bless her — insisted that I tell her about every one of my alleged transgressions and failures, which no one heaped upon me but me.

And, little by little, I came to believe that most of what I thought was not true.

It was the conscious walking through grief with my therapist that brought me back to writing, which has always been my other good form of therapy. I imagined that I’d write profound essays about my relationship with Cliff. But what emerged at first were pinched, stilted little poems. I wrote them anyway, knowing they weren’t, technically, “good” but hoping that by getting it out of me and onto the page, it would become a healing thing. It did. The page can take whatever we dish out, I’d long preached to my writing students. It was never more true for me than in that year after Cliff died. 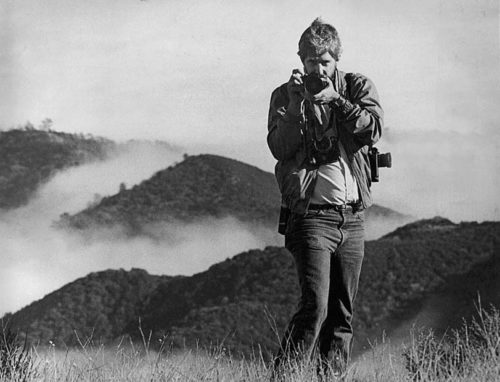 And here’s where that writing led me — to hearing his voice, to feeling him around me, though this took months and months. Those first poems, with time and editing, improved and eventually turned into a poetry collection called “Companion Spirit“. Because that’s what Cliff had become.

Even eighteen years after his death, I feel him with me. Sometimes I’ll hear him in my head, offering an “atta girl, Toots.” I sometimes feel his presence in the empty passenger seat as I drive or smell wood shavings and dog — classic Cliff — when I walk in the front door. About once a month I’ll awaken in the night and feel as if we’ve just had a conversation. It always makes me smile.

And I’ve learned, as I wrote in a poem in “Companion Spirit,” that:

Death is merely a change of address,
and loved ones wend their way home
like turtles or salmon or whales —
by smell, by feel.

The relationship has changed. I can’t call him on the phone; now I speak into the air. I often say, “Thank you, Clifford,” and while I’m at it, I thank the other companion spirits, the dead loved ones, who I hope hover around me, too. I’ve learned that our relationship continues. It goes on as long as I do.

And that is the biggest gift, among many, that Cliff Pollard left me. I am beyond grateful.