Child, you cannot escape your grief.
You can try to drown it in distractions, numb it with your vices
or even pretend it isn’t there at all.
Sooner or later, it will spring back out of its hiding place
and demand you stand and face it.
Beau Taplin, Poet & Author

In the weeks after Jimmy died, I couldn’t shake the feeling that he was still alive … away at college, taking a nap, upstairs playing video games. My brain refused to believe that he was gone forever. This denial became a comfort, a way of surviving the aftermath of his death and continuing to feel connected to him. Our bond was so deep and strong. It just didn’t seem possible that he wasn’t coming back.

I was ill-prepared to cope when the outside world intruded into my self-contained fantasy world. The customer service rep who called from UCSF’s at-home pharmacy to ask about what supplies we needed next month found herself apologizing profusely as I sobbed hysterically on the phone. She had no way of knowing that Jimmy had died two weeks earlier but I couldn’t find the composure to stammer much more than the few words needed to tell her. The Uber driver who took us to the airport for Jimmy’s celebration of life didn’t understand the stunned silence that followed his innocent question about how many children we had nor why Dan and I blurted out different answers.

During those early days, the list of people I didn’t want to talk to about Jimmy was long. I was terrified of shattering into pieces just hearing his name.  When brave, kind souls like the mother of one of Molly’s best friends on her high school softball team told me how sorry she was, I stood there like a stone, desperate to get away before the tears started. It was the only time when people’s reluctance or outright refusal to say Jimmy’s name, express their condolences or acknowledge his death became a blessing. Pretending to be okay was so much easier than trying to explain why I wasn’t and never would be again. I had no energy to manage someone else’s well-intentioned awkwardness or desire to help. 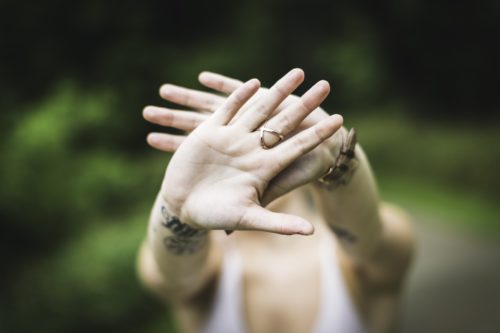 Eventually, I had to stop imagining that Jimmy was coming back. As terrifying as it was to face my grief, I could no longer deny it or will it away. Continuing to hold it in check would break me instead of heal me, and I was too exhausted from putting on a good front to try. My only choice was to crawl into the middle of my sadness and despair, acknowledge the finality of his death and feel every one of my feelings. I spent hours reading cards and emails from him and looking at photos of him as a baby and little boy, crying over what was lost and all that would never be .. Jimmy’s college graduation, his first apartment, a career, an engagement, a marriage, grandchildren. His shiny future that I had counted on, never once considering that it might not come to pass.

I learned that I wouldn’t break apart. That reality was the only path to healing. What a relief to stop pretending. It wasn’t my responsibility to carry anyone else’s discomfort or make them okay with what had happened to me or our family. When someone asked how many children I had, I said, “Two. But one of them died.” My determination to keep talking about Jimmy scared a few people off but it also led to connections and conversations that wouldn’t have happened otherwise. A colleague who confided that he and his wife had moved away because they could no longer bear living in the home in which they’d raised their only son who had died by suicide. The mother of one of Molly’s college softball teammates who asked me to tell her about Jimmy – who he was, what he loved, what he was like – a question she felt comfortable asking because she’d heard me talk about him so freely.

Pretending didn’t make Jimmy less dead. But stopping freed me to tell the truth about how terrifying and shattering it is to watch your child die, knowing that you are powerless to save him. The way you feel as if you’ve failed in your most basic duty as a parent – to keep your child safe. How hard it is to find a way to go on. How healing it is to hear another grieving parent say “Me, too.” The way that bond, that understanding wraps itself around you, allowing you to stop tidying up the grief and stand and face it instead.