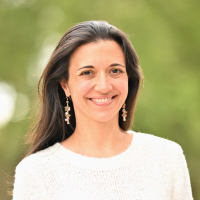 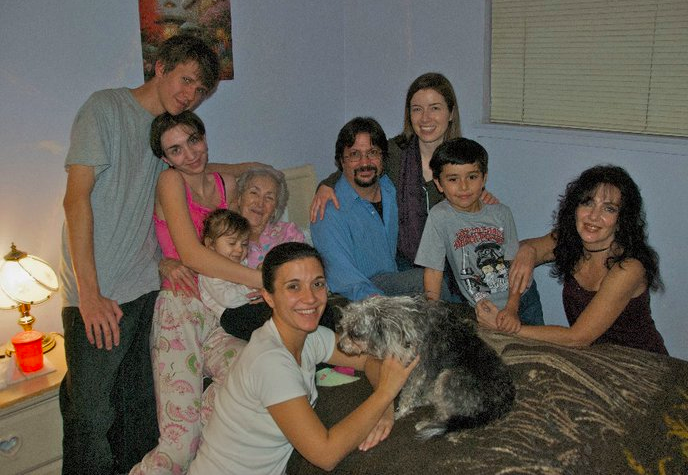 Remembering You His Way

I am so glad you were not around to hear of this. I know how it would have crushed you. Remember the way you cried when Johnny Carson died? I never really understood that – crying over a celebrity’s death. I mean, you didn’t actually know him. And it’s not like a celebrity would cry at your death. In case you don’t believe me, I promise there were no celebrities at your memorial.

Since the news of Whitney’s death, exactly twenty-four days after yours, I have been obsessively watching interviews and reading articles about her and her daughter, Bobbi Kristina. Not because I was such a crazy fan like you. But because of the way I recognize us in them.

I see the way that girl worshipped her mother. I know that way. It is drinking your mother up in the hopes that someday you will be just like her. It is wanting to live inside her skin so you can know what perfect feels like. It is wanting to protect her at all costs so that she can shine on and on, but having no idea how.

Yesterday I watched an old interview where Whitney shared a conversation she had with a three-year-old Bobbi Kristina years before.

Bobbi Kristina had asked her mother, “Do you know why I am here, mama?”

Whitney replied, “Tell me why you are here, baby.”

“To take care of that pretty little face of yours,” came her daughter’s reply.

What struck me most was the way Whitney shared this story. She shared it with pride, Mom. Actual pride. How can anyone be proud that their daughter is acutely aware, at only three years old, of their mother’s inability to take care of her own pretty little face? How can a woman be proud to have her child as her nursemaid? I closed my laptop after watching the interview and decided it was time for a beer. It was only 3:00 in the afternoon, but when you are grieving, you get to do whatever the hell you want and no one will say anything about it. I cannot tell you how many times I have had a bag of Skittles for breakfast since you died. 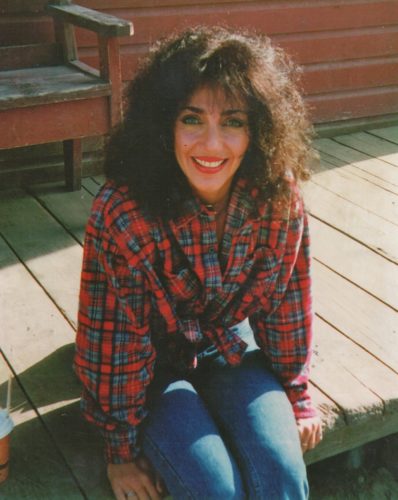 While I drank my beer, I thought of the way you told my friend Kara about how you finally weaned me from your breast when I was two. You told her how hard it was for you to refuse me. You explained that you simply couldn’t say no when I pursed my porcelain lips and squeaked, “Nurse, please.” So one evening, after some careful consideration, you decided that you would try my father’s suggestion and smoke some heroin. He and his brother had scored some over the weekend, perhaps as a bonus for being such loyal and regular marijuana customers. Dad was typically quite frugal, so I imagine it must have been a pretty sweet deal. Perhaps something like “Buy one pound of weed, receive a stamp of heroin for free!” Having heroin in your milk, you both reasoned, would help you refuse my pleas for your breast, since you would obviously never risk releasing toxins into my system. It would be an everyone wins type of situation.

This strategy turned out to be quite effective, and you described how quickly I seemed to understand that my nursing days were over. Only one little tear rolled down my cheek, you told us in a somber whisper, eyes far away. Just one little tear when you told me, heroin coursing through your bloodstream, “No more nurse please, my sweet girl.” And that was that. You beamed at me with great tenderness in your eyes as you told the story. Kara stared at you with her jaw hanging open, and her spaghetti wrapped fork frozen in mid air.

Then I remembered what it was like to hold you years later when you were shaking and sweating from delirium tremens. It’s okay, mama, I would say. You are still so pretty. I do not know why that was all I could think to say, but I knew how much you liked it when people said you were pretty.

Your worship for Whitney Houston was unshakeable. She’d make headlines with her latest batch of crazy, and you’d sigh in the checkout line at the grocery store. “Are you gonna buy that, ma’am?” the clerk would ask, waiting for you to pay for your Velveeta and white bread. You’d clumsily return the Star magazine to its metal holder, shaking your head. You never bought those trashy tabloid magazines. “We can never know what is going on inside someone’s heart,” you would say.

Whitney died in a bathtub, Mom. I’m sorry to have to tell you this. She drowned after taking too many drugs. It seems she just couldn’t lick those drugs for good, Mom. Just like you.

We still don’t have the coroner’s report. We don’t know why your body stopped working, and you ended up laying in a pool of your own vomit. But if you did take too many drugs, I know that it was an accident. I promise we all know you didn’t mean to die. Please don’t worry about that. 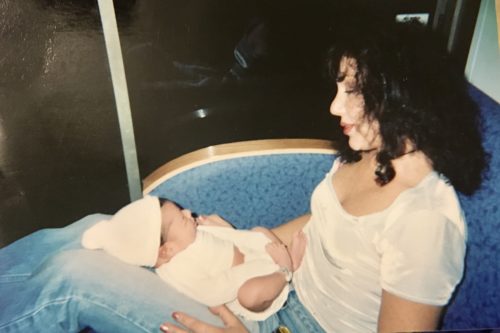 And please don’t worry about Justin. I promise I will not tell him. He only knows you as the most amazing grandma in the world, a woman who turned everything she touched into something magical. And that is how it will stay. Maybe when he is a grown-up and then only if he asks, maybe then I will tell him some of the harder truths about your life.

For now, he will remember collecting leaves and rocks and twigs with you and then mixing them in a bowl with water and food coloring. The two of you would greet me at the door with a cupful of your purple Polyjuice potion. “Who would you like to transform into today?” he’d ask me, and you would giggle behind him, your green eyes dancing with the magic of a Justin-filled afternoon.

He will remember your grilled cheese sandwiches, with the crusts cuts off and cut into four triangles, made with white bread and Velveeta. “Better than Mom’s,” he whispered to you one afternoon while you were stirring a packet of red jell-o into a bowl of hot water. “She uses weird bread.” 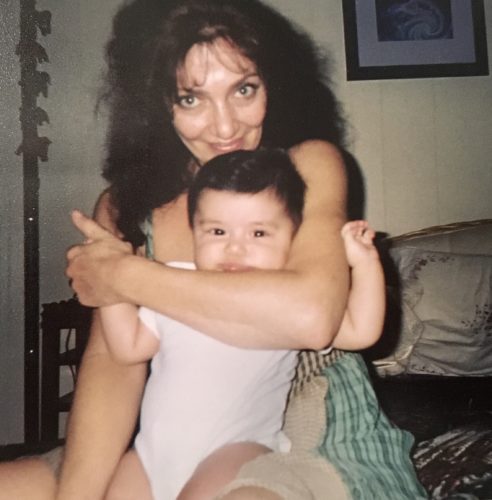 I am trying to remember you his way, Mom. Like when we made Christmas cookies in our kitchen on High Valley drive, my chubby little girl cheeks dusted with flour, the two of us singing and dancing to Whitney Houston’s How Will I Know on the radio. Your voice echoed through the kitchen while you sang along, your lips tinged with blue and red and green frosting. you spun me around and dipped me, and we laughed until my stomach ached. I can still feel the way your fingers, soft and scratchy with dried sugar bits all over them, brushed the hair off my face, and you kissed me on my nose.

And then, hours later, when our cookies were finished, you always let me eat the very prettiest one. 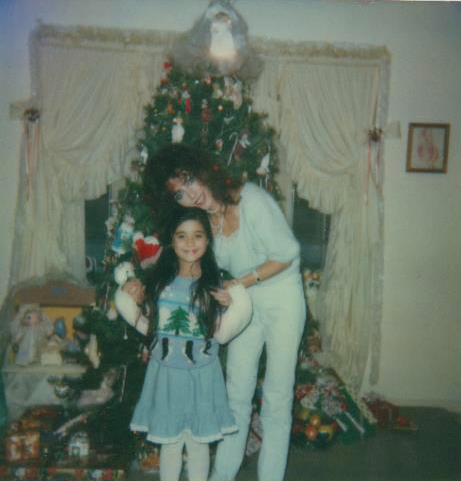