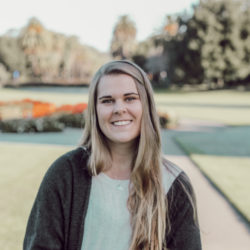 When my brother, Jimmy, passed away at the age of 21, I somewhat expected to deal with a similar phenomenon. I knew that my friends wouldn’t, and frankly didn’t have the time or ability, to drop everything to be there for me. California friends weren’t going to fly to Oregon to attend his celebration of life, and Oregon friends weren’t going to fly down to California to check on me. That I knew. But over time, I found that people treated “being there” as less and less of a priority.

People would send flowers, texts and food to demonstrate their empathy and to show they cared. But as someone who had just lost her best friend, I never needed tangibles. I didn’t need my friends to show up right after Jimmy died, or the following month or on the lonely holidays to come. During most of those days, I was numb, and just mentioning Jimmy’s name was incredibly difficult. I needed people to show up on the days when I realized that life was continuing on without Jimmy. The days when the pain surfaced from the places I’d been suppressing it. Most of all, I needed people to ask me how I was doing. I needed them to set aside their discomfort and their fear of being vulnerable, and just talk to me about him.

It’s been over three years since Jimmy died, and since a month after his passing, not a single person I went to high school with has ever asked me how I’m doing since we lost him. None of them have been courageous enough to even mention his name. Unless I bring him up, Jimmy remains only in my thoughts. 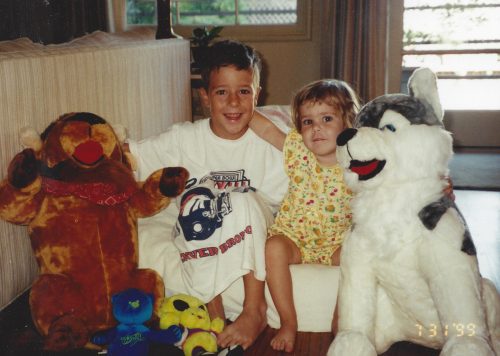 Sure, there were days when I needed people just to physically be there, sometimes in silence, sometimes talking about anything but the loss of Jimmy. But most days, I needed people to talk to, people that were interested in what was going on below the surface.

I’m still learning about what I find to be most comforting and helpful, but I can tell you this much. I don’t need texts telling me that you “can’t imagine what I must be feeling today” or that you’re “thinking of me” on his birthday. Sure, I appreciate them and know they’re sent with love. But I know most people were simply reminded by Facebook so ultimately, I find no comfort in those words.

While no one can truly understand what it feels like to lose a sibling until they’ve experienced such a profound loss, I don’t understand why people say, “I can’t imagine what you’re going through” without first having asked how I’m doing and how I’m feeling. What’s the point of acknowledging you don’t know without even trying to know? Why don’t people just ask? My parents and I often talk about how afraid people are to talk about Jimmy. We know that talking about Jimmy is how we find comfort. Acknowledging his legacy and honoring the amazing person he was is a way for us to keep his spirit alive.

People are afraid to acknowledge the person you’re grieving over because they’re worried the pain will resurface. What they don’t understand is that the pain doesn’t suddenly appear when Jimmy’s name is mentioned. The pain is there. It’s always there. It’s there when I type a “J” in the search bar on Facebook, and his name is the first to pop up. It’s there when I go into my contact list, and his name appears third on my favorites. It’s there when I look at old texts and see our last written conversation at the bottom. It’s there when I hear something funny, and Jimmy is the first person I want to tell. It’s there when people ask if I have siblings, and I have to decide if they’re worthy of my vulnerability and knowing my brother’s story, or if looking down, muttering ‘no’ and letting them assume I’m an only child is the best choice. It’s there when I think about high school, and how I’ve divided the memories into two groups: the ones that Jimmy was alive for and the ones he wasn’t. It’s there when people take their siblings for granted, and I would give anything to have mine back for a day. It’s there knowing that in five short months, I will no longer follow in my brother’s footsteps because I will surpass the age he was when he died.

This isn’t to say that I believe people don’t care. I know they do. But the pain is always and will always be there so not checking in, asking questions or mentioning my brother’s name just means I’ll be coping with it alone. 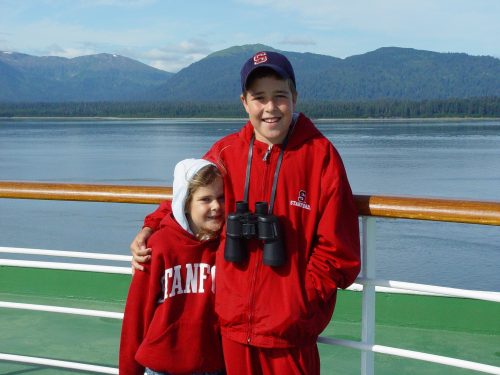