Sleep Is Not Coming To Me

Sleep is not on good terms with broken hearts.
Christopher Pike

When my kids were babies and toddlers, sleep was a gift. I could fall asleep any where, any time and often did. I could get up, nurse a baby or change a diaper, get back into bed and nod off instantly. With little ones, sleep wasn’t an escape, just something that was in short supply. On the nights that Dan traveled, I would often wake up to find Molly snuggled under the covers on his side of the bed, having snuck into our room in the middle of the night while I was dead to the world. In those days, nothing woke me up except the sound of a crying baby or a sobbing toddler coming through the baby monitor, piercing my consciousness, dragging me out of bed and down the hall.

Neither Jimmy nor Molly was a great napper, and neither like the idea of going to bed. Molly would appear on the stairs most nights, saying “I have a question ..”, hoping that the ensuing discussion would allow her to remain downstairs. Jimmy was better about staying in his room, although he, too, fought going to sleep. When Jimmy was a toddler, my mother suggested that if he lay down and closed his eyes, “sleep would come to him”. Still hearing noises an hour later, I went up to investigate and found Jimmy jumping up and down in his crib. I asked him why he hadn’t taken Nana’s advice. Jimmy replied, “I did. Sleep is not coming to me.” 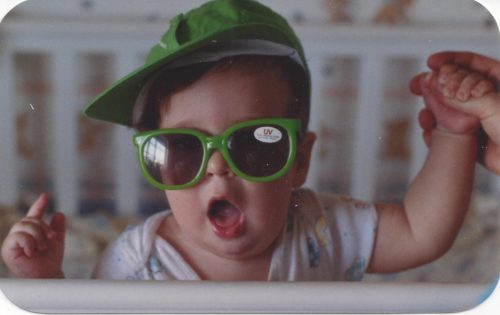 After Jimmy was diagnosed with brain cancer, we bought a new baby monitor, our old one having long since been given to the Salvation Army. Instead of drifting off to the sounds of soft breathing, I found myself lying awake, listening for any indications of discomfort or pain, my brain racing about what the future might hold. Although Dan had slept through the piercing cries of both kids when they were infants, the minute Jimmy called or cried out, we both leapt out of bed and ran to his room. Different treatments and various stages of the disease had Jimmy snoring, breathing strangely, moaning, thrashing in his bed. I was afraid to turn the volume down, for fear of not hearing him, but the noise often kept me up at night.

As the disease spread, Jimmy got harder to reason with. We would beg him to call us before he got up to use the bathroom in the middle of the night for fear he would fall. His balance off, his strength greatly diminished, he couldn’t catch himself if he slipped on the bathroom floor or started to lean too far to one side. I’m not sure if his refusal to ask for help was Jimmy desperately clinging to what was left of his independence or the cancer preventing him from understanding just how weak and wobbly he was.

As the falls and other scary incidents in the night grew more frequent, Dan and I took to staying up late to binge watch Breaking Bad. We dreaded going to bed, worried about being asleep if something happened, knowing that every day was bringing us closer to Jimmy’s death. Watching Walter and Jesse cook and sell crystal meth was the far removed escape we needed from what was happening upstairs.

I remember the first night I went to bed without turning on the baby monitor. Jimmy had died three hours earlier. Dan, Molly, our friend Renee and I were exhausted but wired. At the same time, we knew we needed at least a few hours of sleep. The quiet darkness offered no comfort, only the realization that our beloved son was gone.

Sleep used to feel like a welcome friend. Now it doesn’t come to me, at least not readily. The silence is deafening, and there are too many nights when all I can think about it is why the house is so quiet. I miss it all now — the late night feedings, the crying babies, the frightened toddlers, the odd breathing noises, even the cries for help. I long to hear that sweet voice, inviting me to a late night conversation or offering me the opportunity to rub his back, just one more time.