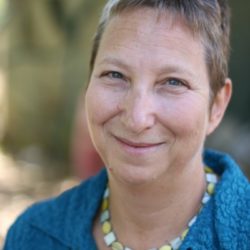 In addition to being a terrific teacher, Laura Davis is also a gifted storyteller. In her new book, The Burning Light of Two Stars, Laura captures the beauty, complexity and enduring bond between a mother and a daughter. The way past events and repeated denials can damage that bond. The way love prevents it from breaking, even when the parent begins losing her memory and her independence. Laura’s book is a compelling reminder that we don’t have the time we think we do to repair our relationships with our most important people and why we need to try. Laura has graciously allowed me to share the opening of our her gorgeous memoir on Salt Water.

I started life in a glass box. I lay alone, barely breathing. Eyelids thin, light stabbing. Body on fire, nerves raw. Beeps piercing my tiny ears. I couldn’t swallow. I couldn’t suck. Tubes down my nose, wires on my skin.

Where was she—the heartbeat that had answered my own? That soft slippery chest pressed to mine?

For seven months, I’d held my twin in my arms. Even when we had no arms, I held her. She was always smaller, even when we were just a thought, a zygote, an embryo. She grew beside me, quarter ounce by quarter ounce, her pulse the echo of my own.

Weeks went by. Then months. She, floating in the safety of my embrace. Until the walls of our watery home began to squeeze.

Our mother was 28 years old. She’d had two late miscarriages already. She thought she was losing another baby. She had no idea that we were two.

At birth, a nurse placed me on the scale: two pounds, twelve ounces. A scrawny chicken. As they rushed me to the neonatal intensive care unit, the doctor said: “Hold on, Mrs. Davis, there’s another one coming!” That’s how she learned about my sister.

Bone of my bone. Flesh of my flesh. The two of us identical. My twin lived twenty-four hours. I never felt her again.

The rabbi advised, “Don’t build a monument to someone who never existed,” so my secret sister never had a memorial, a funeral or a grave. But Mom insisted on giving her a name.

For six weeks after my birth, no one was allowed to touch me. And I touched no one. Doctors didn’t believe in holding preemies in 1956. I was sentenced to six weeks in a hard, glass box: an Isolette, the perfect name for my healing prison. It isolated me from the comfort of my sister, the expanse of my father’s chest, my brother Paul’s laughter, my mother’s hungry arms.

Nurses wearing rubber gloves reached in to adjust my tubes, check my wires, change my tiny diaper. The whoosh of machines, the tick-tock of the clock, a pale shadow of the heartbeat that had sustained me, that I had sustained. The nurses took notes on hard brown clipboards and moved on to the next tiny baby. They did what they could and left me alone.

Babies my size weren’t supposed to survive. If I made it, the doctor said, I’d probably be blind or “retarded.”

If I made it, I’d be strong. A survivor.

My whole life rolled out from that beginning. When I think back now, here’s how I imagine it:

A newborn, tiny, weak and in pain. My twin had died, and I could have followed her. Part of me wanted to, to just let go and disappear. But then I felt her—Temme Davis, the woman standing outside my clear glass box. Pulling me to her. Willing me to live. My baby, oh my baby, let me hold you in my arms. Beaming her life force through those hard glass walls. Stay with me, darling. Please be my baby. She pulled me into her blazing broken heart and claimed me as her daughter. Stay with me, she said. Whatever you do, don’t ever leave.

I had no idea just how much of a challenge that was going to be. 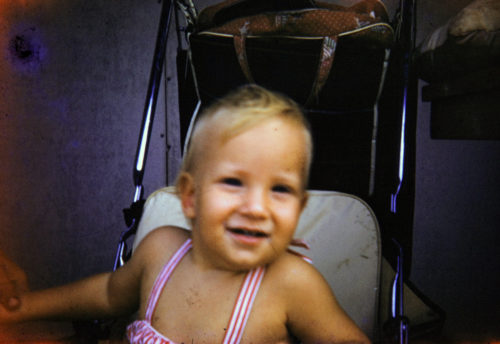 Laura Davis is the author of seven groundbreaking books, including The Courage to Heal, Becoming the Parent You Want to Be and I Thought We’d Never Speak Again.  In addition to writing books that inspire, the work of Laura’s heart is to teach: helping people tell their stories and hone their craft. Laura loves creating supportive, intimate writing communities online, in person, and internationally. Laura has generously shared the first five chapters of her new memoir, The Burning Light of Two Stars for free on her website.