Stories That Feed Your Soul

Tears are words that need to be written. Paulo Coehlo

I am the descendent of Cornish miners who came to this country in the late 1880s in search of a better life. My great, great grandmother Emily married her husband, James Hampton, in 1877. Emily was 21. James was 22.  Like his father who was killed in a mining accident, James was a miner and determined to move with Emily to California where his two older brothers had already settled with their families.

It took James five years to raise the money to leave Cornwall, but only enough for him to go alone. He sailed for the United States in  1882, leaving a pregnant Emily and a four year old son named Elisha (my great grandfather) behind.

For eight long years, Emily waited, her only news coming via the letters James wrote her. They arrived intermittently,  providing temporary comfort that James was alive, working hard and saving as much money as he could to bring her and their children to America.

The odds were stacked against them. In addition to all manner of diseases (typhoid, cholera, tuberculosis), mining was dangerous work. Emily’s father, like James’, had died in the mines when she was only four. Despite these and other challenges, James was eventually able to save enough money to bring Emily, their two children and Emily’s mother to the U.S. They arrived in New York City, took the train across the country to Sacramento where James met them and settled into the small mining town of Forbestown in Butte County. 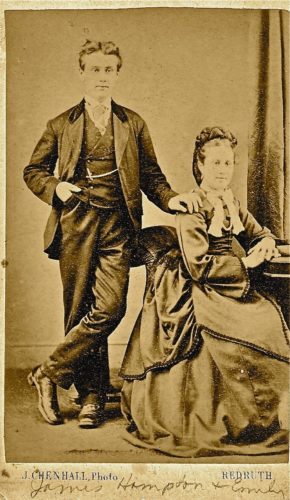 Before you get too impressed with my memory, you should know that my mother was a genealogist and memoir writer. I have shelves full of detailed family trees, old photos, birth and death certificates, immigration papers and ship manifests plus binders of essays that bring the stories behind these documents to life.

I’m one of the lucky ones — to have this history preserved is a gift, not just for me who heard many of these stories growing up, but for Molly and her children. And yet, questions remain. There are piles of black and white photos that aren’t labeled, and now, there is no one left alive who can tell me who these carefully posed relatives are. Mom was a prolific writer, yet there are essays she never finished and others she ran out of time to write. 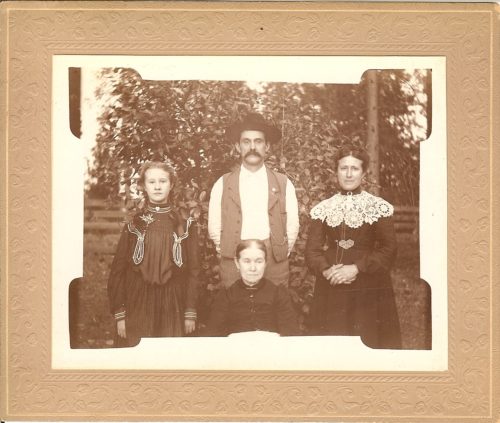 Recently, I was reminded of how fortunate I am when I spent time with Stephanie Buck, a professional storyteller and journalist and the founder of Soulbelly, a business that helps people preserve their stories. Soulbelly creates multimedia keepsakes to preserve your most beloved stories. After Stephanie interviews a family member, she creates a written piece based on the interview, a video keepsake or a custom combination of the two. All packages come with a complimentary portrait photograph. You can visit Soulbelly’s Instagram page to read some of the stories that Stephanie has captured and preserved.

These stories might be known only to an aging relative, like those my mom preserved for me. They might be memories of a beloved who died too soon. Or they might conversations between one of your aging parents and one of your children when they were little … memories that will be lost forever when your parent dies because your child was too young to remember the exchange.

I missed the opportunity to do this with my dad and his side of the family. Mom captured some of these stories in her writings and research, but her focus, understandably, was on her relatives.

When our connection to the past is broken, and there are no new memories, it deepens our grief and longing for those who have died. Stories matter, and they help us heal. But memories fade, and this loss only adds to our heartache when the keepers of those memories and stories are gone forever, taking that part of our history with them.