All men have stars, but they are not the same things for different people. For some, who are travelers, the stars are guides. For others, they are no more than little lights in the sky. For others, who are scholars, they are problems. But these stars are all silent. You — you alone — will have the stars as no one else has them … In one of the stars, I shall be living. In one of them, I shall be laughing. And so it will be as if all the stars were laughing when you look at the sky at night. You — only you — will have stars that can laugh.” The Little Prince, Antoine St. Exupery

When Gage died on Valentine’s Day in 2011, Jimmy was halfway through his freshman year at Stanford. Earlier that month, Jimmy had called to say that he’d ordered a stuffed snake he thought Gage would like, excited to bring it to Gage in March when we went up to Portland for Jimmy’s quarterly scan. Lauren, Gage’s mom, had been keeping me up to date on how quickly Gage was declining. I feared that Gage would die before Jimmy could visit but didn’t have the heart to say so.

Gage and Jimmy met at Doernbecher Children’s Hospital in the summer of 2006. We lived in the same neighborhood and had mutual friends, but the boys didn’t meet until Jimmy started chemotherapy post-radiation. Gage’s primary cancer was in remission, but he had developed treatment-related leukemia, and the doctors were looking for a bone marrow donor match.

I can close my eyes and see the two of them standing in the doorway of one of the exam rooms in the pediatric oncology clinic discussing the tactics and nuances of hunting for bad guys in a game they both loved to play on their Gameboys. Gage was five, going on 25. Funny, bright, engaging, whip smart .. Jimmy loved him instantly. And because they were both fighting aggressive cancers and going through intensive treatments, they bonded in many ways as equals, both having been dealt an unfair hand, yet doing their best to play it with grace and courage. 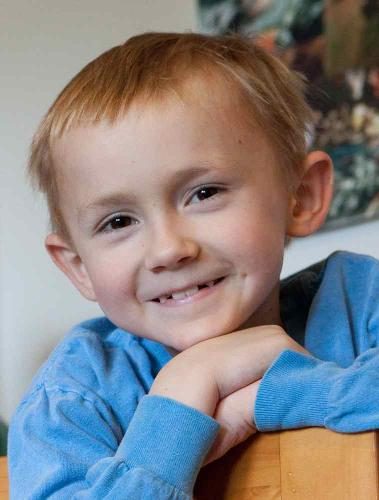 When someone asks me to describe Gage, I simply say this: He’s the type of kid that walks into a room and makes that room brighter just by being there. Jimmy

In addition to becoming a friend, Gage became Jimmy’s inspiration and bright star. He drew strength and courage from watching the cheerful way Gage dealt with treatment, side effects, hospitalizations and clinic visits. 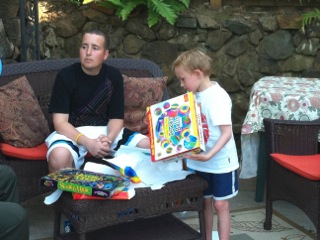 It’s not always easy to stay positive. A bad scan or hospital visit is devastating. But whenever I have one of these, I think of Gage. I think of the kid who despite all he’s been through still wears a wide smile on his face every time I see him. I think of the kid who, regardless of how he’s feeling, is eager to talk to me about Bionicles, video games, and everything in between. Jimmy

Gage’s death shattered Jimmy for a time. I think Jimmy had believed that if you fought hard and stayed optimistic the way Gage did, you could beat your cancer and go on to live a long, full life. Gage’s death called all that into question and made Jimmy afraid, perhaps for the first time.

After his sophomore year, with the help of his beloved Uncle Chris and his best friend, Willie, Jimmy got a tattoo on his right shoulder to be sure that Gage would forever be a part of him. He fundraised for LIVESTRONG in honor of his friend and continued fighting to live a rich, full life. 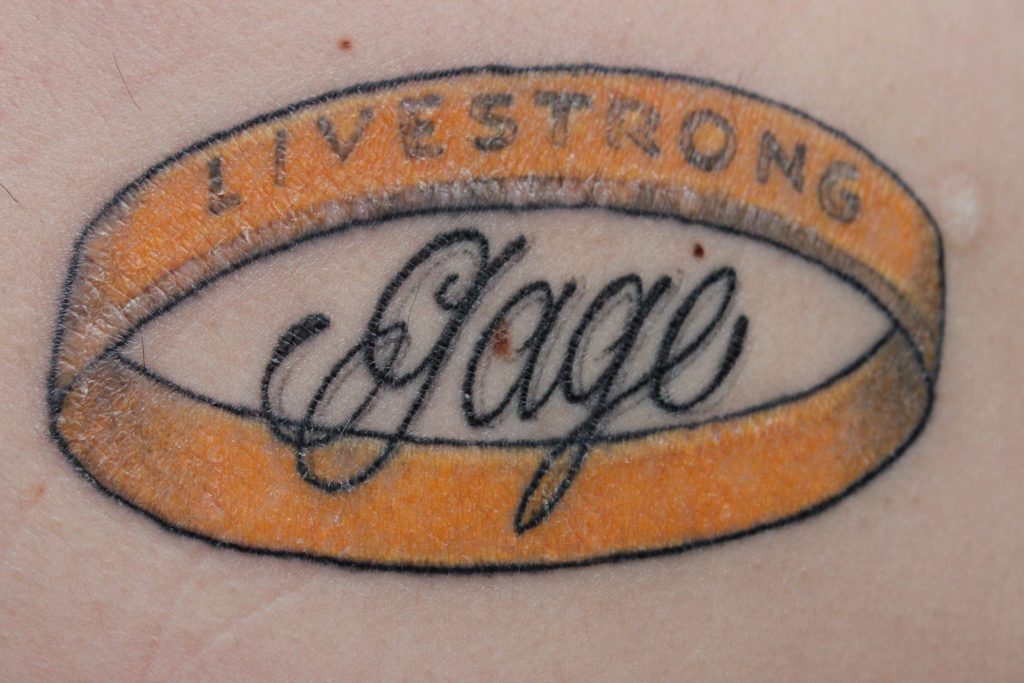 We thought that Jimmy might die on Valentine’s Day 2014 but, knowing him, he waited, as that was Gage’s day, dying instead in the wee hours of the morning on February 16th.

Lauren had a dream the night Jimmy died about seeing an image of Gage’s Heaven Worrier angel descending in a beam of light in the night sky. She thinks it was Gage coming to help Jimmy transition. 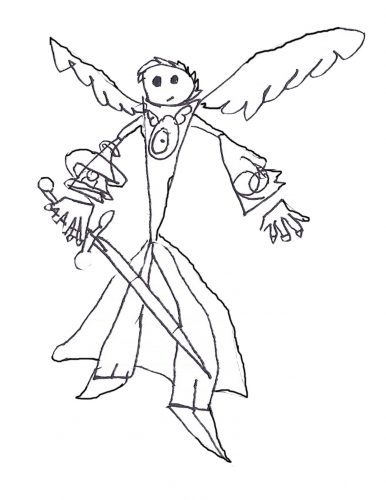 Deeply connected in life, forever linked in death, Gage and Jimmy will forever be the brightest stars in a dark, clear night sky. If I look closely, I can see them laughing ..