The Wisdom of Silence

Wisdom is the reward you get for a lifetime of listening when you would have preferred to talk. Doug Larsen

Recently, I’ve found myself listening more than I ever have before.

It’s unfamiliar territory for me. Once I became an adult and found my voice, I discovered that I had things to say. Lots of things to say. Ideas to propose, advice to give, directions to offer, judgments to make. It wasn’t that I didn’t listen at all to other people, but I frequently found myself waiting for a brief pause in the conversation so that I could jump in and share my perspective.

I don’t know exactly when this changed. I’m still guilty of fighting for air time, but I do it less. In part, it’s because I’m back to a more “normal” life of consulting, volunteering, attending meetings. Activities that involve groups of people who also have opinions to offer and points to make. Sometimes, it’s because I lack the energy or confidence to speak up. On occasion, it’s because I’ve found myself at a gathering where another person has quieted me, and in that strong-armed silence, I discovered a thing or two.

Since Jimmy died, I’ve been reminded over and over what a gift listening is. In those early days, when I desperately needed to talk, a small cadre of my essential people sat with me quietly, offering as much time, space and attention as I needed. Mad or sad, raging or resentful, they held it all, not trying to fix the unfixable or bright side the blow. Despite this gift, even after I launched Salt Water, I would find myself struggling to offer the “right” advice or make the perfect suggestion to another griever, only to realize again and again how necessary and unhelpful it was. That instead, just as my loved ones did for me, what the shattered soul in front of me needed most was my presence, my undivided attention and my silence in order to begin to heal. 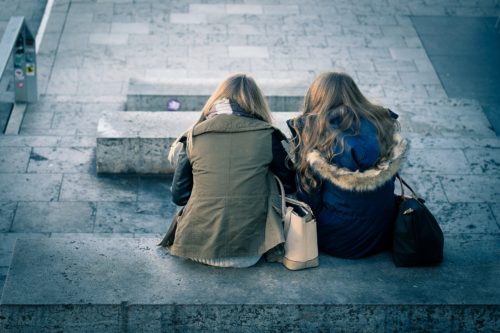