… I saw a mom take her raincoat off
and give it to her young daughter when
a storm took over the afternoon. My god,
I thought, my whole life I’ve been under her
raincoat thinking it was somehow a marvel
that I never got wet.
Ada Limon, The Raincoat

I remember my mother’s hands before the arthritis bulged the knuckles and bent the joints. Her fingers slim, delicate and long, the nails pearly pink with white tips, the cuticles neatly pushed back. Even as a child, my fingers were chubbier. Any ring Mom wore would fit only on my pinky finger. Despite her 5’2″ stature, her hands were surprisingly strong and tireless. At night, after a story or two, I would try to fix her in place on my bed as she rubbed my back by asking questions about the family or offering up a secret or two about my inner world or something one of my grade school friends had done. As I got older and became prone to headaches, she would bring me a cold compress and gently rub the back of my neck with her cool, soft hands.

We got along remarkably well through most of my life, even during the teen years. My irritation was more often reserved for my father who was quick to get annoyed about the small stuff – a spilled glass of milk, an overflowing trash can, a light left on in an empty room. I carried his displeasure and annoyance around for a while before I let it go, and I think I needed the calm understanding of my mother as a balance.

It was in the final years of her life that we began to bicker over mundane matters – which size peppers were sweeter, whether I should be storing leftovers in glass or plastic, why whole milk was preferable to 2%. I didn’t understand where her edginess came from, knowing that at my end it stemmed from the stress and bone-deep weariness of parenting a child with a life-threatening illness for eight years and then trying to carry on without him. Instead of questioning why I felt picked at, criticized, I got defensive, pulling back when I could hold my tongue, lashing out when I couldn’t. It was only after she died in 2015 of a pre-cancerous blood disorder that it occurred to me how much of the change I had seen her might have come from the decreased oxygen flow, the swelling of her spleen, her fear about the end she knew was coming. Because she soldiered on for twelve years after Dad died, filling her days with friends and the activities she loved most – painting, drawing, memoir writing, exercise, I discounted how much she missed her partner and best friend. 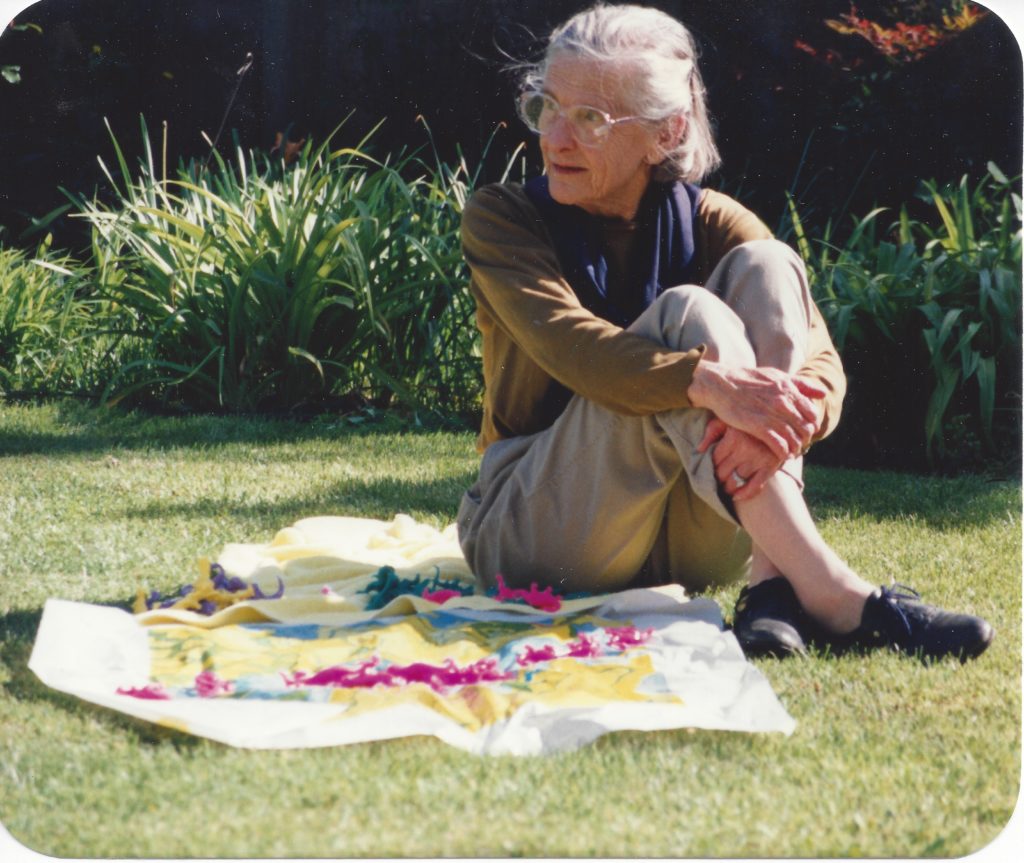 I have spent the last six years trapped in the final seven years of our life together. Playing and replaying old arguments, the texts and emails I didn’t respond to quickly, the times I didn’t call her often enough. My grief was colored by the ways I thought I had failed her. It wasn’t until I took a bereavement class earlier this year and charted our history that all this became clear. The way I had focused on a narrow sliver of time and allowed it to define the 46 years that had come before. This realization was a gift, allowing the sweet memories of our days together to return and fill the space that shame and regret once occupied.

Had we had more time together, I believe we would have come back around to our former closeness as I learned to balance the weight of my grief and create space for her struggles and pain. I would have asked more questions about her illness instead of accepting her blithe reassurances that everything was fine, that she was just a little tired or having a low energy day.

The news I had to pry out of the hematology nurse, that Mom was dying, was a shock, especially since I had to battle to get her to reveal the very reason she’d called me in the first place. To lose Mom less than 48 hours later was shattering, although I will be forever grateful that I got the chance to tell her how much I loved her when she could still hear me say it and to hear those words from her. Listening to her call out for Dad, knowing that she would soon be reunited with Jimmy helped me let her go. I wish I had thought to tell her how proud I am to be her daughter and thank her for everything she taught me.

Having reclaimed the full span of our relationship, I feel her presence all around me now. Like the ocean, she whispers advice and wisdom to me still. When one of my headaches flares, I can feel her cool hand on my temple, and the pain eases. I wish I could tell her how much I love using her clear glass bowls and that she was right about the mini peppers being sweeter. That I now understand how much she was carrying, how hard she tried. That I know she was doing her best, trying to find her way. That I will never forget how fiercely she loved me, how hard she fought to stay. That I will never stop trying to become the woman she raised me to be.