I walked the labyrinth at Commonweal Retreat Center slowly, listening to the sound of pine needles, pine cones and small rocks crepitate under my feet. The slow crunch, crunch, crunch sounded like a mantra or chant. A substitute for the words my brain was too weary to form. I followed the dirt path, well worn and lined with river rocks, lost in my own world. Nothing existed but the path that led to the heart of the labyrinth. The place to pray, to talk to the universe, to commune with nature, to leave my offering, to remember my son. As I walked, I thought about how hard it is to keep our beloved’s light shining, here in this world that feels so dark sometimes. To keep saying his name, to share his story, to tell those who never knew him that he existed and why he mattered.

It was lunchtime, and I was five days in to a week-long retreat called Writing As a Pathway Through Grief, Loss, Uncertainty & Change. It was two weeks after Jimmy’s 27th birthday and more than five years since he had died. During the retreat, I had written and written and written about him. I had shared much of what I’d written, one on one, in a small group or in front of the entire group. And yet, I had talked about him very little.

Each retreat goer had come with an object representing who or what we were grieving most to place on the altar at the front of the room and, if we wanted to, to share with the group.  I had brought a small photo of Jimmy at the Austin LIVESTRONG Challenge 5K in 2007, running toward the finish line on a bed of yellow rose petals. I hadn’t been able to bring myself to share it for reasons I didn’t understand.

On the day we walked the labyrinth, we had started the morning by dividing into two groups. My half would walk with Laura Davis, our facilitator, to an outlying building where we would each create our own sand tray, then write about the experience. Sand tray, for those not familiar with it, is a form of therapy where you express your thoughts and feelings by placing objects in a tray of sand and letting those objects tell a story. Like the others in my group, I had brought my object, intending to incorporate the photo of Jimmy into my tray.

Before leaving the main building, we were each offered a crystal from a small wooden box to place in the center of labyrinth. I chose a small gold crystal from the box, not a color I’m normally drawn to, but the rock called to me. Deep gold, shiny, full of light, just like Jimmy. Damaged on the bottom, the cracks and rough spots only made the crystal more beautiful. 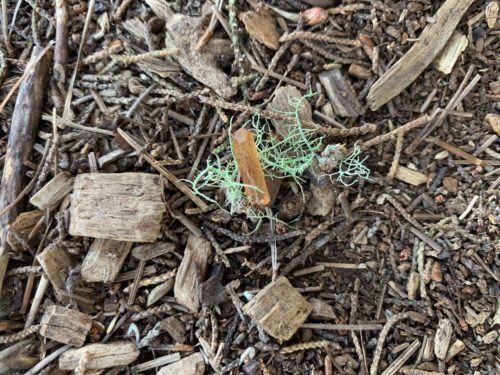 On the way to the sand trays, I fell into step with Sabrina, one of the other participants. Sabrina asked if I had brought my object from the altar with me, if she could see it and then if I would tell her about Jimmy. I am normally reluctant to talk about him with people I don’t know well as, in my experience, the conversations so quickly either become about how he died or dissolve/descend into awkward silence. But there’s a bond that forms when you spend the better part of a week living with other grieving souls, writing your insides out and then sharing them.

What a gift to say Jimmy’s name and talk about him freely. To tell Sabrina about his quirky sense of humor, his wisdom, his kindness. To watch her lovingly cradle the small photo and look carefully at the smile that lit up his face. His full head of dark, wavy hair. The hope in his eyes. I told her that Jimmy had finished treatment six months earlier, that we thought he was cured, a long, full, rich life laid out before him, not knowing that six months later, his cancer would return, forcing him into a labyrinth with no exit and death the only end point. 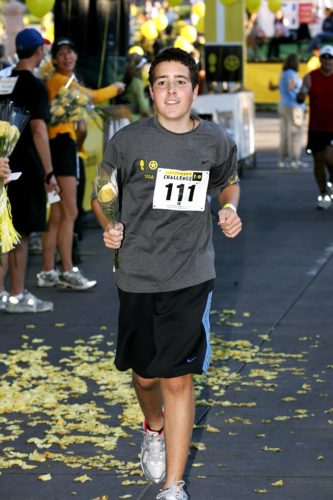 When we arrived at the sand tray building, Sabrina turned to me and slowly extended her arm, the photo an offering in her hand. Then she pulled back imperceptibly and cradled it a final time. I realized that she wasn’t ready to return the photo yet, that she wanted to hang on to Jimmy a while longer. It felt important and healing to have Sabrina keep the photo. My hands and heart didn’t need him to be part of my sand tray; they wanted him to be with her instead.

Hours later in the labyrinth, I thought about that shiny moment, that golden gift. A connection that Jimmy enabled me to make. A reminder of how we are and can be connected to each other, often in ways we may never understand. Sometimes our path is rough and meandering with no sharp turns, forks or exits, and that’s okay. It’s enough to be together, walking in the dappled sunlight, under the redwood trees, grieving for those we’ve lost and holding tightly to them at the same time.