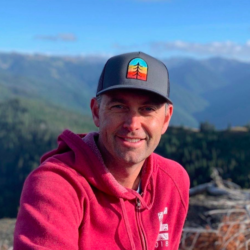 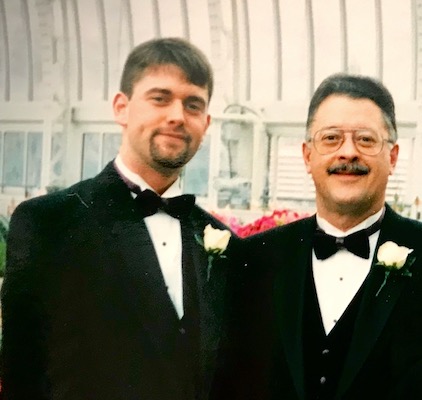 A Gift From Losing Two Dads

Reid Peterson is the Founder of Grief Refuge, a grief support organization that helps people transform grief into definitive purpose. For more support with your grief journey, click here.

When my dad died in 2006, I felt a strong sense of relief at the time. He had had a rough life, and from the moment I started thinking for myself, I saw him as a man who was suffering greatly. He was an alcoholic. He also had PTSD.

My dad wasn’t easy to be around. He was negative, defensive and very private. As a child, I found him rather intimidating.

I never really got to know him, at least in a way that I wanted to. I longed for a deeper emotional connection. I longed for someone who would give me advice and share wisdom about life. I never got that though. Most of my time with my dad was tepid and uncomfortable. We spent time together, but our conversations were kept superficial.

So when he died, I thought his suffering was over. I thought he was in a better place. And I kept that as my mantra when the grief waves would hit. 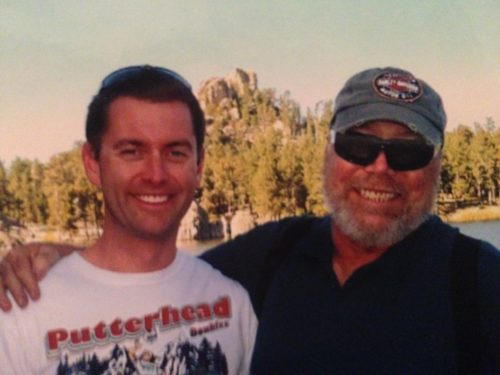 Fast forward ten years … I lost another dad. My stepdad, Warren, died from cancer. Warren was in my life from the time I was three-and-a-half years old. He helped raise me. He was the primary father figure in the household that I grew up in.

Warren was a great stepfather. He showed up for three children that weren’t his blood. He cooked for us, taught us how to ride bicycles and built us a tree fort shortly after he moved in.

Warren was also a veteran. Luckily, PTSD wasn’t part of his life story. But Warren was pretty quiet though. He wasn’t the type of person to initiate a conversation. He would definitely respond, but he was more interested in what you had to say first.

Warren battled cancer for over eight years. It was quite a fight. Coincidentally, he died on the same day that Muhammed Ali died. I saw that as no mistake and knew the serendipity of the two losses was real.

My grief for the loss of my dad compared to the loss of my stepdad was very different. The contrast was completely unexpected and surprising. Since I had anticipated Warren’s death for several years, I didn’t think my grief would be heavy or even mild.

I couldn’t have been more wrong.

I really struggled for a while. But I was much more expressive with my grief. I joined a support group and openly shared my sorrow. I inherited a 800 lb motorcycle that he cherished. I vowed to care for that machine to the best of my ability. 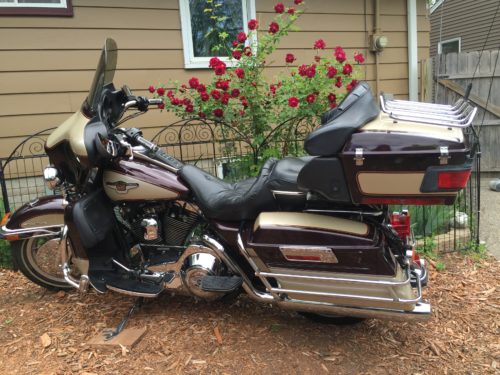 Grieving Warren’s death also created a window for me to grieve more of my dad’s death. And that’s where I see the gift from both losses.

I sometimes hear people say they’re not sad after someone close dies. Before, I would think, “yeah, me too.” Now, I take a different perspective. Although they may not feel sad, they may feel other feelings about their loss. And that’s grief, too.

Losing two dads with ten years of each other has taught me many things. I’ve learned to be more patient with my grief. I learned to listen to it, not judge it and honor all the feelings that come up. I’ve learned that the best way to support others who are also grieving is to be more heart-centered, compassionate and empathetic.

But the best gift of all from both of these losses is the ability to still connect with both of my fathers. Although their lives may have ended, our relationship endures. I continue to do whatever I can to learn more about them and deepen my emotional connection to each of them. This also happens in my heart.