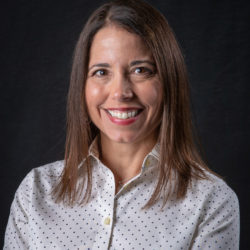 Each Time I Do

Elena M. Macaluso worked as a staff writer and editor for Sacramento magazine for just shy of 15 years. She left the magazine to spend two years in New York City to explore her roots (both of her parents were born and raised there). These days she works for the state of California and continues to write freelance. Her work has been featured in Sacramento magazine (where she is a contributing editor), Inside Publications, Mysterious Ways, Clark.com, the website of Atlanta-based consumer advocate Clark Howard, as well as the anthology, Soul of a Narrator.

I was four when my first cat died. “She died of cat fever,” my mom told me. For years I pictured Tinkerbell, her body writhing and aching in pain under the grasp of a sweltering fever, wondering if the same could happen to me.

I was 12 when Samantha died of parvo.  She was my brother’s dog, but I loved her better than he ever could. I was the one who comforted her after my brother forcefully ejected her from his newly washed car. “Don’t worry,” I told her when I found her cowering in the garden. “I won’t let him hurt you.” I was too young to fully grasp the death of Tinkerbell; I was too young to fully grasp Tinkerbell. However, Samantha was a different story. I sobbed hysterically on my parents’ bed on a hot June evening, my mother unable to soothe me. I felt like I was being severed in two, the pain so wrenching. Up until that point, I had never experienced such a profound loss. 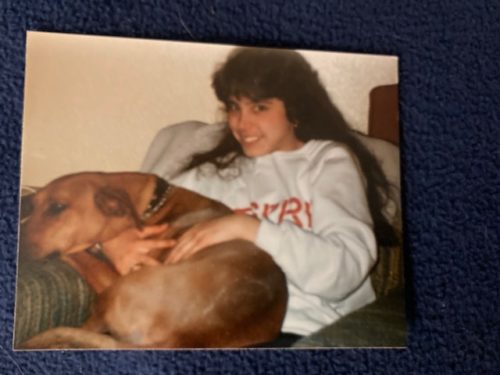 I was 24 when Sabrina died. She was Samantha’s sister, given to me by my brother shortly after Samantha died. Sabrina saw me through the turbulent (and sometimes lonely) teens and early adulthood. She had cancer, or something similar, and had been at the vet hospital for a few days when my parents made the decision it was “time.” Sabrina wagged her tail when we went to her kennel to say goodbye. For a few moments, we all wondered if she was rallying. But like a terminally ill patient who provides loved ones with a few moments of lucid conversation before dying, Sabrina was not rallying; she was giving us one last hurrah. My mom stayed with her as the veterinarian administered whatever it is veterinarians administer when you put animals to sleep. My dad and I waited out by the car.  I wept openly; my dad wept stoically. I went to work that afternoon. 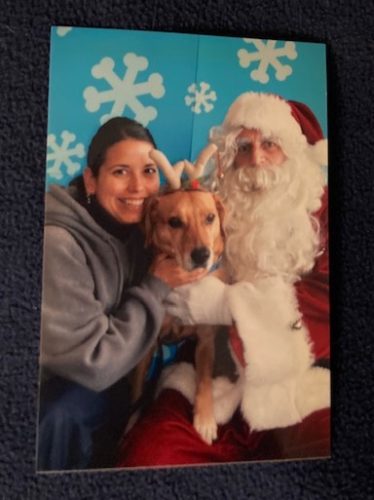 Samson was technically my parents’ dog. That didn’t stop me from considering him every bit my dog. I’d “talk” to Samson when I called home to California from Kansas, where I was attending graduate school; I showered him with gifts on his birthday and Christmas; I took him to see Santa. Samson died four years after my dad died and was my mother’s faithful companion as she learned to navigate widowhood. Samson started his decline, prominently evidenced by his frequent inability to control his bowels, but Mom wavered back and forth for a month before deciding it was time to let him go. Finally, she scheduled him to be euthanized on a Thursday. (“I waited too long,” she lamented afterward, up until her own death seven years later.) The night before, I slept in my childhood bedroom, and Samson stayed with me, as if knowing tomorrow was the day. The next day, he mustered up some strength and heaved his bloated body into the car, signaling, “I’m ready. It’s time.” I stayed in the vet’s waiting room as my mom, once again, stayed with the dog. Two strangers consoled me; they knew exactly what was going on without me saying a word.

I adopted Angel her after fostering her for three months through a local cat rescue, and she was all mine, until Derek came into the picture six years later and won her heart as well.  Angel was with me through a cross-country move to New York and back and the death of my mother. She was my traveling companion, at ease in cars, subways, trains and planes.  At parties she could be found among the throng of people, soliciting pets or simply soaking it all in. She never, ever hid. 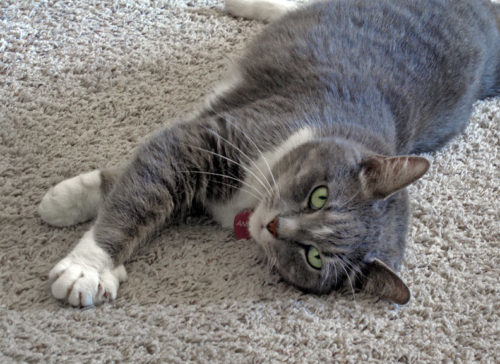 Her death, though not unexpected (she outlived her prognosis by a year), gutted me. She was the first pet that was solely my responsibility. Thus, she was the first pet I had to make the decision to euthanize. For months, I marked the weekly anniversary of her death, refused to watch anything but comedies, and swore up and down that when a song came on the radio with the word “angel” in the lyric, that she was saying hello. (Note: I still believe this.) I refused to order Chinese food for delivery on Sunday evenings because we ordered Chinese food for delivery on a Sunday evening—and Angel died the next day.  I cried when I heard Alison Krauss perform “Angel Flying Too Close to the Ground” at a concert a month after Angel died. I experienced poignant, if somewhat perplexing, feelings of longing and sadness when I’d see parents with infants or young children, for it drove home the point that I no longer had a “child” to care for. I put on a brave face, but I was a wreck until the day—eight months later—we adopted two new cats from a local rescue. Ladybug and Mama Kitty are the soothing balm my heart desperately needed, and their presence, I believe, was divinely orchestrated.

I’ve experienced the loss of human loved ones, including both of my parents, but somehow nothing quite jolts me like the death of a pet. Maybe it’s because we cannot talk to them about death. Maybe it’s because their lives are so much more painfully shorter than is fair. Maybe it’s because oftentimes we are the ones who need to make the decision to end their lives. “It’s so unfair!” my friend Cindy, who put down her beloved dog just nine months before I put down Angel, said to me soon after Angel died. It is, so unfair.

Each time a pet dies, I fear I won’t be able to love the next pet as deeply as I did the one that just passed.

And yet each time I do.

Each time I do. 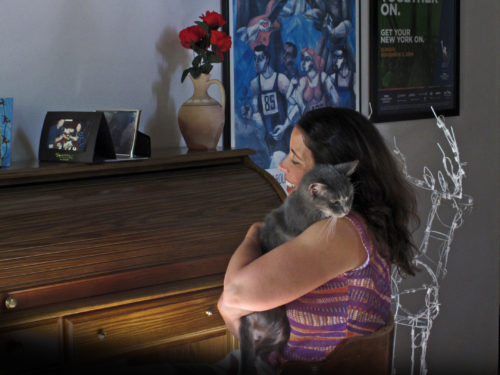