Our Feet May Leave But Never Our Hearts

Where we love is home — home that our feet may leave but never our hearts. Oliver Wendall Holmes

My childhood home doesn’t exist any more. After my mother died in 2015, I couldn’t afford to buy out my half siblings so I had to sell it. Truth is, even if money hadn’t been an issue, I don’t know that I would have wanted it — a 2000 square foot house with a bath and a half (yes, you read that correctly ..), built in the mid 1950s. The house had never been remodeled; the pool was the original, and the heater hadn’t worked in years. No master bedroom. Tiny kitchen. But I loved it anyway. The house was light and bright and cheerful. It was full of memories and smells and textures and colors. The walls held my mom’s artwork as well as my cousin Barbara’s. The library (what we called our family room) was decorated in purple and full of books. It was where we celebrated holidays and special occasions and held family gatherings. There were plenty of fights in that room, too — my family, on both sides, is full of colorful characters with strong opinions and the desire to express them. As a kid, I found the disagreements fascinating, but of course, I didn’t have to deal with the aftermath ..

My mother used to say that she never wanted to leave the house she loved so much. So I was grateful that she got her wish and was able to die at home, surrounded by people who loved her. My father died in the house as well, letting go “with all deliberate speed”, the same way he lived.

We sold the house to a developer who immediately razed it, including the huge, gorgeous flowering cherry tree in the front yard and built a nondescript, massive custom home with pillars and fake white shutters on either side of the windows. No character, no personality, but 5.5 bathrooms, 5 bedrooms and 4400 square feet. 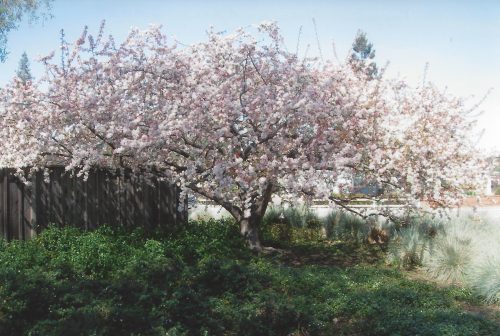 As the only child of my parents’ marriage, I inherited all of their belongings. This was a mixed blessing. Because they had both lived through the Great Depression, they were careful with their money and believed in saving EVERYTHING. Some of it was easy to get rid of — old Tupperware, a large collection of glass vases, mismatched glasses, etc. But all the papers had to be gone through, to be sure as trustee of my mom’s estate, that I wasn’t shredding anything important. Cancelled checks from the 1970s, investment prospectuses from the 1980s, typed correspondence with various vendors. Some days I felt completely overwhelmed.

But then, the gifts started appearing. I found the note my parents attached to the bottle of champagne they sent my mother’s parents the night they got engaged. A love letter that my father wrote my mother. A card that he gave me as a child. Little tchotchkes with no monetary value that put me right back in the middle of my childhood when I held them. Photos of the beautiful garden my mother created in pots in our all concrete backyard and of the gorgeous cherry tree my grandmother had given her that the builder tore out. Images of the the way the light came into the breakfast nook and the purple rug, purple couch and purple cushions in the library. 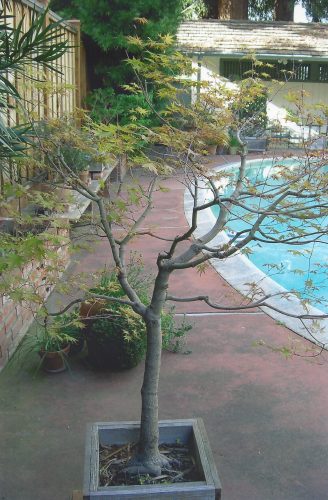 If we were lucky enough to have a mostly happy childhood, the homes we grew up in had a heartbeat. The gatherings, the shared meals, the smells, the sounds, the eccentric family members and friends, the laughter. My kids spent many a Sunday morning eating breakfast at the same table I did, wolfing down Hallah bread with “the works” on it — butter, cream cheese and my mom’s homemade strawberry jam. They ran in and out of my Dad’s home office, checking to see what he was doing, showing him their art projects and, in Jimmy’s case, teaching him about Pokemon.

My mom had been saying wistfully for several years that she wished I could spend a weekend or two with her clearing out old files and going through the stuff buried in closets and stored in the garage. Immediately after she died, I felt guilty that I’d never made the time. But soon after, I realized that it was a gift that she died with the house intact. It allowed me to wander through the rooms, looking just as they did when I was growing up, remembering my parents and the family members I love so much, watching the light dance in through the windows and glass doors, grieving deeply for all that I had lost, knowing how lucky I was to have been loved so deeply and raised so well.