If we could read the secret history of our enemies, we should find in each man’s life sorrow and suffering enough to disarm all hostility. Henry Wadsworth Longfellow

Grief is a journey, one that we can only take alone. No matter how close we are to our spouses, parents or siblings, we have to face the death of a loved one on our own. This isn’t just because we each grieve differently or because we each had a different relationship with the person who died. What can isolate us further is the guilt and shame we carry about our dead beloved. Did we say everything we wanted to say? Did we show up? Could we have prevented the death? Why did we get so irritated about such inconsequential things?

Despite the fact that we will all die someday, some of us sooner than others and many of us unexpectedly, we live as though we have time. Time to apologize for the harsh words we said. Time to hear the stories. Time to help with a chore or a project. Time to be together.

When a family member or dear friend dies, that time is gone. We become painfully aware that we have missed our opportunity, and now it’s too late. And, if we don’t share those thoughts with a dear friend or trusted therapist, they can eat at us and intensify our grief.

What gets lost in the dark is the truth about what it means to be human. We make mistakes, we get irritated, we say things in the heat of anger that we don’t mean, we hurt other people, we let other people down, we fail. 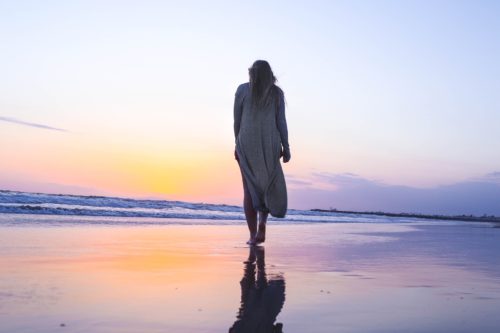 Grief and loss have a way of isolating you, of making you feel too raw or too exposed to go out or to be with other people. You feel fragile, unsettled, emotional. It’s harder to handle what people say or don’t say and easier to take the most well-intentioned comment the wrong way. We’re quicker to judge others, but we’re also quicker to judge ourselves.

In the isolation, you can convince yourself that you’re different, the only one to get irritated with a sick child or declining parent, the only one who let a friend down when she needed you most. It’s easy to think that everyone else is handling whatever life has thrown at them with grace and perfection, while you make every mistake in the book.

We second guess ourselves, running tapes of all the choices we made before our loved one died. Not just the most immediate ones about the final treatment or the last conversation but choices that can go all the way back to the beginning. Did my not knowing, and therefore not taking, pre-natal vitamins until the sixth week of my pregnancy cause my daughter’s brain tumor? Did the stress I was under at work when he was a toddler cause his mental illness? Should I have known or done more when she was young to prevent what happened later? Alone in the dark, it becomes too easy to torture ourselves with these painful thoughts, decide they’re true and then turn them into secrets.

What saves us is light and other people. Sharing our fears, telling our secrets, revealing our mistakes. Hearing other people say “Me, too!” or “Oh, that’s nothing. Listen to what I said to my mom just before she died.”

Releasing our secrets is a gift that saves not just us but other people, too. Exposing our whole selves to the light weakens the power of our regrets and mistakes and allows the happier memories of our beloveds to return. In the telling, we make space for others to be vulnerable, reveal what’s causing them pain and begin healing. In doing so, we get our beloveds back, warts and all. The good and the bad, the sweetness and the contentiousness, the laughter and the anger. Most of all, we’re able to let go of how they died and remember how they lived.