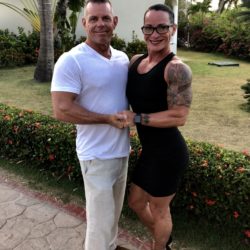 My world was forever changed on The Day. Losing the love of my life rocked me to my core, nothing I have ever faced in my life has brought me to my knees in the way this has. At 52, I am starting new, on a journey through grief and self discovery… It is in between the dash where we grow… GrieveDashGrow

She glances at the time, it’s 11:00 a.m., they have been FaceTime’ing for over an hour. They usually don’t FaceTime they would just talk or text through out the day. Today though they are having fun FaceTime’ing, it is basically silly talk, talking about the rest of day, what they were going to do.

He wasn’t answering her as much, she started to get annoyed, he said he was tired she could tell he was falling asleep . She knew once he laid down it was only a matter of minutes before he was dozing off, the same with her, they often joked about it.  She didn’t want to hang up but there was no sense to stay on if he was sleeping after a few minutes she hit the end button on the call.

She went about running her errands, stopping to get his lunch. He had dental work done so the only thing he could eat was buffalo chicken tenders he loved them, she always made sure they were in the house for him to heat up. It was maybe an hour since she ended their FaceTime call, she was glad he was napping. He had been through so much the last few weeks, not feeling good with the dental work and the sudden onset of high blood pressure.

She would get home fix him lunch get some food in to help him recover maybe take a walk down to the beach or go to the park. She doesn’t bother texting him that she is on her way home, she usually does, she doesn’t want the message alert to disturb him. He needs his rest. 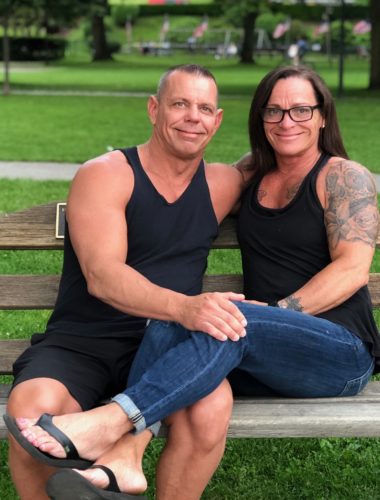 She is happy to be home she sees him on the couch sleeping as she opens the door. She makes sure to be quiet as she walks by to put the groceries on the kitchen counter. She forgot to hang her keys on the keyhook when she walked in, she turns around to walk towards the door, she stops something is wrong she runs over to him.

She touches him he is cold, his skin is different colors, her mind scrambling, she feels for a pulse on his wrist then again on his neck. She says his name but not too loud in case he is sleeping, she doesn’t want to scare him, she says it again but louder this time. All the while looking at him, her head spinning, she thinks to slap him but again if he is sleeping he is going to be pissed being slapped. It’s been only a few seconds but it feels like hours. She dials 911 and has to say the words she never thought she would say. She feels like crumbling into a ball beside him but she can’t she has to keep going to save him.

Thousand of thoughts swirl around her mind. She wonders if he was slipping away when they were FaceTime’ing not just dozing off. She blames herself, she should have screamed Bobby maybe it would have jolted him back, instead she hung up because she was annoyed… Why didn’t she call back? He was slipping away as she was getting annoyed. How utterly selfish and mean of her.

They feverishly work on him, doing everything they can to bring him back. She watches with tears streaming down her cheeks praying. She stands there watching his hand go up and down while strapped to the automatic chest compression machine, her eyes staring at his wedding ring.

After what seems like forever, they turn to her to speak. She can’t hear anything they are saying, her eyes are fixed on him. She hears one of them say there wasn’t anything she could have done. She hears another one say the time, no no no this can’t be happening as she falls to her knees. She doesn’t believe them as she kneels on the floor going over and over in her mind everything she could have done to change this nightmare. 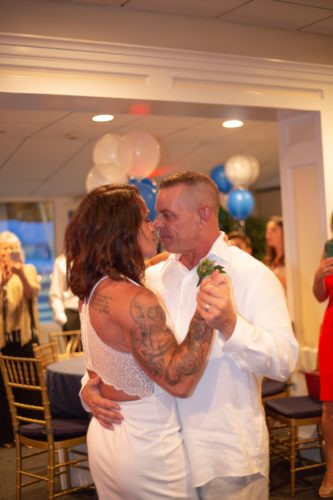 She later found out it took only 3 minutes for EMS arrived, to her time seemed to stand still. She stands there in disbelief, she wants to hug him hold him be with him as he lays there, they won’t let her. Her heart is breaking, he is by himself, she doesn’t want him to be alone she wants to be laying right beside him with her head on his chest.

Hundreds of thoughts are going through her mind. How could he be gone? She just was FaceTime’ing with him? He was fine, we were joking and laughing. Why is this happening? What cruel twist of faith, they finally found true love with each other and now he’s gone. How is she going to go on without him by her side. How is he going to go on without her?

They take him away, she wanted to hug him, kiss him and tell him she loves him but they wouldn’t let her. She stands there shocked heartbroken, she lays down on the couch where she found him, where she feels closet to him. She lays there numb thinking about their FaceTime the last time she heard his voice, his laugh and saw his beautiful smile.

As much as she doesn’t want to remember she doesn’t ever want to forget how she didn’t save him. I am so sorry Babe, I love you…