The Secret Anniversaries of the Heart

The holiest of holidays are kept by ourselves in silence and apart: the secret anniversaries of the heart. Henry Wadsworth Longfellow

January 11, 2006. The date our lives changed forever. The day the other shoe dropped, the glass broke, our lives shattered.

The moment had already happened before I got the news. Dan in the radiology department, called to the phone by the MRI technician. That dismissive, self-righteous pediatrician on the other end, now contrite and apologetic. His voice breaking as he said, “I’m so sorry about the brain tumor.” With a sentence he fractured Dan’s world, never stopping to wonder whether Dan already knew. Plunging forward with instructions, directions, a stream of information designed to cover his embarrassment for sharing such horrific news so bluntly.

Dan carried that news back to the gray fluorescent waiting room where our pale, nauseous, unsuspecting son sat waiting patiently to go home and lay down. He held it close to his chest on the drive home, settling Jimmy on the couch with Molly to entertain him before coming into the office to share it with me.

“I have something I need to tell you ..”, he said, shutting the door behind him.

My brain refused the information. Closing my eyes, I could see myself standing on the divide between before and after, like a diver on the high board. Frozen between the way it was and the way it would be from now on. It was like watching a glass fall from the counter onto the tile floor, powerless to catch it in time, knowing it would splinter in ways I couldn’t imagine or anticipate.

“No, no, no .. That is not possible.” For a brief moment, I thought I could will the whole thing away, force it to be untrue, a mistake, the diagnosis meant for some other child in some other family living some other life.

I couldn’t understand what Dan was saying. I didn’t want to understand. These things don’t happen in my family. We die of old age, in our own homes, in our own beds even. Long, full lives, that’s what we say at the funerals. 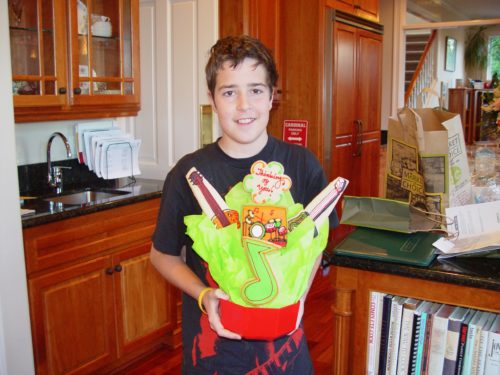 My boy, my child, my first born. The one who made us a family. That sweet, gentle soul. The self-proclaimed Type B in a Type A family. The one who worked so hard to avoid hurting others, while struggling at times to absorb the slings and arrows life shot at him.

A brain tumor. Not possible. It’s just a headache. An upset stomach. A stubborn flu. Teenage-onset migraines. Even though I’d been the one to argue with the pediatrician over his smug surety that Jimmy “just” had migraines, I now clung to that lightly tossed-off diagnosis wishing that’s what we were dealing with instead.

“Jimmy had a better chance of winning the lottery than he had of having a brain tumor,” Molly proclaimed later in her nine-year-old voice. True, and yet of no help or comfort.

The sweet moments of our life replayed in my brain like a highlight reel .. conception, pregnancy, delivery. The first flutters of life. Being kicked as he grew. Feeling Jimmy’s tiny hand or foot as it pushed hard against my belly. Jimmy stretched out inside me, living in his dark liquid space the way he lived in the world. Arms akimbo, heart exposed, embracing life and other people. Giving birth. Hearing Dan exclaim, “It’s a boy!” Named by Dan. Cherished by us both. First son. First grandson. Big brother. The only male cousin.

The moment when it all shattered. Not knowing what would happen but knowing that no matter what did happen, I wasn’t in control. Realizing that I couldn’t protect Jimmy, protect us, make it stop, force it to go away.

“We need to tell him,” Dan said, standing up. I followed him, knowing he was right but also knowing that once we walked through the office door, nothing about our lives would ever be the same. 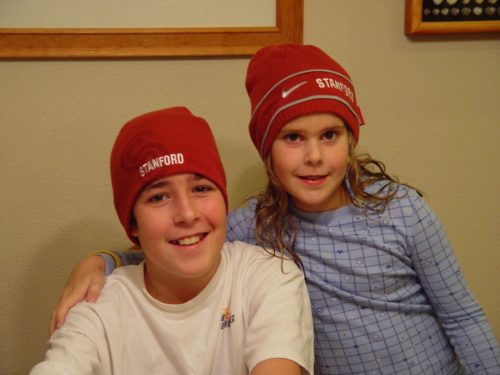