Where you used to be, there is a hole in the world, which I find myself constantly walking around in the daytime and falling in at night. Edna St. Vincent Millay

Jimmy and I were walking buddies. Molly and Dan just moved at a different speed. Eager to see around the corner, to climb to the top, to arrive at the destination, they’d take off and leave the two of us behind. Even when I wanted to keep up, there was no convincing Jimmy to move more quickly. He was the stubborn one, despite his easy going personality, and he moved at his own pace always.

When Jimmy was little, he was a dawdler, a daisy picker, a staller. I struggled to convince him that he needed to get ready so we could leave for preschool or the park, both of which he loved. He just didn’t have a high gear or faster speed. He paid attention, looked around, got distracted. And he really didn’t care that his momma had people to see and places to be.

He moved with more speed in elementary school and junior high, eager to keep up with his friends. We convinced him to run cross country in 7th grade, and he quickly outpaced me, often running backwards during a 10k race in front of me, saying, “Come on, Mom! Run faster!” 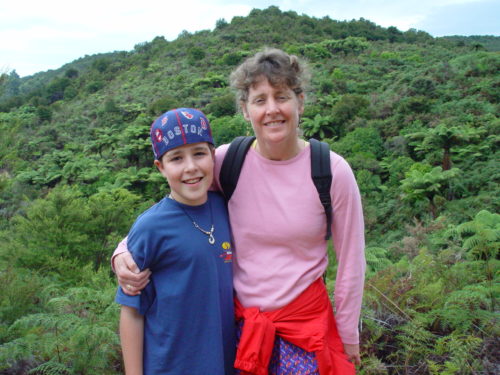 Cancer treatment slowed him down. Walking became something we did to get outside, away from the sterile walls of the hospital, the worry about the future, the anticipated side effects of the next round of chemotherapy. The outdoors became a counseling center, a confessional, a neutral open space to talk about whatever was on his mind. It was where I learned about his thoughts on God, why he didn’t worry about MRIs and the name of the girl he liked.

During his final round of conventional treatment, we spent six weeks in San Francisco, living at Family House near UCSF while Jimmy underwent daily radiotherapy. We would walk the mile to and from the hospital for treatment, stopping for lunch on the way back. Jimmy would nap for a few hours, then we’d head to Kezar Stadium to walk the tartan track.

The October weather is gorgeous in San Francisco, and some days, I’d forget how much his body was being forced to endure. On one such day, we wound up making two round trips to the hospital, walking to the track and then on to Whole Foods on the other side of the stadium. By the time we got back to Family House, we’d gone six miles. Jimmy was so tired that he could barely stay awake during dinner. On the way up to the hospital the next morning, he said, “Mom, I think it’s time we started seeing other people.”

As the radiotherapy made him more and more tired, our walking routine got harder and harder. He’d protest walking to UCSF a second time. But I’d insist. It was all I had left to do at that point. We were losing the battle against the cancer, and there were no options left. I wanted him in the fresh air, being warmed by the sun, moving his body.

Jimmy died in the wee hours of the night on February 16, 2014. Dan, Molly, our friend Renee and I stumbled into bed around 4:00 am. After a late breakfast, we headed to one of Dan’s favorite trails and started hiking. I quickly found myself at the back of the line. I could feel Jimmy’s presence, as if he were walking alongside of me.

Even after five years, Jimmy walks with me still. I see him in the vultures, circling and diving as they look for their dinner. I hear him in the sound of running water and the songs of the birds in the trees next to the trail. I feel his zest for life in the wildflowers carpeting the hills with their purple beauty and the new growth all around me. And if I listen carefully, I can hear him laughing. 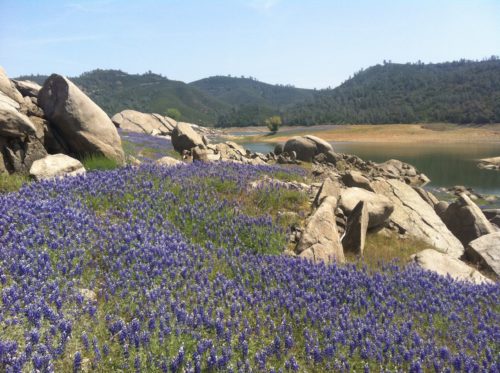