Where We Were Alive Together

Leigh: I went to Matt’s grave this week. It was the first time I’d been since he was buried, and I stood there and felt nothing.

Rebecca: Well, then maybe instead of going where he’s dead, you need to go where you were alive together … Go where the memories are. That’s where he’ll be.

For years after my father died, I would arrive at the house on Hurst Avenue expecting to find him there. Although my mother had given away his clothing, the rest of the house remained largely unchanged after his death. His teak and black leather chair still sat next to hers in the library, both chairs facing the television so they could watch The News Hour on PBS or an episode of Masterpiece Theater. In the kitchen, Dad’s old battery powered radio that he used to listen to San Francisco Giants’ games while waiting for dinner remained on the window ledge next to his chair at the kitchen table.

The one obvious change transpired when my mother took over Dad’s home office. Unlike my father, who believed in that old adage — “A place for everything and everything in its place” — my mother believed in stacks .. stacks of bills, stacks of books, stacks of drawings, stacks of colored sticky notes, stacks of random greeting cards. My father would not have been pleased by the chaos and disorganization, which is why my parents had always had separate home offices. 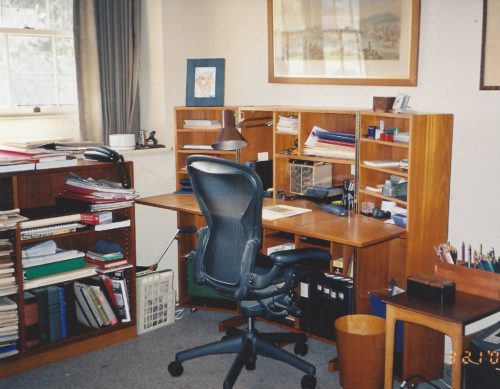 But despite how different the room looked, Dad’s essence was still there. His gorgeous, folding teak desk with lots of nooks and crannies still stood against the far wall. The beautifully made office chair, that in Dad’s final years became the one comfortable place for him to sit, remained next to the desk. His silver stag book ends still graced the book case. “The Derby Day”, a lithograph from 1866, remained on the wall above the desk. The jet black Mosler safe and filing cabinet still occupied the corner, a cabinet so heavy that my parents’ handyman had go under the house and shore up the floor before it could be delivered. 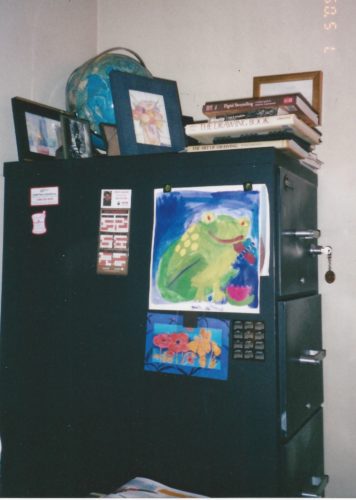 Because these key elements — the desk, the chair, the safe, the decor — remained the same, I always entered the room expecting to find Dad there, sitting at his desk, reading the Wall Street Journal, clipping articles to send to me or other family members. He loved that spot because he could see us the minute we arrived. After a quick hug for Nana, the kids would head to Poppa’s office, eager to share the toys or stuffed animals they’d brought with them. Although Dad had not been a patient man when I was growing up, he had endless patience and infinite time for Molly and Jimmy. He loved to know what fascinated them — Barney, Harry Potter, Furbies, Teletubbies — and to learn they were passionate about. One of my favorite memories is of Dad sitting patiently at his desk while Jimmy explained every character in Pokemon, their names and their powers, and how to become a Pokemon Master.

Then it was my turn. Time to sit in the woven teak chair in the office and tell Dad about how Dan and I were doing, what we were working on, how we felt about the latest political crisis or scandal, what we thought of the new 49ers quarterback.

Although the house is gone now, torn down by the builder who bought it after Mom died and replaced by a nondescript McMansion with white pillars, the memories remain. My parents bought that green corner house in 1958 and spent the rest of their lives in it. So when I miss the way my mother always knew exactly what to say when I need consoling or I wish my dad could give me advice about a business challenge, I close my eyes and picture them there. I feel the love they had for each other and for me and how contented they were in those bright, cheerful rooms. I take Rebecca’s advice and go where we were alive together and without fail, I find them both there. 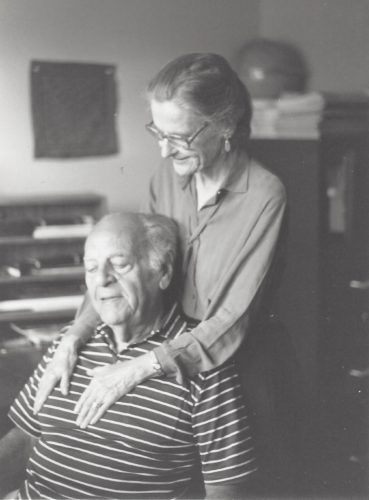