Doctors have come from distant cities, just to see me, stand over my bed, disbelieving what they’re seeing. They say I must be one of the wonders, god’s own creation and as far as they see they can offer no explanation. Natalie Merchant

Anne, like Jimmy, should have been a “gut your way through treatment and be done” kind of patient. The surgeon removes the cancer; another doctor zaps the area with radiation and the oncologist administers multiple chemo treatments. You lose your hair, you drop a lot of weight, you feel sick and tired and miserable, but you get through it and emerge, cancer free, on the other side.

When her cancer returned, Anne, like Jimmy, didn’t have the odds on her side. The recurrence was aggressive and in multiple locations. But Anne has survived. The road hasn’t been easy, but she’s here — full of love and joy and life.

Although the odds weren’t good when Jimmy’s cancer returned, the situation should have been worse. Most kids whose medulloblastoma recurs don’t live more than three to six months. The cancer typically returns like a wildfire, spreading rapidly in the brain and often all the way down the spine. Jimmy’s recurrence was slow-growing, controllable, localized. Dr. Nicholson has no explanation for why Jimmy was able to do so well or live so long.When I tried to pin him down for answers on why Jimmy’s cancer had come back, why it was slow growing or why it suddenly had become so aggressive, Dr. Nicholson would patiently remind me that medicine is both art and science, and sometimes there are no answers … or at least not yet.

I think of this gray area, this place with no easy answers (or no answers at all) so often now. In the fifteen years since Anne called to say she had breast cancer, I’ve known so many people, especially children, whose medical outcomes couldn’t be explained. Kids recovering from surgery who should have gone on to long full lives and died unexpectedly instead. Babies who went to sleep full of life and never woke up. Young people who should have survived car accidents or drug overdoses and didn’t.

And then there are those like Jimmy and Anne. The ones who shouldn’t survive as long as they do or survive at all. The ones who defy medical prognostications, the outliers for whom the clinical trial or the hail Mary pass works.

Joe Biden says he and his family didn’t know his son, Beau, was dying until the very end because they were too busy living each day. We felt like that, too. We knew what the ultimate outcome was going to be, but Jimmy’s medical team, his hospice nurse and our social worker all stressed that no one knew exactly when Jimmy would die, and that it would be a mistake to live as if we did. So we took each day as it came, enjoying every moment with Jimmy and each other, returning as often as we could to the feeling of wonder we had the day he was born. 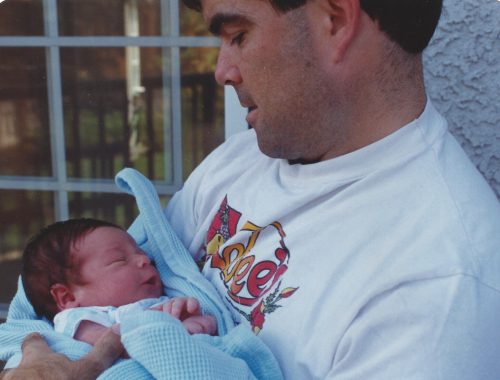